Trump Reveals Why He Called Off Military Strike Against Iran: ‘I Am in No Hurry’

Trump Reveals Why He Called Off Military Strike Against Iran: ‘I Am in No Hurry’ BY ZACHARY STIEBER for The Epoch Times

President Donald Trump said on June 21 that there’s no rush to strike Iran, following reports sourced to anonymous officials that the president ordered a military strike against Iran after it shot down an American drone but called it off at the last moment.

Trump took to Twitter on Friday morning to explain his thinking.

“President Obama made a desperate and terrible deal with Iran—Gave them 150 Billion Dollars plus 1.8 Billion Dollars in CASH! Iran was in big trouble and he bailed them out. Gave them a free path to Nuclear Weapons, and SOON,” Trump started.

“Instead of saying thank you, Iran yelled Death to America. I terminated deal, which was not even ratified by Congress, and imposed strong sanctions.” 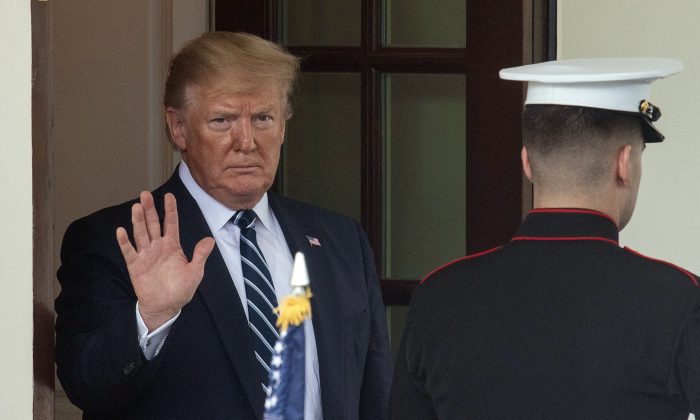 ….Death to America. I terminated deal, which was not even ratified by Congress, and imposed strong sanctions. They are a much weakened nation today than at the beginning of my Presidency, when they were causing major problems throughout the Middle East. Now they are Bust!….

….proportionate to shooting down an unmanned drone. I am in no hurry, our Military is rebuilt, new, and ready to go, by far the best in the world. Sanctions are biting & more added last night. Iran can NEVER have Nuclear Weapons, not against the USA, and not against the WORLD!

The president said Iran is weaker now than it was at the beginning of his presidency, and is causing fewer problems for other countries in the Middle East.