Whistleblower Documents Censorship Of Christians, Bible Verses, And Pro-Life Group At Pinterest, While YouTube And Twitter Try To Kill The Story By Susan Duclos – All News PipeLine

12 kg gold bar (28 pounds?) worth almost 1 million dollars. Feels strange holding it but I could get used to it. Heavy little bugger. #FortKnox pic.twitter.com/ppNUYb9KL2

In January 2018, Project Veritas shined a bright light on Twitter, showing their own engineers and former employees admitting to shadow banning and targeting and labeling those that spoke of God, guns or America First, so we know that despite claims to the contrary by big tech, there is a pattern of censorship.

We have noted and documented the type of censorship from social media giants like Facebook and Twitter, along with the censorship practices of Google and YouTube, but now we see by another Project Veritas project that this anti-Christian, anti-conservative, far left liberal mindset hasn’t just infected big tech, but apparently it is a disease that runs rampant throughout Silicon Valley.

They published six sets of document packets on their website and spoke with the whistleblower on camera. Those documents included “product code, Slack messages, and internal policies, reveal terms and websites that Pinterest apparently censors,” as reported in the lengthy and informative article over at Project Veritas. 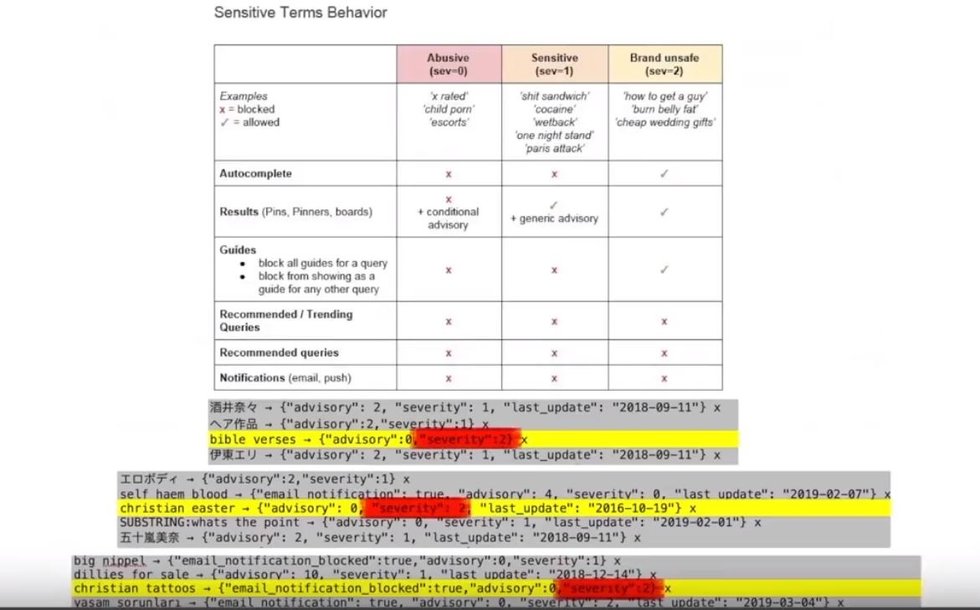 You can see more documents and the video over at Project Veritas, because exposing Pinterest kicked off a series of events which shows that Silicon Valley has given up on subtly, now that they are being investigated on anti-trust issues by the U.S. government, and have evidently decided to blatantly do as much damage to conservatives, people of faith and anti-war pundits, as possible before they can be stopped. 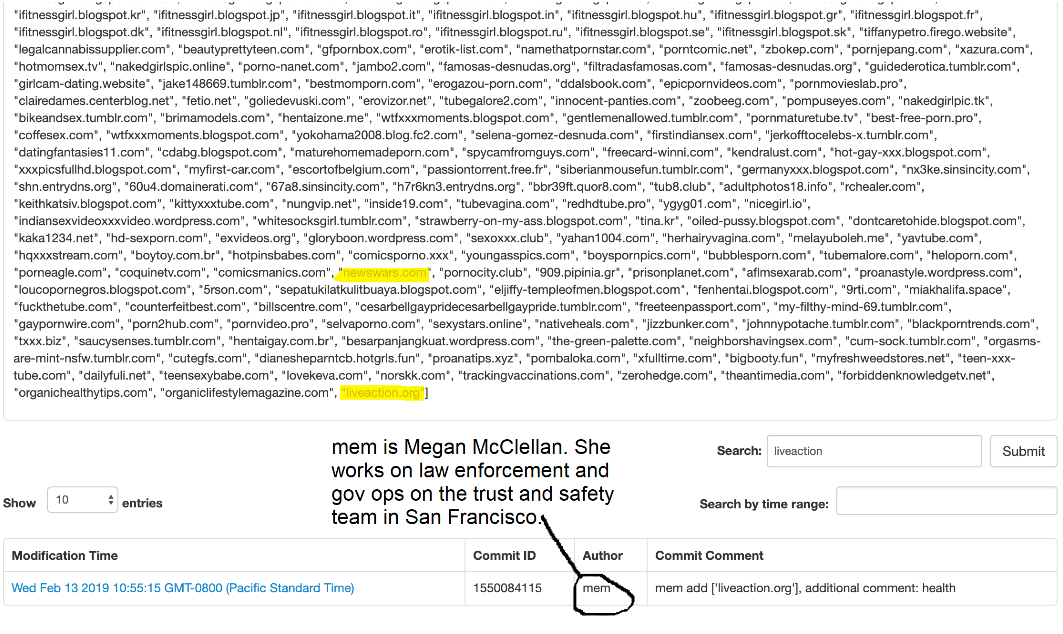 In addition to showing that Live Action had been censored, the Veritas report also showed that terms such as “bible verses” had been placed on a “sensitive” list.

Pool’s video was removed from YouTube, and he said he was given no explanation.

“Youtube has removed my video on Censorship at Pinterest without notifying me or explaining what happened. I have no opportunity to appeal,” Pool wrote on Twitter.

Yes, they censored Pool’s video on censorship. Pool had to upload his work on BitChute because of YouTube’s ham-handed handling of this entire fiasco.

YouTube wasn’t finished though, because next YouTube then decided that simply interviewing O’Keefe on the breaking Pinterest story was a “privacy violation,” as pointed out by Steven Crowder, who recently had his entire channel demonetized by YouTube because some Latino gay writer at Vox Media whined relentlessly that Crowder hurt his feelings.”

Crowder also provided a screen shot of his YouTube notification.

Project Veritas responded to the Crowder tweet by stating “So we can’t even talk about censorship or our @Pinterest investigation? So far @YouTube has removed coverage of our Pinterest story from @Timcast, @scrowder, and our own channel! The “powers that be” don’t want @Eric_Cochran’s story to be heard. It’s becoming quite clear.”