With nearly all the primary Democratic candidates for President trying to push America full bore into authoritative Socialism, the one thing supporters of the economic model fail to realize is that programs and processes are not run by the figureheads, but by people and bureaucracies that in many cases are flawed and corrupt.

And in a wonderful example of how a small and local bureaucracy nicely hamstrung the best student in a California High School, a speech given by the Valedictorian laid out exactly why any and every form of Socialism fails. 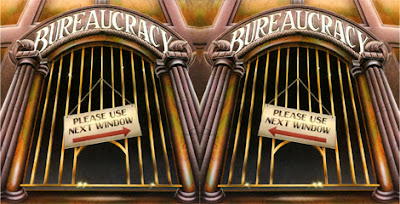 Buhr began by unloading on her counselor, to whom she said: “Thanks for teaching me to fend for myself: You were always unavailable to my parents and I, despite appointments. … You expressed to me your joy in knowing that one of your students was valedictorian, when you had absolutely no role in my achievements.

She then slammed the office staff, saying “Thank you for teaching me how to be resourceful. Your negligence to inform me of several scholarships until the day before they were due potentially caused me to miss out on thousands of dollars.

When applying for a work permit, you repeatedly turned me away, despite confirming with my employer and my parents that all of my paperwork was filled out correctly. I’ve had to escalate issues with staff to an assistant principal various times to reach any sort of solution.”

And finally – “To the teacher that was regularly intoxicated during class this year, thank you for using yourself to teach these students about the dangers of alcoholism. Being escorted out of school left a lasting impression,” said Buhr, receiving applause from the audience.

“I hope that future students and staff learn from these examples,” she said in conclusion. – Zerohedge

When Lenin triumphed in overthrowing the Tsar of Russia back in 1918, it wasn’t until his successor Joseph Stalin took power that the Revolution was able to achieve full authority over the land and people.  And the reason for this was because Stalin was trained as an administrator… a bureaucrat, and used his skills of organization to create a a system where the state thrived and the people lived in poverty and bondage.

Once power was in Bolshevik hands, the party leadership gladly left to Stalin tasks involving the dry details of party and state administration. In the power struggle that followed Vladimir Lenin’s death in 1924, the intellectual sophistication and charismatic appeal of Stalin’s rivals proved no match for the actual power he had consolidated from positions of direct control of the party machinery. By 1929 his major opponents were defeated; and Stalinist policies, which had undergone several shifts during the power struggle, became stabilized. Stalin’s doctrine of the monolithic party emerged during the battle for power. – Encyclopedia Brittanica

School systems today, along with most of the government, are built on many of the same bureaucracies originally forged out of Stalinism.  In this, there is to be no dissent, no one is allowed to be special or individual, and the bureaucracy is ‘above the law’ in that they cannot be held responsible for their actions.  And even beyond the education system we are seeing this today in full view of the FBI, the VA, and in nearly all other government agencies.

Today in Britain the bureaucracy that makes up their National Health System (NHS) has led to thousands of deaths per year as officials either ignore or conduct negligence under their Socialist based system.  And with all these current examples above occurring without nations even actually being labeled as Socialist, imagine how much worse it will be if the Marxists running for President have their way in not only bankrupting America, but in putting the people under a system that saw tens of millions die in both China, and the former Soviet Union.