Veritas has published several internal documents and interviewed the insider, who explained how the company with nearly 300 million active monthly users censors pro-life and Christian content. The leak reveals an aggressive campaign to censor conservative content under the guise of ‘hate speech’ and ‘fake news.’

Consumers are being lied to. Terms of Services are being violated. Antitrust bullying everywhere. pic.twitter.com/XnEiRDnObN

Links to the leaked documents can be viewed here, here, here, here, here and here. Of note, in February the social media platform made headlines for blocking searches related to anti-vaccination material. At the time, the company was criticized over their seemingly random methods for determining offensive content.

“There’s a secretive process with no real appeal where people are making extremely difficult subjective calls that have to do with politics, culture and religion,” said ACLU lawyer Jennifer Granick. 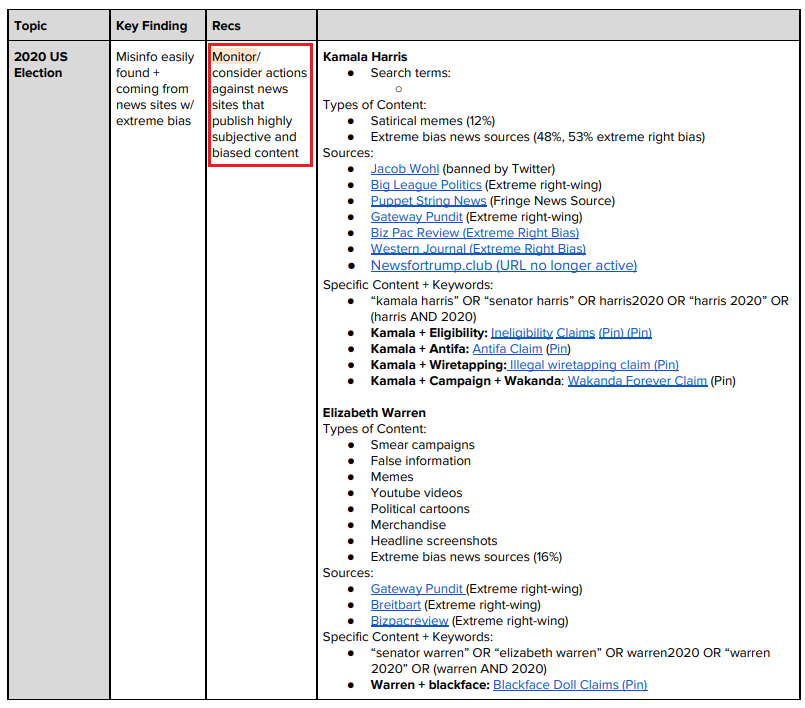