Globalist Elites Rejoice As Brexit Party Rise Increases Odds Of A “No Deal” Crisis Authored by Steven Guinness, via ZeroHedge

An argument I come across often within the independent media is how over the past few years in the UK, the establishment have served up alternative parties and candidates to counter increasing scepticism towards globalisation and elitism. The premise goes that to quell those who have become disaffected with the status quo, the political system has allowed for alternative voices to gain a footing but at the same time kept the disenfranchised within its purview of control. 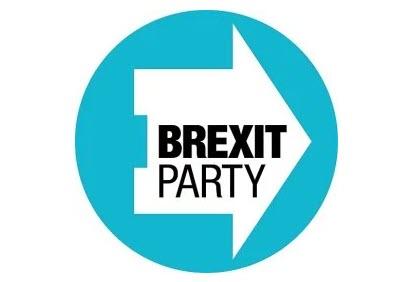 The popularity of UKIP leading up to the original EU referendum was one example, as was Jeremy Corbyn becoming Labour party leader in 2015.

Then there is the newly formed Brexit Party led by former UKIP leader Nigel Farage. The rise of this party came about in between the original Article 50 deadline of March 29th 2019 and the second cut off point of April the 12th.

When it was announced on March 21st that Article 50 had been extended until April the 12th, the next day Farage was pronounced the new leader of the Brexit party. When on April the 11th a further six month extension was implemented, twenty fours later Farage officially launched the Brexit party – on the same day Britain had been due to leave the EU.

I highly doubt this was all a coincidence. The movements of this party coincided perfectly with the enforced delays to Brexit. They were positioned to soak up the ire of those who support the UK leaving the EU, as well as those who demanded that the democratic will of the electorate be respected.

Leading into the recent EU elections, the leave side of the Brexit paradigm boasted a single coherent voice. The same cannot be said for those who wish to remain in the EU. As the recent elections demonstrated, up to five participating parties all publicly want to overturn the original referendum, as do elements of both the Conservatives and Labour. But what the system did not offer was a unified response to the Brexit party. There was no ‘Remain Party‘ option for EU advocates to coalesce around. As a result, the remain vote was split, allowing the Brexit party an clear path to victory.

My perspective on that is clear. I believe that if the objective of the establishment was to malign Brexit to the point of its demise, then a counter option to the Brexit party would have been forged. All throughout this process globalists have had ample opportunities to put a permanent halt to Brexit. But when it came down to crucial bits of legislation like invoking Article 50, it has not happened.

Some will cite the two extensions to Article 50 as evidence that the powers that be do not want the UK to leave the EU, especially under a no deal scenario. Whilst the exit day’s of March the 29th and April the 12th did not hold, I think it would be premature to look upon this as deliberate sabotage.

Over the past year I have detailed on numerous occasions why I believe a no deal Brexit is the desired outcome for the central banking fraternity. Their goal of creating a global currency framework is entirely compatible with Brexit given the exposure of sterling to a ‘disorderly‘ exit.

In the weeks leading up to the EU elections, central bank reserve managers indicated that the pound’s role as a global reserve currency would be in danger following a ‘hard‘ Brexit. I posted a two part series back in March 2019 that examined this very topic.

Since then, the threat of a no deal departure has grown rather then receded. And as things stand at present, British politics has been consumed by a new party whose leading objective is for the UK to leave the EU on World Trade Organisation Terms.

For an establishment that allegedly will do anything to stop a no deal Brexit, they are doing an extremely poor job of diverting public support away from that outcome. If their plan was to stoke up the possibility of no deal as some sort of fear tactic to pull people back to supporting EU membership, then it has failed. I would contend, though, that this was never the original intent.

How far the Brexit party advance from here will be key. Next week they have the opportunity of winning a by-election in Peterborough and with it representation in parliament. A few weeks later the Conservatives are due to select their next party leader and Prime Minister. And once that matter is settled we begin edging nearer to the Article 50 deadline of October the 31st.

The evidence suggests that any further delay to Britain leaving the EU will embolden the Brexit Party. A second referendum or general election continue to be spoken about in the media as potential causes for another extension. Let’s quickly look at each of those options in turn: