View the Frontline Documentary on Gaza That PBS Pulled

PBS stations around the U.S. were scheduled to show a riveting new Frontline documentary, “One Day in Gaza,” but at the last minute PBS pulled it.

The film is missing important context about the issue, but it includes footage that Americans, as Israel’s top funders, should see – including a young, unarmed teen being shot in her head.

BBC, the coproducer of the film, broadcast it to British viewers. We are posting it below so that Americans can also view it.

Recently, hundreds of PBS stations around the United States were scheduled to broadcast a powerful new Frontline documentary: “One Day in Gaza.” But viewers tuning in found that it had been replaced by a slightly updated Frontline report on Robert Mueller that had been broadcast two months before and had been streaming online ever since.

PBS no longer has the Gaza film listed on its schedule.

The documentary was to be aired on the one-year anniversary of events that took place on May 14, 2018, when tens of thousands of men, women, and children in Gaza gathered with the intention of deploying the tactics Gandhi had used in freeing India from British control. 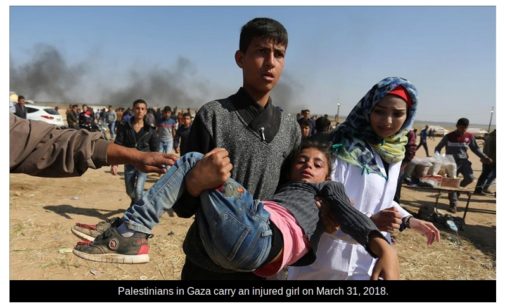 The demonstration that day was the 8th march in what Gazans named the Great March of Return.

Palestinians months earlier had announced their plan for a mass, peaceful demonstration in which Gazans would march for an end to Israel’s crippling 12-year blockade and, especially, for their right to return to homes stolen by Israel in order to create a Jewish state. Palestinians’ right to return to their homes and ancestral land is well established in international law. This fundamental right, affirmed in the Universal Declaration of Human Rights, is at the center of the Israeli-Palestinian conflict.

Israel had responded by immediately deploying a hundred snipers.

In the first seven weekly marches, Israeli forces killed about 50 of the marchers and injured over 7,000.

During the 8th march on May 14, the day depicted in the film, Israeli forces killed 60 more and shot 1,000 – an average of one person every 30 seconds.

While this was going on, a glittering Israeli celebration was taking place as a new, transplanted U.S. Embassy opened in Jerusalem, a city that Israel illegally annexedfollowing the Six-Day War that Israel launched in 1967.

Who were the protesters?

Over 70 percent of Gazans are from families that Israel forced out in its founding war to establish “the Jewish state.” Israel confiscated their homes and land and has prevented them from returning ever since. This violates international law.

For 12 years Israel has perpetrated a strangling blockade of Gaza, causing 52 percent unemployment, hunger, the kind of malnutrition that causes growth stunting in children, and increasing hopelessness.

And this blockade is just the most recent one.

On April 15, 2002 the UN Food and Agriculture Organization reported, “The total blockade has paralysed the Palestinian economy… it is now in a deep recession, with millions of people severely impoverished and extremely food insecure.”

For many years it has been tremendously difficult, sometimes impossible, for Gazans to leave Gaza, and for others to enter it. As a result, many people describe Gaza as the largest open-air prison on earth.

While U.S. news coverage in general, and the Frontline documentary in particular, emphasize the rockets fired by Gaza’s diverse resistance groups, the fact is that Israeli violence preceded the rockets and has greatly exceeded their impact.

The film says that Israel “fought three major conflicts with Hamas,” but doesn’t mention that during these, Israeli forces killed about 3,600 Gazans (many of them women and children), while Gazan fighters killed approximately 80 Israelis, the large majority of them soldiers. 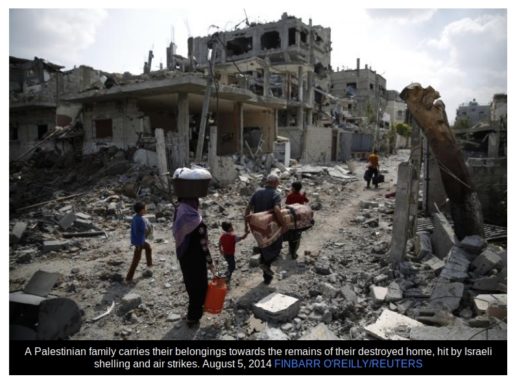 The Frontline documentary One Day in Gaza is an extremely powerful, if flawed, record of the events of May 14, 2018.

It provides Israeli views, Palestinian views, and riveting, often tragic footage of the day’s events. However, perhaps because of its striving to be “balanced,” or due to constraints imposed by Israel’s powerful lobbies in England and the U.S., the film often leans toward the Israeli narrative and obscures some important points.

The Israeli interviewees in the film are calm, articulate, and seem well-trained in presenting their talking points. Perhaps this is not surprising given that one is an army spokesman, a second is a high-ranking officer, and two are Americans who immigrated to Israel (although this fact is not revealed in the film).

Not interviewed in the film are any of the members of the Israeli group, Breaking the Silence, composed of former Israeli soldiers who describe widespread military practices of gratuitous violence and cruelty.

Below is some background on two of the Israelis featured in the film: 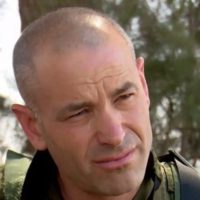 Perhaps because of time constraints, Col. Heller’s,background and political persuasion are left out of the film.

While Heller comes across as reasonable, professional, and reluctant to commit the murders we see from his troops, his resumé suggests that there is more to his story.

Heller is a member of Israel’s Religious Zionist movement, a group that has become known for its zealotry and sometimes extremist views of Jewish supremacy. He is called a “kippa shruga,” a term for the type of Jewish fundamentalist known for believing that Arabs should be expelled from Israel and for opposition to any Palestinian state, no matter how small.

It turns out that he has a previous connection to Gaza. Heller is a settler who studied at a religious Zionist yeshiva in a Gaza settlement that combined religious studies with military training. In 2005 the yeshiva was moved to Israel when the Israeli government forcibly expelled the settlers. This caused fierce objections in the settler movement. Many in the army were outraged at this action.

Heller is from Israel’s notorious Golani brigade, increasingly a bastion of the Israeli far right. An Israeli professor states: “The officer corps of the elite Golani Brigade is now heavily populated by religious right-wing graduates of the preparatory academies.” The New York Times reports that many Israelis are concerned at this development, particularly since a booklet was handed out to soldiers during Israel’s 2009 assault on Gaza that contained a rabbinical edict against showing the enemy mercy.

The Times reports: “The rabbinate brought in a lot of booklets and articles and their message was very clear: We are the Jewish people, we came to this land by a miracle, God brought us back to this land and now we need to fight to expel the non-Jews who are interfering with our conquest of this holy land.” 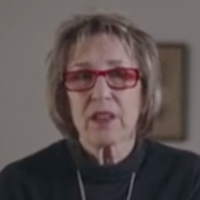 An Israeli woman featured in the film is Adele Raemer. She is described as an “Israeli grandmother” who lives two kilometers from the Gaza fence.

In the film she describes her fear of Gazans who wish to return to their homes in Israel. The film does not mention that Raemer is originally an American from the Bronx.

In 1975 she immigrated to Israel and took up residency in the Nirim kibbutz on the border with Gaza. Since the area had originally possessed no history of Jewish habitation, the Zionist movement had established it in 1946 to create a Jewish presence in the Negev in order to claim it as part of a future Jewish state.

Raemer has written that her life in the kibbutz is “95 percent heaven.” Despite being located in a desert, it has green grass and a swimming pool. A little over a mile away, Gazans are enduring a water crisis that has caused Gazan children to suffer from diarrhea, kidney disease, and impaired IQ.

The film shows the the flaws and sometimes fatal logistical failures of Hamas and Islamic Jihad leaders during the Great March and says that Hamas has “refused to recognize Israel.”