According to a United Nations security expert, the world is now closer to a nuclear war than at any time since World War 2 and most of the world isn’t even paying attention. And while those who’ve been reading ANP for a long time know it’s extremely rare for us to agree with that ‘global government body‘, we echo their concern at a time when tensions are spiking between the US and Iran, Pakistan and India are nearing a nuclear war that could lead to the deaths of billions while some Democrats continue to push the ‘Russian collusion delusion‘ that Russia expert Stephen F. Cohen warned could actually trigger a nuclear war between the US and Russia; ‘end times‘ brought on by ‘Trump derangement syndrome‘.

As Mac Slavo recently reported over at SHTFPlan, the head of the United Nations’ Institute for Disarmament Research (UNIDIR), Renata Dwan, recently said in an interview that the use of nuclear weapons is more likely today than any time since the U.S. bombed Hiroshima and Nagasaki in 1945. Adding that the use of such weapons today carried a greater risk than ever, as Dr. Peter Vincent Pry reported on ANP back in March of 2018 a nuclear war in 2019 against Russia would be the first time that ‘mutually assured destruction‘, MAD, was no longer applicable with Russia achieving ‘the holy grail of nuclear superiority‘, escalation dominance, over the United States due to their new hypersonic nuclear weapons.

So with California Senator Dianne Feinstein recently caught in a treasonous, unsanctioned phone call with Iran’s foreign minister while former Obama Secretary of State John Kerry was also recently caught attempting to negotiate with the world’s leading sponsor of terrorism, openly undermining President Trump’s foreign policy, we’ll see within this story why a US war against Iran (not to mention Russia/China) could totally backfire upon us and quickly usher in the globalists ‘end game‘ for America.

In the final video at the bottom of this story, a video linked within this Whatfinger News story, we hear from former Republican Presidential candidate Patrick Buchanan along with youtube videographer Conservative Citizen discussing why another Middle East war would be an absolute disaster for America. As Buchanan reminds us, the Iraq war was an absolute disaster based upon faulty intelligence and while Buchanan is no fan at all of the mullah’s in Iran, he warns us that Iran is several times larger than Iraq and for us to attempt to overthrow the current Iranian regime will only bring on another brutal dictator. And as we’ll see within the rest of this story, an Iranian war is a huge accident just waiting to happen.

So with all of this happening now and warnings that the planet is moving ever closer to nuclear war, at the very bottom of this story, we have embedded Cresson H. Kearny’s must read book, “Nuclear War Survival Skills“, in its entirety. 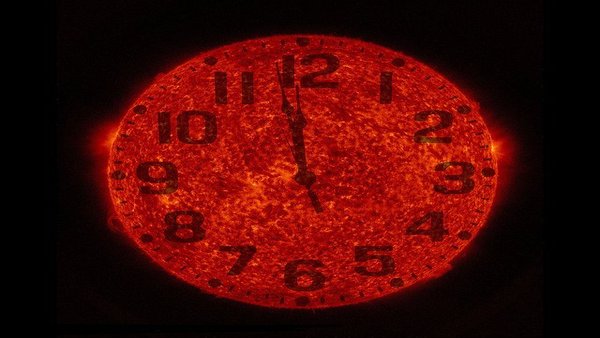 According to the Bulletin of Atomic Scientists, the world’s ‘doomsday clock‘ now stands at 2 minutes before midnight and while the decision was made back in January of 2018 to move the hands of the clock closer to midnight, no further changes have been made to it despite the announcement from the UN security expert that ‘nuclear war‘ is moving closer.

Yet that could change quickly should there be any more moves towards an Iran war being made. And while currently President Trump appears to be very much against a war with Iran, telling a Pentagon chief that he doesn’t want one, even the Washington Post recently reported that a nuclear war could quite literally ‘begin by accident‘. Though when any globalist media outlet reports something like that, we immediately shift our thinking to: ‘what do ‘they’ have planned‘?

As we had reported on ANP back on May 12th, during a war games exercises that were held back in 2002 called the “Millennium Challenge 2002”, the Iranian military completely destroyed the US Navy, adding credence to statements recently made by Iranian General Morteza Qorbani that Iran could send US ships to the bottom of the oceans using ‘secret weapons‘. What kind of new ‘secret weapons‘ might Iran have? The same General also stated that they could bring US planes to the bottom of the ocean as well hints they may have already acquired EMP weaponry.