How To Unrig The Gold Market, According To GATA’s Chris Powell

How To Unrig The Gold Market, According To GATA’s Chris Powell by Frank Holmes for Forbes

On a practical level, how does manipulation like this occur on such a global scale?

It’s done largely in the futures markets. It’s also done in the London over-the-counter (OTC) market. The mechanisms are gold swaps and leases between central banks and bullion banks, and through the sale of futures contracts.

We’ve seen a number of flash crashes in the price of gold, but lately they’ve been happening every few weeks. Somebody will dump a billion dollars or more of gold futures contracts in New York. That can be achieved only by someone with infinite resources and money, who also has a powerful interest in suppressing the price of gold. Nobody interested in making good money would dump that much gold all at once. He would sell it gradually over a period of time. I think these flash crashes are irrefutable evidence of price suppression. 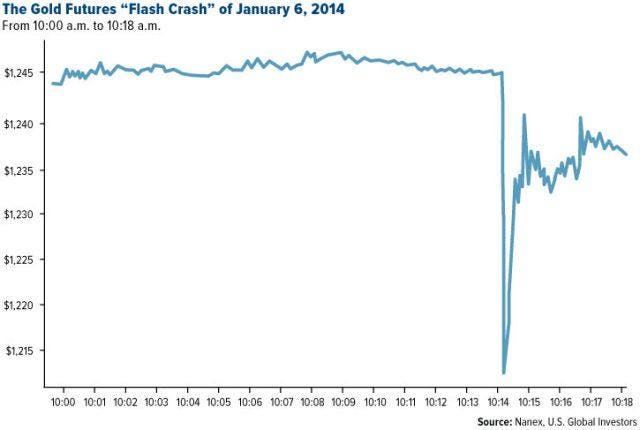 Are there any public records that point to all of this?

Yes. There’s all sorts of material in the Treasury Department and Federal Reserve archives about gold price suppression being U.S. policy. Jelle Zijlstra—the former president of the Netherlands’ central bank, who simultaneously served as president of the BIS—wrote in his memoirs that the gold price has always been suppressed at the behest of the United States through international action. You can go back to the years of the London gold pool in the 1960s, where the control of the gold price through international action was a matter of public record, operating through the Bank of England (BoE).

A very remarkable transcript exists of a meeting in April 1974 between Secretary of State Henry Kissinger and Thomas Enders, the assistant under secretary of state for economic and business affairs. Enders explains to Kissinger that U.S. government policy is to drive gold out of the world’s financial system and prevent European governments from remonetizing the metal in any way. The purpose of this policy is to support the U.S. dollar as the world reserve currency, and if not the dollar, then the International Monetary Fund’s (IMF) special drawing rights (SDR).

The Gold Anti-Trust Action Committee was organized in the fall of 1998 to expose, oppose, and litigate against collusion to control the price and supply of gold and related financial instruments. The committee arose from essays by Bill Murphy, a financial commentator on the Internet (LeMetropoleCafe.com), and by Chris Powell, a newspaper editor in Connecticut. Murphy's essays reported evidence of collusion among financial institutions to suppress the price of gold. Powell, whose newspaper had been involved in antitrust litigation, replied with an essay proposing that gold mining and investor interests should act on Murphy's essays by bringing antitrust lawsuits against financial institutions involved in the collusion against gold. The response to these essays was so favorable that the committee was formed and formally incorporated in Delaware in January 1999. Murphy became chairman and Powell secretary and treasurer.