Did You Know There Was A Prophecy Of The Crucifixion Of Jesus Christ 1000 Years Ahead Of Time?

Did You Know There Was A Prophecy Of The Crucifixion Of Jesus Christ 1000 Years Ahead Of Time? ByMichael T. Snyder for TMIN

One of the things that sets Christianity apart from all other religions is that the God of Christianity tells us what is going to happen hundreds or even thousands of years in advance, and the “gods” of all the other religions cannot. In fact, God says that His ability to tell us what is to come is one of His key identifying characteristics. In Isaiah 46:9-10 it says this: “Remember the former things, those of long ago; I am God, and there is no other; I am God, and there is none like me. I make known the end from the beginning, from ancient times, what is still to come. I say: My purpose will stand, and I will do all that I please.” 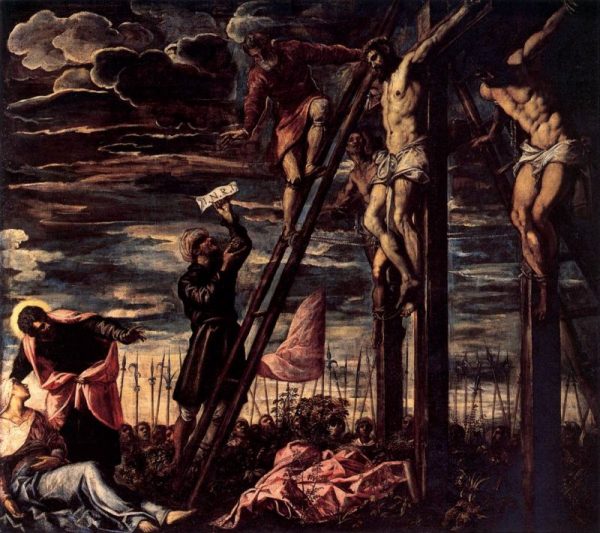 So do we see evidence of this ability by God to tell the future in the Bible?

Did you know that there is an ancient document that describes the crucifixion of Jesus Christ about 1000 years before it happened?

It’s remarkable, but it is true!

This prophecy was written by King David, and most Christians don’t even know about it.

David was the king of Israel about 1000 years before Jesus came to earth, and he was also the author of many of the Psalms.

Psalm 22 is one of David’s finest Psalms, and in it we find a stunning prophecy of the crucifixion of Jesus.

Psalm 22 starts out with the following words…..

My God, my God, why have you forsaken me?

Does that sound familiar to you?

They are words that Jesus cried out on the cross in Matthew 27:46…..

About the ninth hour Jesus cried out in a loud voice, “Eloi, Eloi, lama sabachthani?”—which means, “My God, my God, why have you forsaken me?”

So why did Jesus say these words while he was being crucified?

Well, it was an accurate description of what was taking place at that moment as Christ was hanging on the cross paying for the sins of the world.

But there is another reason.

As he was dying on the cross, Jesus cried out those words to point everyone to Psalm 22. He was in essence saying: “Look! Bible prophecy is being fulfilled right in front of you!”

And indeed Bible prophecy was being fulfilled right at that moment.

Dogs have surrounded me; a band of evil men has encircled me, they have pierced my hands and my feet. I can count all my bones; people stare and gloat over me. They divide my garments among them and cast lots for my clothing.

What an amazing description of the scene of Christ’s crucifixion!

Just consider some of the details…..

1) Hands and feet pierced.
2) Surrounded by evil men.
3) People are staring and gloating.
4) He can count his bones which implies that He has been stripped down.
5) They divided His garments and cast lots for His clothing which is exactly what happened.

This is all the more amazing when you consider that crucifixion had not even been invented when this was written. Crucifixion was invented by the Persians between 300 and 400 B.C., which is about 600 to 700 years after this Psalm was written.

This is one of the things that truly sets Christianity apart from other religions – the element of predictive prophecy.

No other religion has incredibly specific prophecies given hundreds or thousands of years in advance that come to pass.

The one true God is the only one who tells us the end from the beginning. The prophecy of Psalm 22 is just one of dozens of specific prophecies about Jesus that came to pass.

If you have a chance tonight read Isaiah 53.

It is another amazing prophecy about the Messiah who would come.

It was written approximately 700 years before Christ lived.

You won’t find this kind of thing in any other religion.

Because Christianity is true.

And if Christianity is true, and eternal life is real, then it is the most important issue for every single man, woman and child on the planet.

God is not hard to find. There is literally a mountain of evidence for Christianity, and it is right in front of your face if you are willing to see it.

We will be posting more amazing evidence for the God of the universe on this website, so please visit us often and please feel free to spread the word about this website to all of your friends.

Source – The Most Important News – http://themostimportantnews.com/archives/did-you-know-there-was-a-prophecy-of-the-crucifixion-of-jesus-christ-1000-years-ahead-of-time