Hunter Biden Must Testify Over Daddy-Linked Dealings In Ukraine, China: Schweizer from ZeroHedge

Investigative journalist Peter Schweizer has called on the Senate to invite Hunter Biden to testify about his business dealings in China and Ukraine – both of which were linked to his father, former Vice President and 2020 presidential candidate Joe Biden. 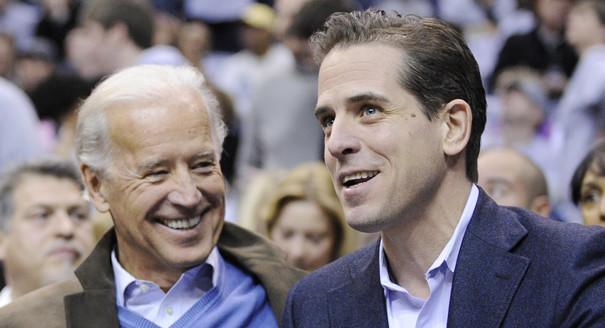 “What I’ve called for simply is for the Senate to call former second son Hunter Biden to come and testify and people look into this,” said Schweizer in an exclusive interview with The Hill. “We’re talking about large deals and large sums of money...it involves countries like China, which are America’s chief rival on the global stage.”

1/ NEW: @peterschweizer calls for Hunter Biden to testify before the Senate and for investigations into whether the Chinese/Ukrainian governments were seeking to influence US policy when they inked big business deals with his company https://t.co/hyRK5xKIaH pic.twitter.com/2z6bFVty6S

The researcher provided an overview of Hunter Biden’s alleged business dealings with Ukrainian energy company Burisma and the Chinese government in a recent New York Post op-ed that details  payments of more than $3 million to Hunter Biden’s company during a 14-month period when his father was the point person on Ukraine policy for the Obama administration. –The Hill

“In the case of the Ukraine, the very energy company that was paying Hunter Biden millions of dollars was under investigation in the Ukraine for corruption. Ukrainian officials have claimed that Joe Biden pressured them to suspend or end that investigation. That’s in fact what the Ukraine did,” said Schweizer.

In the case of China, Hunter and his partners Chris Heinz (John Kerry’s stepson) and Heinz’s longtime associate Devon Archer began making multi-billion dollar deals “through a series of overlapping entities” after creating several LLCs. In one instance, Schweizer discovered that in 2013, then-Vice President Biden and his son Hunter flew together to China on Air Force Two – and two weeks later, Hunter’s firm inked a private equity deal for $1 billion with a subsidiary of the Chinese government’s Bank of China, which expanded to $1.5 billion, according to an article by Schweizer’s in the New York Post.

Schweizer noted last week in a New York Post Op-Ed that “Hunter Biden at the time had no background in China and had little background in private equity.”