Antifa Is The Paramilitary Arm For Democrats: Creating ‘No-Go’ Zones For Conservatives And Independent Media While The MSM Turns A Blind Eye To Journalists Being Attacked

Antifa Is The Paramilitary Arm For Democrats: Creating ‘No-Go’ Zones For Conservatives And Independent Media While The MSM Turns A Blind Eye To Journalists Being Attacked By Susan Duclos – All News PipeLine

For years we have seen stories about Antifa groups setting up “no-go zones” in U.S. cities, which they call “Anti-Fascist Zones,” in an attempt to prevent any event, lecture or speech they do not agree with, declaring anyone that thinks differently than they do Is a “fascist,” and then physically attacking them.

In January 2019, Big League Politics captured a screen shot of a now-deleted post by Jam City Antifa, which included a map with areas circled in red, claiming they were “Anti-Fascist Zones,” and stating “fascists located in these areas are free engagement however seen fit.” 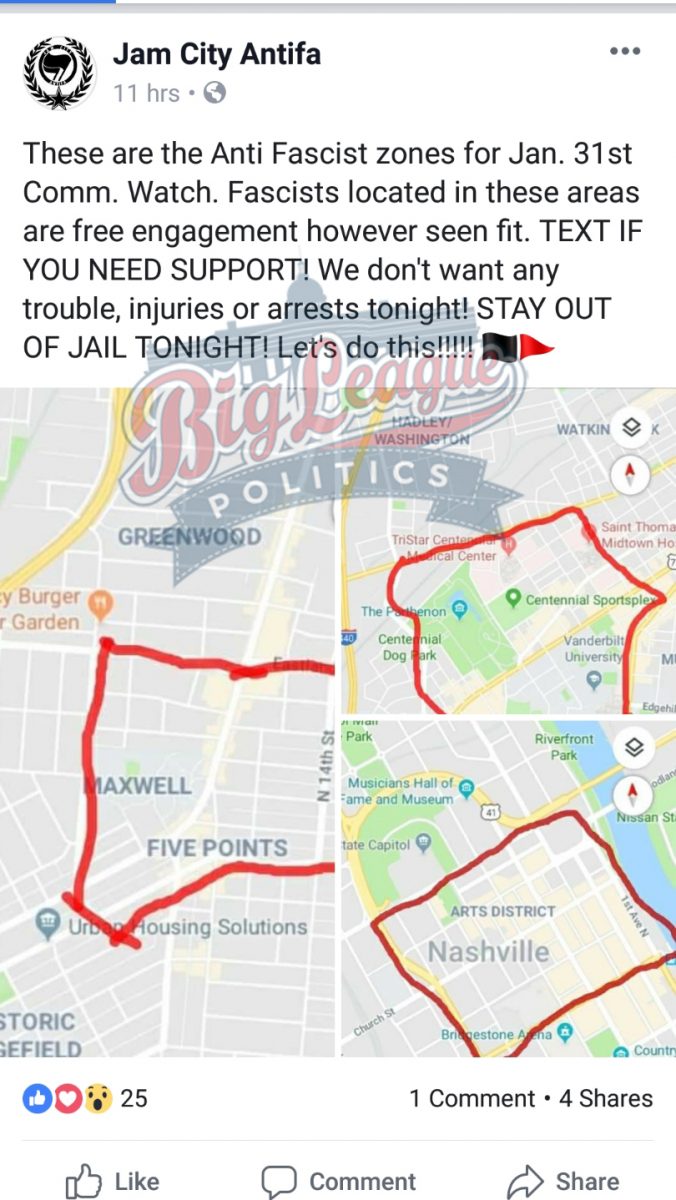 More recently, Independent Journalist Andy Ngo, who lives in Oregon, has been documenting the violent Antifa groups that have basically taken over the city of Portland. As he explains to Sky News Australia in the interview below, he has been attacked, his camera equipment destroyed, punched in the stomach, had burning chemicals sprayed on him and his crew, and Antifa groups have released his parents home address online.

What is just as horrifying as being attacked for simply reporting the truth of what is going on in Portland, is that Ngo had to go on foreign television to share his terrifying experiences, because the U.S. liberal mainstream media, the same people who claim they are endangered because President Trump simply calls them out on their push of fake news, completely ignores the violence perpetrated by Antifa. In some cases, CNN pundits have actually attempted to defend the violence, and in others, they have glorified it.

Antifa attacks peaceful free speech rallies, America first events, conservative lecturers and speakers invited onto college campuses, basically anyone that promotes any conservative values, making them nothing less than the paramilitary arm of the Democrat party.

Independent Media readers have already seen the overwhelming evidence that the liberal mainstream media these days are acting as the propaganda arm for the Democrat party, but due to the news blackout by those liberal media outlets on the increasingly frequent attacks by Antifa against free speech and differing opinions, their own audience has no clue just how dangerous Antifa groups are becoming.

Make no mistake, the reason the MSM is glorifying and defending Antifa is because the supposed “Anti-Fascist,” groups, which ironically use fascists tactics themselves, are the de-facto paramilitary arm for the Democrat party.

The MSM may not be conspiring or coordinating directly with Antifa (although it is possible!), but they are in fact working with them by refusing to report on their attacks against innocent Americans.

For example, recently it was reported here at ANP and other conservative leaning outlets, that the FBI is investigating an Antifa planned “armed rebellion” at the U.S. border, probing a plot they uncovered where Antifa members were arranging to purchase weapons from a Mexican drug cartel.

Where are so-called mainstream media on this huge story?

On the off chance that Google was just hiding the results of liberal media outlets reporting on it, I checked the NYT website, key words “Antifa Armed Rebellion,” time range set to the last month because the story broke around April 30th, and found zero results.

I won’t bother with more screen shots, but the same zero result was found at CNN (Search link here), and the pattern is clear. If the violence and actual terrorist activity, actively being investigated by the FBI, is Antifa-related, the MSM is hiding the information from their readers.