After Georgia signed it’s “heartbeat bill” into law, which bans abortion once a baby has a “detectable human heartbeat” and makes the unborn child a “natural person” under state law, feminists across the internet lost their minds and started proposing a “boycott” on sex with conservative men, with others calling for a complete #SexStrike saying “we cannot risk pregnancy,” until they “get legal control” over their own bodies.

Other feminists attempted to intervene by explaining “this is not how feminism works,” while conservatives “pounced” to explain that it has been a long-held conservative belief that abstinence prevents unwanted pregnancy, thereby decreasing the amounts of abortions conducted every day.

It began with a failed democrat Florida congressional candidate, Pam Keith,” who tweeted on May 10th, “Ladies: STOP having sex w/conservative men. TOTAL👏🏽COMPLETE👏🏽SEX👏🏽BOYCOTT.👏🏽 Don’t let them anywhere near you. Give them the hand and keep it moving. Get a B.O.B. But make it a rule to run, not walk, from men who want to steal your agency over yourself & your life. That’s it.”

On May 11, has-been actress Alyssa Milano, jumped on the bandwagon and called for a complete #SexStrike, claiming “Our reproductive rights are being erased. Until women have legal control over our own bodies we just cannot risk pregnancy. JOIN ME by not having sex until we get bodily autonomy back. I’m calling for a #SexStrike. Pass it on.”

Hollywood has-beens, like Bette Midler, and some online feminist activists supported the idea, using the same flawed logic and terminology, with claims that “our reproductive rights” are “being systematically eliminated!”

Note -Before moving on to the mixed reactions and infighting this is causing among the feminist community, it should be noted that no one is attempting to stop women from reproducing, so using the term “reproductive rights,” is deliberately misleading. Killing a baby, abortion, is not about “reproducing,” it is about terminating life. 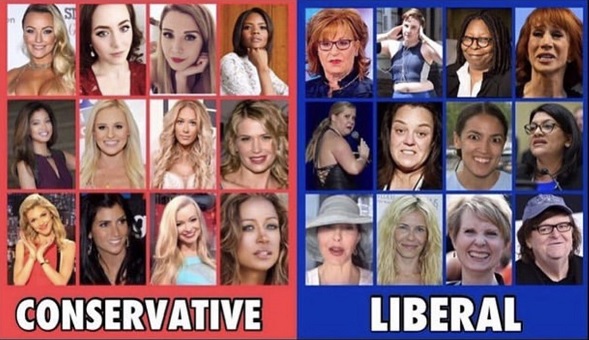 CONSERVATIVES APPLAUD WHILE MOST FEMINISTS CRINGE

Interestingly, this may be the first time in history that conservatives agreed with Milano, a far left feminist #MeToo activist, while other feminists cringed and attempted to explain to Milano how weaponizing the female body and using it as a “bargaining chip” isn’t “how feminism works.”

Feminist next door: “Please stop feeding the narrative that women are providers and men are consumers of sex. Bribing men for equal rights with access to our bodies is not how feminism works.”

Hannah Dillon: “This exactly. 1. Men are not the only ones who enjoy sex. 2. “Sex strikes” reinforce the idea that our only value as women is our ability to provide gratification to men. ”