America’s Neocon Obsession with Hegemony Is Alienating the Whole World

The American foreign policy Blob’s latest worry is that Venezuela’s radical leftist government is reaching out to the Middle East for support against growing pressure from Washington.

Specifically, President Nicolás Maduro is reportedly trying to establish extensive political and financial links with Syrian President Bashar al-Assad and his ally in Lebanon, Hezbollah. The latter has repeatedly condemned U.S. policy towards Maduro, and already appears to have shadowy economic ties to Caracas. There are indications that Maduro’s regime may be utilizing Hezbollah to launder funds from the illegal drug trade. 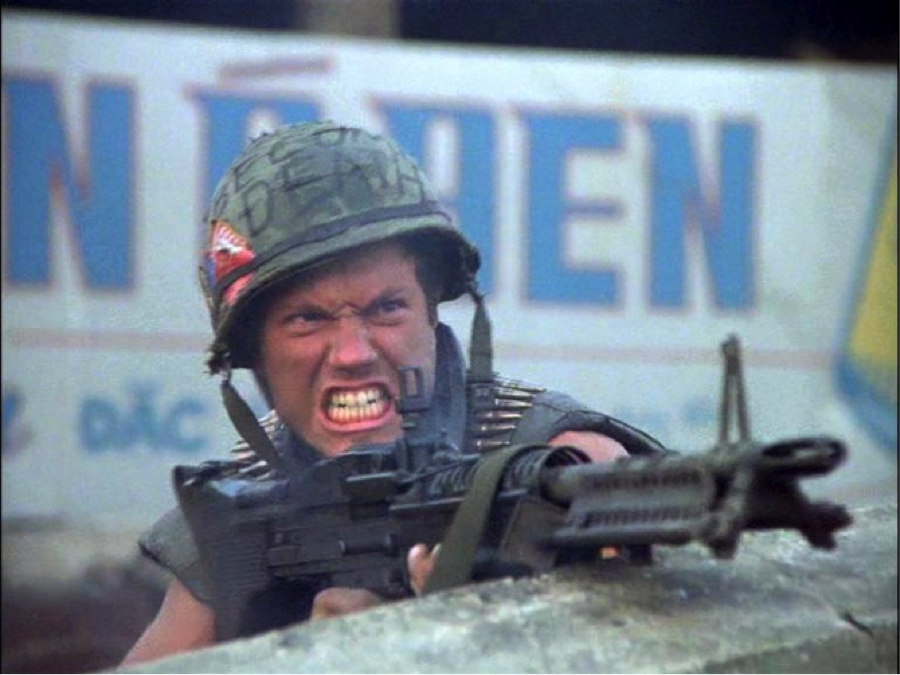 Washington’s fear is that lurking behind an Assad-Hezbollah-Maduro alliance is America’s arch-nemesis, Iran, which has close relations with both Assad and Hezbollah. Tehran’s apparent objective would be to strengthen the Venezuelan regime, boost anti-U.S. sentiment in the Western Hemisphere, and perhaps acquire some laundered money from a joint Maduro-Hezbollah operation to ease the pain of U.S. economic sanctions re-imposed following the Trump administration’s repudiation of the nuclear deal.

Although Iran, Assad, and Hezbollah remain primarily concerned with developments in their own region, the fear that they want to undermine Washington’s power in its own backyard is not unfounded. But U.S. leaders should ask themselves why such diverse factions would coalesce behind that objective.

It is hardly the only example of this to emerge in recent years, and the principal cause appears to be Washington’s own excessively belligerent policies. That approach is driving together regimes that have little in common except the need to resist U.S. pressure. Washington’s menacing posture undermines rather than enhances American security, and especially in one case—provoking an expanding entente between Russia and China—it poses a grave danger.

The current flirtation between Caracas and anti-American factions in the Middle East is not the first time that American leaders have worried about collaboration among heterogeneous adversaries. U.S. intelligence agencies and much of the foreign policy community warned for years about cooperation between Iran and North Korea over both nuclear and ballistic missile technology. During the Cold War, a succession of U.S. administrations expressed frustration and anger at the de facto alliance between the totalitarian Soviet Union and democratic India. Yet the underlying cause for that association was not hard to fathom. Both countries opposed U.S. global primacy. India was especially uneasy about Washington’s knee-jerk diplomatic and military support for Pakistan, despite that country’s history of dictatorial rule and aggression.

Alienating India was a profoundly unwise policy. So, too, has been Washington’s longstanding obsession with weakening and isolating Iran and North Korea. Those two countries have almost nothing in common, ideologically, politically, geographically, or economically. One is a weird East Asian regime based on dynastic Stalinism, while the other is a reactionary Middle East Muslim theocracy. Without the incentive that unrelenting U.S. hostility provides, there is little reason to believe that Tehran and Pyongyang would be allies. But Washington’s vehemently anti-nuclear policy towards both regimes, and the brutal economic sanctions that followed, have helped cement a de facto alliance between two very strange bedfellows.

Iranian and North Korean leaders have apparently reached the logical conclusion that the best way to discourage U.S. leaders from considering forcible regime change towards either of their countries was to cooperate in strengthening their respective nuclear and missile programs. Washington’s regime change wars, which ousted Iraq’s Saddam Hussein and Libya’s Moammar Gaddafi—and the unsuccessful attempt to overthrow Syria’s Assad—reinforced such fears.

The most worrisome and potentially deadly case in which abrasive U.S. behavior has driven together two unlikely allies is the deepening relationship between Russia and China. Washington’s “freedom of navigation” patrols in the South China Sea have antagonized Beijing, which has extensive territorial claims in and around that body of water. Chinese protests have grown in both number and intensity. Bilateral relations have also deteriorated because of Beijing’s increasingly aggressive posture toward Taiwan and Washington’s growing support for the island’s de facto independence. The ongoing trade war between the United States and China has only added to the animosity. Chinese leaders see American policy as evidence of Washington’s determination to continue its status of primacy in East Asia, and they seek ways to undermine it.