For years the liberal national media hyped every story where violence against abortionists by pro-life activists occurred, while completely ignoring the violence by pro-abortion activists against peaceful pro-life activists, as did the FBI in their domestic terrorism briefings given to law enforcement, until 2017, when the FBI acknowledged and warned of “pro-choice extremists.”

The FBI, under the Trump administration, finally addressed the fact that there are “dangerous lone wolf extremists,” on both sides of the issue, which sent liberal websites into a frenzy, claiming it was a bogus “non-problem,” and didn’t exist, yet the multitude of examples shown below, proves just how extreme and violent many “lone wolf” pro-abortion extremists truly are. 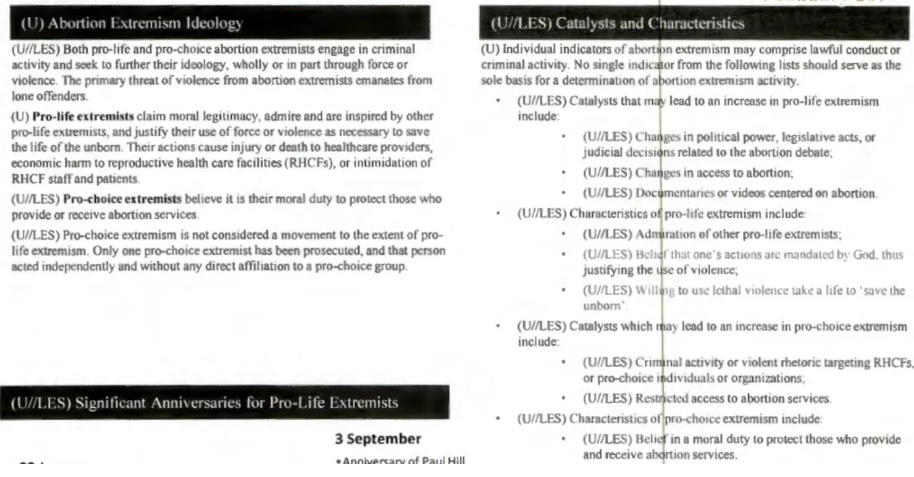 (Click image to enlarge – Will open in separate tab or window)

Note– There are a number of videos throughout this article because seeing is believing and quite often the brutal violence is captured on camera.

Many pro-live activists would say that any and every pro-abortion activist is violent simply because they are in favor of killing babies in the womb, especially now that we have many Democrats supporting extreme abortion bills that would allow an abortion right up until the moment of birth, when the baby moves, feels and has a heartbeat and could survive outside the womb.

That is not the “violence,” being addressed here though, we are talking about pro-abortion activists that physically attack anyone that is showing the truth of the violence done to babies in the womb during an abortion, and harrassing peaceful protesters and/or vandalizing their property.

The first example, shown in the video below, is from April 2, 2019, at the University of North Carolina, Chapel Hill, when a male pro-life activist from Created Equal set up a poster display, which depicted an unborn baby violently killed.

As the pro-life activist was talking to to someone, a woman can be heard saying “Did y’all put these up?” When he confirmed that he did, she physically attacked him, running up to him and punching him in the face multiple times, then once in the stomach, according to the eye witness talking to the police. She then launched into a profanity filled tirade, before the eye witness told her she had to stay because the police had been called. The police cited the woman for assault, and she must appear in court.

The example above is not an outlier, but has become the norm for pro-abortion extremists that think nothing of committing violence and/or vandalism in an attempt to prevent pro-life activists from showing the reality of abortion, and the living beings that are killed during an abortion procedure.

April 2019, Donna Durning, a woman that has spent 20 years being a sidewalk counselor, was violently attacked by a younger woman outside the E.M.W. Women’s Surgical Center in Kentucky. Durning handed the woman a card after she exited the abortion mill and said “Honey, this is for you; if you want to talk to somebody there’s a phone number there.” The woman grabbed her by the shoulders and physically threw her on the ground. The elderly woman was hospitalized with a bleeding head and a broken leg.

January 2019, a pro-life abortion protester was protesting outside of a Texas abortion facility, when a man in a truck first asked him if he “wanted to die,” then asked again if he wanted to die along with his whole family. The pro-life protester told him repeatedly, “Jesus loves you” before the man got out of his truck, then physically attacked him, punching him repeatedly.