American Casualties in Iraq and Afghanistan: Cooking the Books?

American casualty statistics for its war in Afghanistan and Iraq are false. In Afghanistan, the Taliban, according to the press, were destroyed with ease. The US said 800 Taliban were killed in the initial attack in 2001, while Iranian and Afghan sources said eight. The Taliban are battle-hardened veterans and most of the Americans were green and far from home. 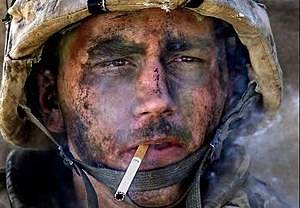 The Iraqi story made no sense from the start. The Iraqi army was a first class, Soviet-trained machine of over a million soldiers, most of whom were combat-hardened in the war with Iran. That war ended in 1988, giving more than two years for that dynamic economy to recover and replenish its losses. They were deeply dug in and waiting for the American assault. Their anti-aircraft batteries were Soviet made and well manned. Yet, the green American army rolled over all of this with no difficulty, showing almost no casualties. Has this happened ever in the history of war?

In 2003, the Russian-language Foreign Military Review published its own intelligence statistics for the Iraq war. The author was a Colonel A. Svidirov. The argument he made was that the US has an accounting method that wildly underestimates losses. Losses are understated due to the presence of paid mercenaries fighting for the US taking a large percentage of the loss (Sviderov, 2003).

Interestingly, those killed “in terrorist attacks” are not listed among official casualties. What might a “terrorist attack” be is defined by the commander of the unit where the dead soldier served. For example, up to half of the losses in patrol against Iraqi guerrillas do not appear in loss statistics (Bulochnikov, 2016).

Further, it was non-Americans who bore the brunt of the major assaults. Whether it be newly minted “Iraqi soldiers” or other coalition members from the Middle East, these were the majority of the first wave attacks. The Kuwaiti force was 140,000 at America’s disposal. The Turks had  5,000, Bahrain had 3,000 (Svidirov, 2003).

The suppression of the Shiite uprising in Fallujah were Muslims fighting for the Americans. All NCOs were non-Americans. The thought was that this would make more sense than “white men” attacking a non-white city. Local collaborators and PMCs have been studiously ignored by the press, but they were significant.

Friendly fire statistics are not reported as official casualties either. Soldiers dying without the presence of bullet or shrapnel wounds are also ignored and not included in the casualty lists (Svidirov, 2003). Soldiers who die later in the hospital are not included in casualty figures either.

Remember too that receiving death benefits requires the family signing a “non-disclosure” agreement with the government. “Embedded” journalists also contribute to the misreporting of casualties. How “embedded journalism,” an oxymoron, became acceptable is a separate paper. Deserters are not counted at all. Tanks damaged by enemy fire were taken for repair and destroyed once repairs were deemed impossible. These were not counted among materiel losses. The difference here is between 30 and 850 pieces destroyed. Col. Svidirov writes:

The performance of the US military in the first phases of the Iraqi war were disastrous. They failed to perform well against Iraqi air defenses. The result was to move the operation to attack civilians. Only with the support of the media could US authorities its enormous losses (in six days of fighting, the US military has lost 15 thousand soldiers, 600 tanks and 18 pieces of the latest-bomber aircraft in 1991). The convincing victory of the Iraqi armed forces were associated with well-trained and experience personnel, as well as the availability of reliable and modern military equipment purchased in Russia, Ukraine and China (Svidirov 2003).

This makes more sense than the official story. American exceptionalism also stretches to the claim that its media alone doesn’t exaggerate the enemy’s losses and downplay its own. No, the American press is far worse than the state-run press elsewhere. Anatoly Matviychuk, initially writing in Russian Soldier magazine in 2012, stated:

[The war’s] results for America were deplorable. The ground battle was gained at a high price, in six days from February 24 to March 1, about 10 thousand “coalition” soldiers (data from Konstantin Kolontayev, historian and journalist, dated May 2, 2009) were killed and 60 tanks were destroyed. The US managed, with the support of the whole Western mass media and Gorbachev of the USSR, to convince the world that this was a victory.  There was no victory, since the main goals set for this war were not reached. Iraq’s ground forces were not surrounded and destroyed in Kuwait and southern Iraq and [the US] failed to overthrow Saddam Hussein’s regime and install liberal puppets (Matviychuk, 2012).

This is a slightly different set of figures than the official ones we hear of daily. Iraq’s air defenses destroyed the myth of American “stealth technology.” Soviet-era radar picked them up. In the first seven months of fighting in Iraq, the US and Britain lost more than 300 of their newest aircraft. Naturally, reporting on this would be a problem.