The Colossal Failure in Afghanistan

The Special Inspector General for Afghanistan Reconstruction or SIGAR just released the third edition of its High-Risk List to the 116th Congress of the United States and the Secretaries of both State and Defense.

In this report, SIGAR identifies the most serious threats to the American government’s $132 billion reconstruction efforts in Afghanistan.  This information is of particular interest and importance given that negotiations are currently underway to end the United States’ involvement in Afghanistan, involvement that began on October 7, 2001, making this the longest military engagement in American history. 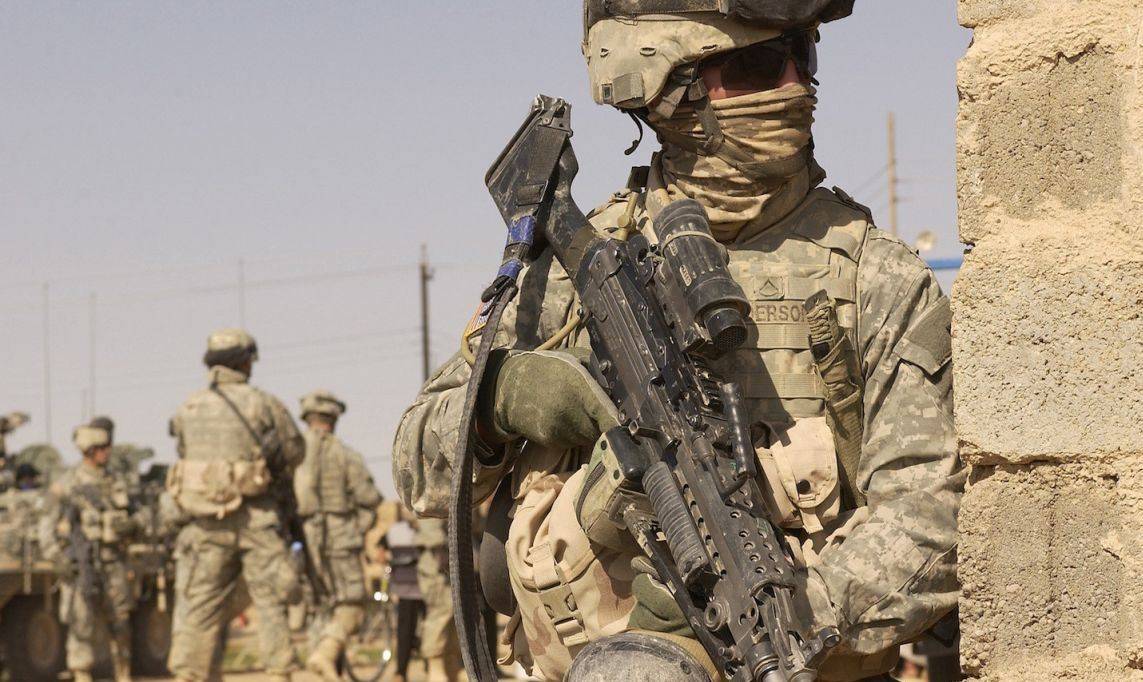 The report opens with this rather sobering summary of the past, present and future in Afghanistan:

“The $132 billion appropriated since 2002 for Afghanistan’s reconstruction has been used to train and equip Afghan security forces, strengthen government institutions, promote the rule of law, protect women’s rights, improve health and education, and stimulate economic development, among other objectives.

Yet the gains from our nation’s investment in Afghanistan’s reconstruction face multiple threats: continued insecurity, endemic corruption, weak Afghan institutions, the insidious impact of the narcotics trade, and inadequate coordination and oversight by donors.

While an equitable and sustainable peace agreement in Afghanistan could end much of the violence that presents the greatest threat to the reconstruction effort, a peace agreement may bring its own set of challenges to sustaining the gains that the United States, its Coalition partners, and the Afghan government have achieved over that time.” (my bold)

Here is a listing of the eight current high risk areas:

1.) Widespread Insecurity – whether a peace plan is put into place or not, Afghanistan is likely to continue to experience multiple violent extremist organizations.  The Afghan National Defense and Security Forces require annual funding of between $4 billion and $5 billion to remain viable.

3.) Endemic Corruption – Corruption is endemic and forms a significant threat to the Afghan government.  This means that reconstruction programs will continue to be subverted and are likely to fail.  Here is a graphic from Transparency International showing where Afghanistan lies on the global spectrum when it comes to corruption: 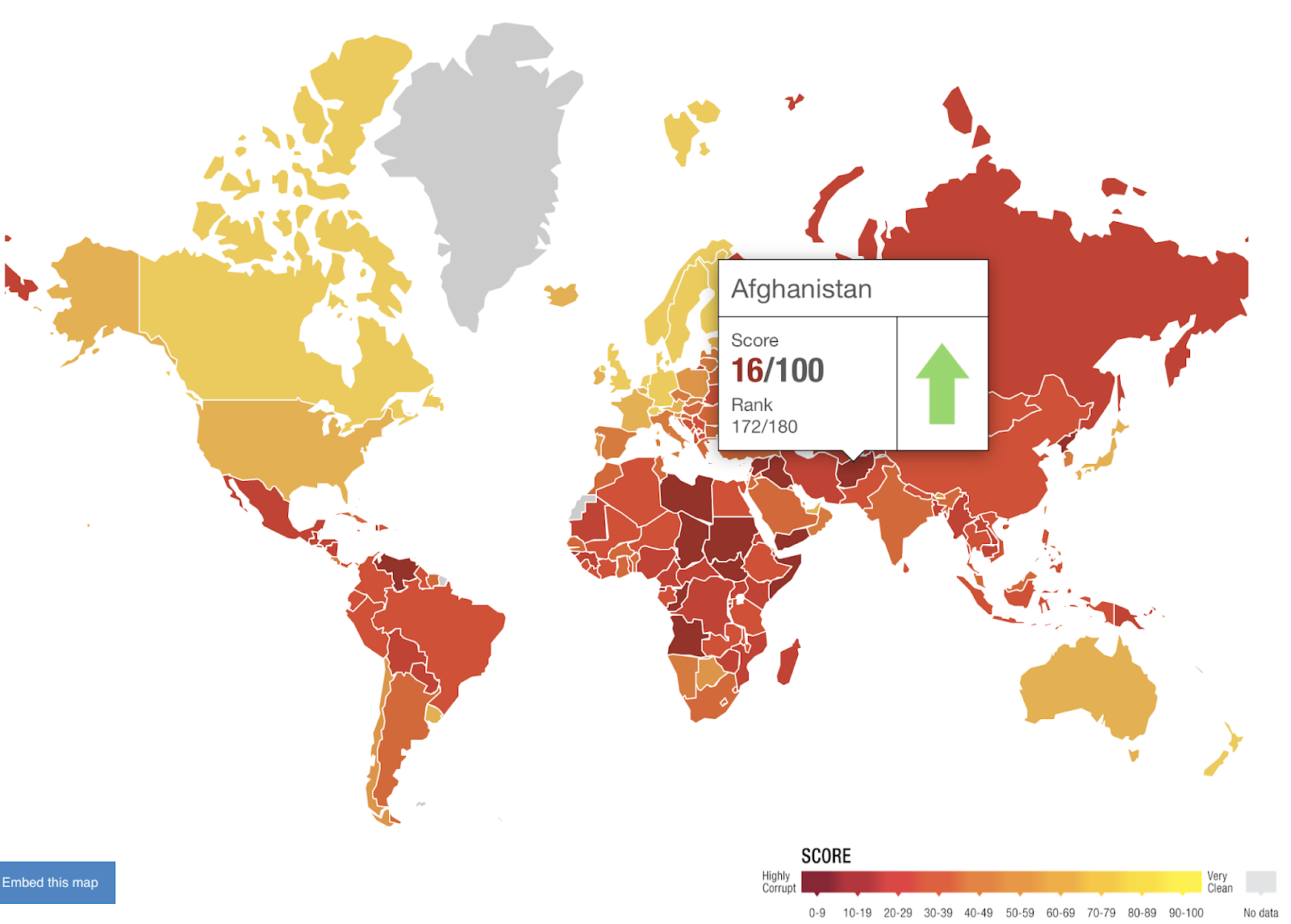 Afghanistan has the world’s 9th lowest corruption score as shown on this list: 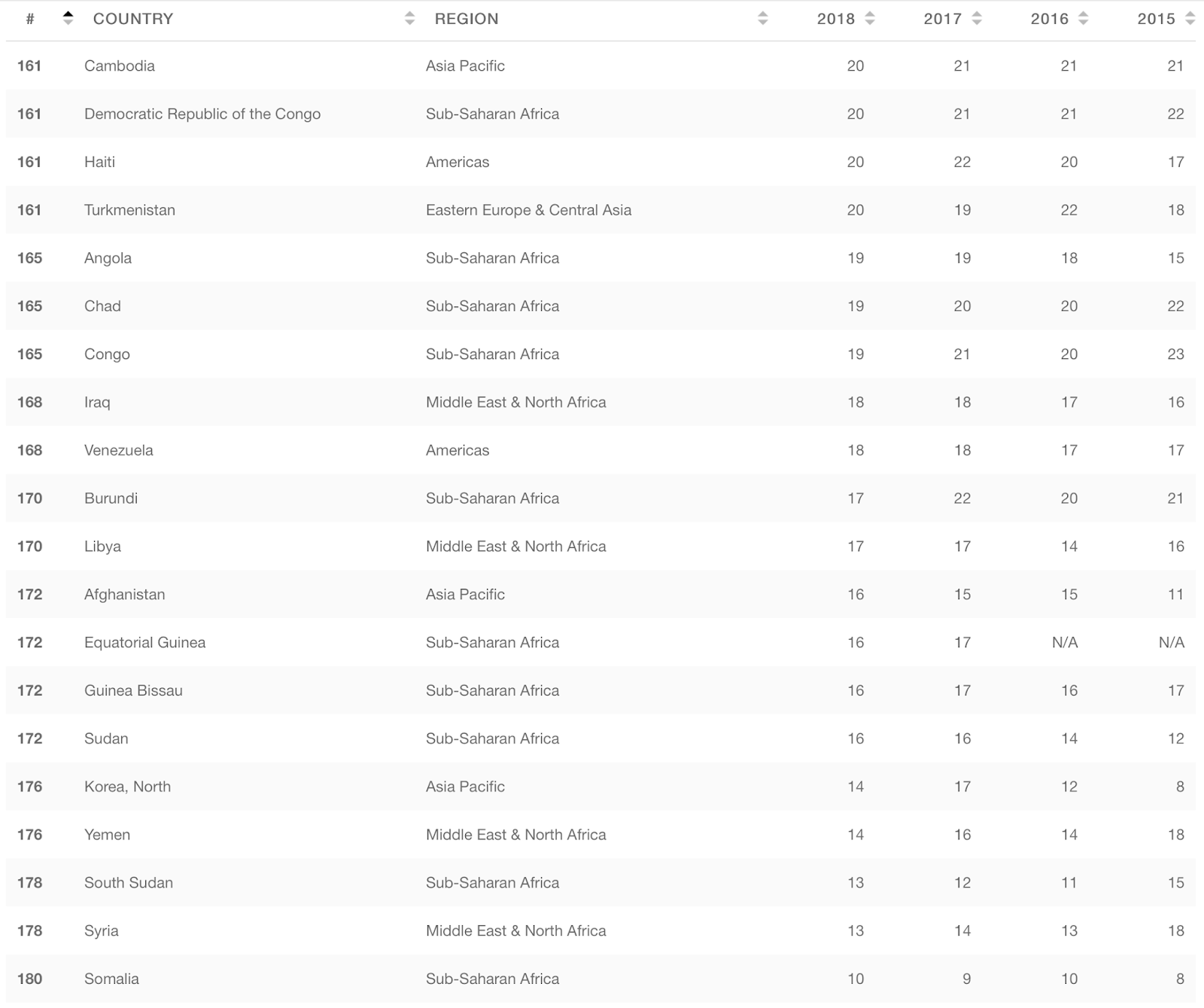 5.) Illicit Narcotics Trade – Afghanistan remains the world’s largest producer of opium poppies and had the two highest years of cultivation in 2017 and 2018.  Funds from the illicit drug trade fund the Taliban, corrupt members of the Afghan government, military and police and also employ 600,000 Afghanis.