TDC Note – Are seeing some light at the end of a very dark tunnel? Perp walks in the near future for some of this treasonous filth?

RATCLIFFE: So let me if I can, I know I’m testing your memory. But when you say advice you got from the Department, you’re making it sound like it was the Department that told you: You’re not going to charge gross negligence because we’re the prosecutors and we’re telling you we’re not going to …

PAGE: That is correct.

RATFLIFFE: …bring a case based on that. 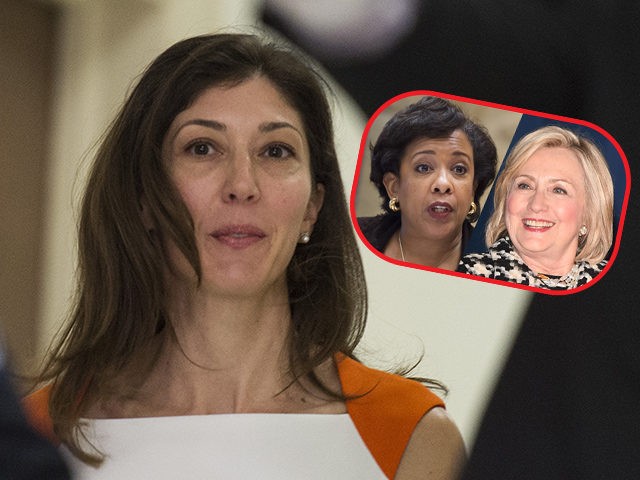 Lisa Page confirmed to me under oath that the FBI was ordered by the Obama DOJ not to consider charging Hillary Clinton for gross negligence in the handling of classified information. pic.twitter.com/KPQKINBtrB

Page confirmed that the Department of Justice led by Attorney General Loretta Lynch had “multiple conversations” about charging Clinton with gross negligence but noted that it would be a rare decision.

“[T]hey did not feel they could sustain a charge,” she said, referring to the Department of Justice.

President Donald Trump reacted to the reports on Wednesday.

“The just revealed FBI Agent Lisa Page transcripts make the Obama Justice Department look exactly like it was, a broken and corrupt machine,” he wrote. “Hopefully, justice will finally be served. Much more to come!”

The just revealed FBI Agent Lisa Page transcripts make the Obama Justice Department look exactly like it was, a broken and corrupt machine. Hopefully, justice will finally be served. Much more to come!