A Bridge Too Far: Trump Overreaches in Venezuela

A Bridge Too Far: Trump Overreaches in Venezuela by Finnian Cunningham for Russia-Insider

Trump’s bid for regime change in Venezuela is starting to look like a fatal overreach. With the South American country’s military remaining firmly loyal to President Maduro, embarrassing questions loom over US’ dubious game plan

It is not just Washington’s reputation that will take yet another grievous hit. So too will those European states which have shamefully rowed in behind the tawdry attempt at destabilizing a sovereign nation. 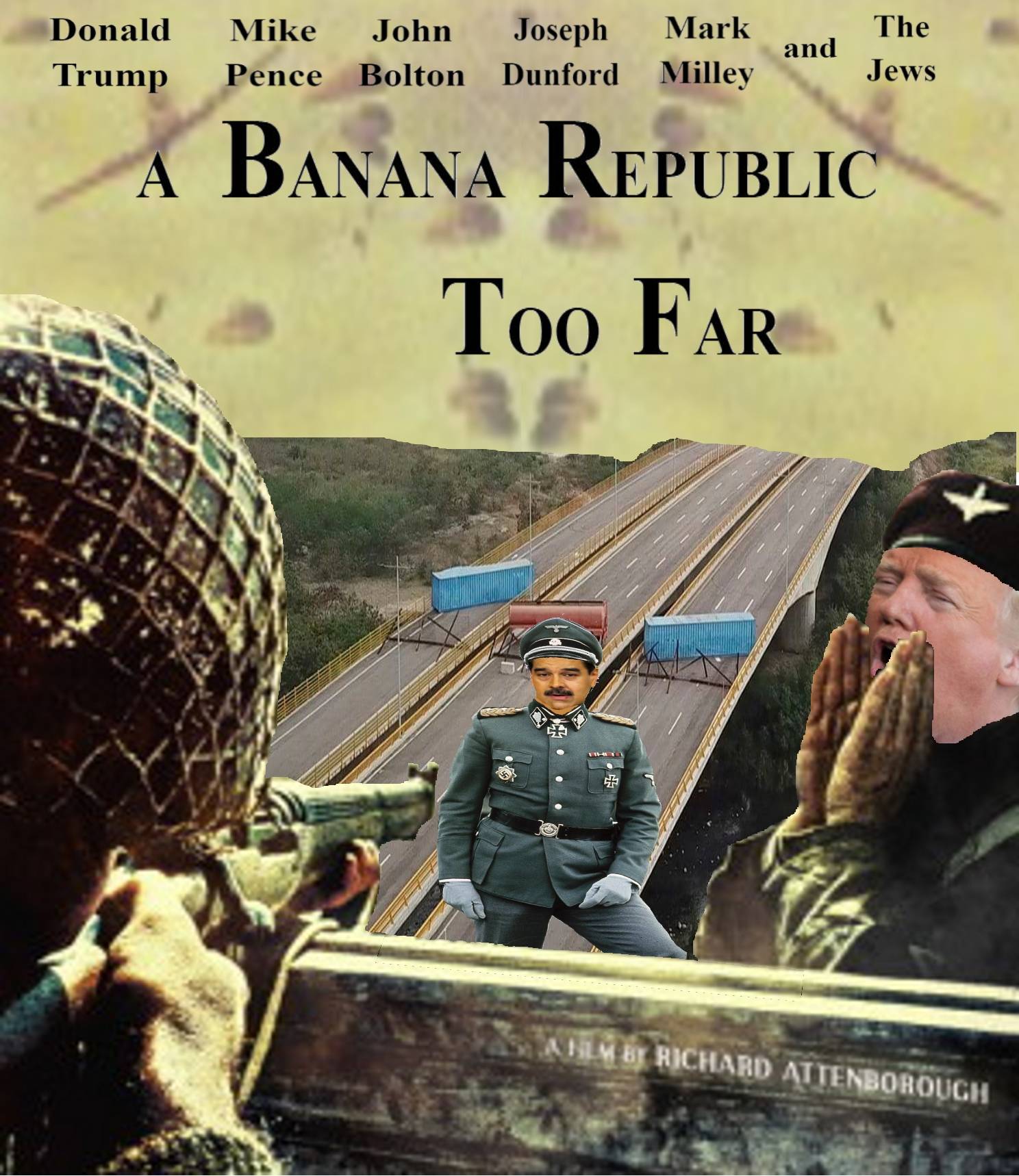 US President Donald Trump was asked by reporters at the weekend if he had a “plan B” for Venezuela if President Nicolas Maduro does not stand down soon, as Washington is demanding. With his typical bluster, Trump said he had several backup options.

But, despite his bravado, it looks like Trump’s bet on effecting regime change in Venezuela is a losing venture. The US seems to be increasingly desperate to salvage its plan to topple the government in Caracas.

Florida Senator Marco Rubio, who has been doing much of the bidding for Trump’s White House on Venezuela, flew down to the border crossing with Colombia where US military transport planes have been delivering food and medical aid.

The PR stunt resembled scenes from another US-backed regime change operation in Ukraine back in 2014, when the late Senator John McCain and State Department official Victoria Nuland handed out cookies to protesters.

Rubio was dangling food aid cargoes like a bribe. Speaking in Spanish, he cloyingly attempted emotional blackmail, directing his remarks at the Venezuelan military for allegedly denying food and other essentials to their “families.” Rubio also claimed if Venezuelan soldiers prevented distribution of aid supplies they would be liable to be prosecuted for “crimes against humanity.”

That’s rich indeed. Washington has slapped sanctions on Venezuela’s oil-dependent economy causing much deprivation in the country of nearly 31 million people. The Trump White House has arbitrarily anointed a minor opposition figure Juan Guaido as the “recognized president” while violating the electoral mandate of Nicolas Maduro and the ruling of Venezuela’s Supreme Court. Furthermore, Washington and its servile news media have openly called for an insurrection by the military.

If anyone is liable for prosecution for crimes against humanity and crimes against peace it is American politicians like Rubio as well as President Trump, along with VP Mike Pence, Secretary of State Mike Pompeo and National Security Advisor John Bolton. They have all flagrantly violated the United Nations charter in their attempts at eliciting regime change in Venezuela.

Also complicit are several European governments which had quickly sided with Washington in its policy of delegitimizing Maduro.

American food and other aid continues to be stockpiled in warehouses in Colombia and Brazil since the White House coronated self-proclaimed “interim president” Guaido on January 23. Guaido and his backers in Washington are giving a deadlineof February 23 for the material to be allowed into Venezuela.

The Maduro government is steadfastly refusing permission for the US aid to be transported into the country. The UN and International Red Cross are also maintaining they will not participate in distributing the supplies since to do so would compromise their official neutrality.

The American-backed Venezuelan opposition are calling for mobilization of one million supporters to force the US aid across the border. But such a scheme seems unwieldy and impractical. The Venezuelan security forces are not going to let large numbers of people assemble at the border crossing and potentially cause a violent provocation. That is no doubt the ulterior intention of such an “aid plan.”

What is the Trump administration going to do then? Deploy the American military to invade Venezuela with food truck convoys?