In this new story over at RT they report on a warning issued by radiation expert Arthur Robert Firstenberg who has written the books “Microwaving Our Planet: The Environmental Impace Of The Wireless Revolution” and “The Invisible Rainbow: A History Of Electricity And Life” and who is now petitioning the World Health Organization, the UN and the EU to “urgently halt the development of 5G.”

While the petition has over 40,000 signatures at the time of this story writing, Firstenberg warns in his latest appeal that “a global catastrophe” will be the result of the rollout of 5G across the planet, warning the super fast broadband will cause cancer in human beings and wildlife while also increasing the symptoms of people already suffering from electromagnetic hypersensitivity.

Interestingly, Firstenberg also calls the rollout of 5G a “massive health experiment” with human beings and animals across the world unwilling guinea pigs in a global laboratory with no potentially good results to arise from it. From the RT story.:

“The deployment of 5G constitutes an experiment on humanity and the environment that is defined as a crime under international law,” the petition states. The US rollout of the new network has already begun in cities like Houston, Indianapolis, Los Angeles, and Sacramento.

“This could become a global catastrophe. When the first satellites were launched in the late 1990s for mobile phones, on the day they were launched people sensitive to these things got very sick. The mortality rate rose in the US by 5-10% too and there were reports that birds were not flying,” Firstenberg told the Daily Star.

Firstenberg also claims that, in areas of the world where rollout of 5G antennas has already begun, the local population, including insects and other wildlife, are already getting sick. He claims to have a condition known as electromagnetic hypersensitivity, which induces symptoms like dizziness, nausea, amnesia, insomnia, tremors, heart arrhythmia, acute and chronic pain, among others though it is not scientifically or medically recognized. 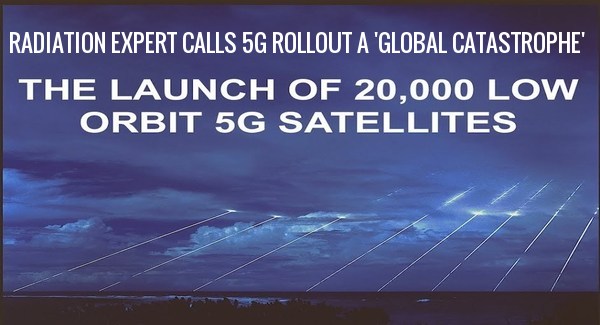 In this January 31st story over at Strange Sounds that Steve Quayle had linked to on his website they reported upon a plan by the big communication companies to deploy 20,000 satellites into very low orbit over the next two years that will beam 5G to the Earth, thus ensuring that practically every square inch of the planet will be covered in 5G death rays.

We hear more about this plan in the first video below from youtube videographer ‘Leak Project’ within which he tells us about how 5G will be beamed down from the skies upon us, saturating every living thing. From the Strange Sounds story.:

The first two 5G test satellites were launched by SpaceX in February of 2018. Hundreds of other satellites are expected to be launched in 2019. The full setof 20,000 satellites could be put in orbit during the next two years.

To put this into perspective, as of September 2017 there were 1,738 operating satellites into orbit around the Earth. This means the number of satellites will be 11 times greater than the current number.

And from the Strange Sounds story we also get this explanation from Firstenberg about why 5G is so dangerous despite what we’re being told that the 5G wave is too short to cause damage to the human body.:

When an ordinary electromagnetic field enters the body, it causes charges to move and currents to flow.

But when extremely short electromagnetic pulses enter the body (5G), something else happens: the moving charges themselves become little antennas that re-radiate the electromagnetized field and sned it deeper into the body.

They become significant when either the power or the phase of the waves changes rapidly enough.

5G will probably satisfy both requirements. This means that the the reassurance we are being given – that these mllimeter wavers are too short to penetrate into the body – is not true. 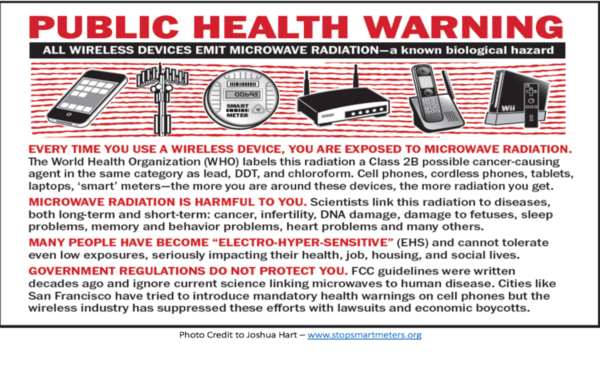 In this February 4th story over at Natural News they ask if modern communications have been fueling a global fertility crisis with birth rates lower in the US than in ages and birth rates overall across the world down according to this November of 2018 story at The Week which claims the world is now in a ‘baby bust‘. As the Natural News story points out, experts from various fields are warning that radiofrequency electromagnetic fields (RF-EMF) exposure may be damaging health, particularly fertility.