All men dream but not equally. Those who dream by night in the dusty recesses of their minds wake in the day to find that it was vanity: but those dreamers of the day are dangerous men for they act their dreams with open eyes, to make it possible.

Few Americans today understand how the United States came to be owned by a London-backed neoconservative/right-wing alliance that grew out of the institutional turmoil of the post-Vietnam era. Even fewer understand how its internal mission to maintain the remnants of the old British Empire gradually overcame American democracy and replaced it with a “national security” bureaucracy of its own design. We owe the blueprint of that plan to James Burnham, Trotskyist, OSS man and architect of the neoconservative movement whose exposition of the Formal and the Real in his 1943 The Modern Machiavellians justified the rise of the oligarch and the absolute rule of their managerial elite. But Americans would be shocked to find that our current political nightmare came to power with the willing consent and cooperation of President James Earl Carter and his National Security advisor Zbigniew Brzezinski; aided by intelligence agencies in Europe and the Middle East. 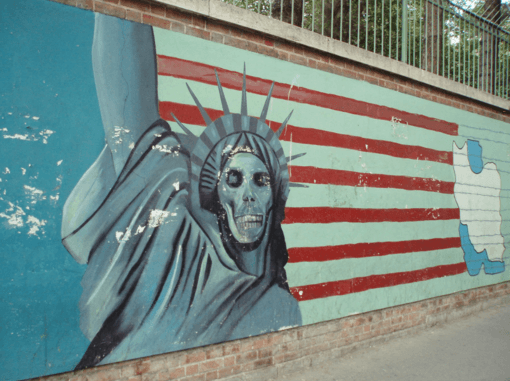 A straight line can be drawn between today’s political hysteria and the 1970s era of right-wing Soviet hysteria as Russia stands accused of “meddling” in American democracy. The merits of those charges have been discussed in depth elsewhere. According to the dean of American intelligence scholars Loch K. Johnson as reported in the New York Times, the United States has done extensive meddling in other nation’s elections.

And then there is that hidden “meddler” behind the meddling; Britain. The extent of British meddling in American politics – at least since – the beginning of the 20thcentury would shock even the most devout cheerleaders of ex-MI6 agent Christopher Steele and his “dirty dossier”. In a case reminiscent of America’s current hysteria over Russia, British intelligence even meddled with its own government back in the mid-1970s when right-wing elements of the military plotted a coup d’ etat of Labor Prime Minister Harold Wilson based on information generated by their own disinformation campaign about Soviet influence.

The 1917 Zimmerman telegram and the creation of the British Security Coordination in 1940 directly intervened in American politics on behalf of Britain. But the 1970 Creation of the Institute for the Study of Conflict (ISC) by British secret agent Brian Crozier marked a key turning point in the transformation of officially sanctioned propaganda.

As presented by Edward Herman and Gerry O’ Sullivan in their 1989 study, The Terrorism Industry,  “The London-based Institute for the Study of Conflict (ISC) provides an especially well-documented case study of the use of a purportedly ‘independent’ institute as a front for propaganda operations of hidden intelligence agency and corporate sponsors.”