Such a lot of nonsense was dished out by the American lobbyists through the past year to the effect that Washington was straining at the leash to punish India for buying the S-400 ABM system. This phobia was carefully planted in the Indian discourses by American think tankers. The most celebrated instance was of the Indian-American strategic expert Ashley Tellis penning a forceful essay, featured by the Carnegie in Washington last August titled How Can U.S.-India Relations Survive the S-400 Deal?

Tellis somehow inspires awe among Indian analysts, who blithely assume that he wields immense clout in the White House and US foreign-policy establishment in defining American policies vis-à-vis India. (Presumably this naïvety prompted PM Modi’s advisors too to get him to patronize Tellis personally by releasing his book in Delhi circa 2014.)

The American lobbyists were actually indulging in a ‘psywar’ to create panic among the policymakers in Delhi who were trying to close the S-400 deal after protracted negotiations with the Russians. In retrospect, the ploy failed to work and India went ahead with the S-400 deal.

That entire experience ought to show that Americans are bluff masters. No sanctions followed. Common sense ultimately prevailed – although some Indian analysts still fondly harbor the notion that Washington showed a favor to India. Whereas, sanctioning the policymakers or decision makers in the Indian defence establishment or the Indian arms procurement bodies (leave alone the end users of S-400 ABM system) was never really a viable option for Americans. The US today is a top arms supplier to India. In reality, the whole pressure tactic aimed at undermining the Indian-Russian relationship. (Tellis’ essay brought out this hidden agenda.)

Now, all this makes Turkey’s S-400 saga a morality play for the India’s strategic community and defence establishment. Turkey, too, has placed an order for the S-400 system. Indeed, the Americans went berserk, threatening Turkey with dire consequences, including sanctions. But Turkish President Recep Erdogan didn’t blink.

The US then threatened to withhold the supply of the newly developed F-35 stealth fighters to Turkey. (Reports say Turkey plans to buy 111 such fourth-generation jets, each costing at 2019 prices approximately $85 million per unit complete with engines and full mission systems.) Clearly, Lockheed’s deal with Turkey is worth a mind-boggling amount running into tens of billions of dollars over the years. In addition, Turkey, being a “Level 2” partner of the US’ F-35 stealth aircraft project, has also been contributing to the development costs of these fighter jets.

Suffice to say, Erdogan correctly assessed that the Americans will not kill a goose that lays the golden egg. In time, he was proven right. The US has since quietly withdrawn the threat and is going ahead with the transfer of the F-35 fighter jets to Turkey. (Initially, American experts had argued that the S-400 system installed in Turkey might enable Russians to study the weaknesses of the F-35 stealth aircraft.) 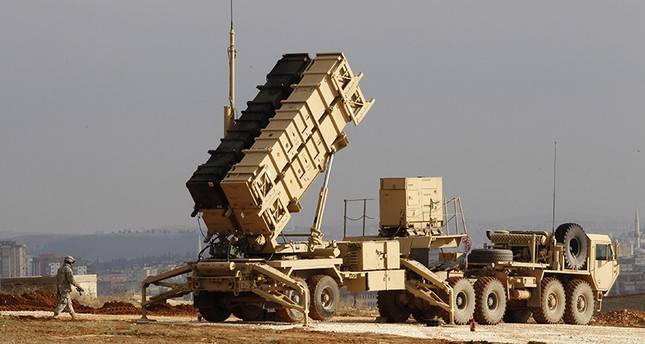 Washington is still hoping that Turkey can be cajoled to cancel the S-400 order with Russia (despite Ankara’s repeated assertions to the contrary.) A Pentagon delegation travelled to Ankara last week to make another effort. The US has now made an offer to sell the Patriot air defence system to Turkey (which it had hitherto refused) if only Turkey cancelled the order for S-400. (Turkey’s position is that it can have both S-400 and Patriot systems.)