Ukraine keeps stringing one betrayal of the mother country after another

A Ukranian Air Force Il-76 ‘Candid’ cargo plane has appeared at an Air National Guard facility attached to Salt Lake City International Airport. We now know that it has delivered an unspecified mobile radar system as part of a U.S. Air Force contract.

Online plane trackers first noticed the Il-76, of which the Ukrainian Air Force has around five in service in total, traveling westward from Ottawa/Macdonald–Cartier International Airport in eastern Canada on the morning of Dec. 3, 2019. The Candid was on the ground in Salt Lake City before 12:00 PM Eastern Standard Time.

Curiously, at the same time, information from our friend and intrepid plane tracker @CivMilAir indicated that the aircraft was showing up as 737 airliner with the registration UR-IVK, which belongs to Ukranian airline Dniproavia. But Dniproavia does not fly any routes to the United States at all and a 737 from that airline would be a very long way from home. @CivMilAir also noted that this could be an error with the tracking software or an issue with the aircraft’s transponder—one made by mistake or otherwise. 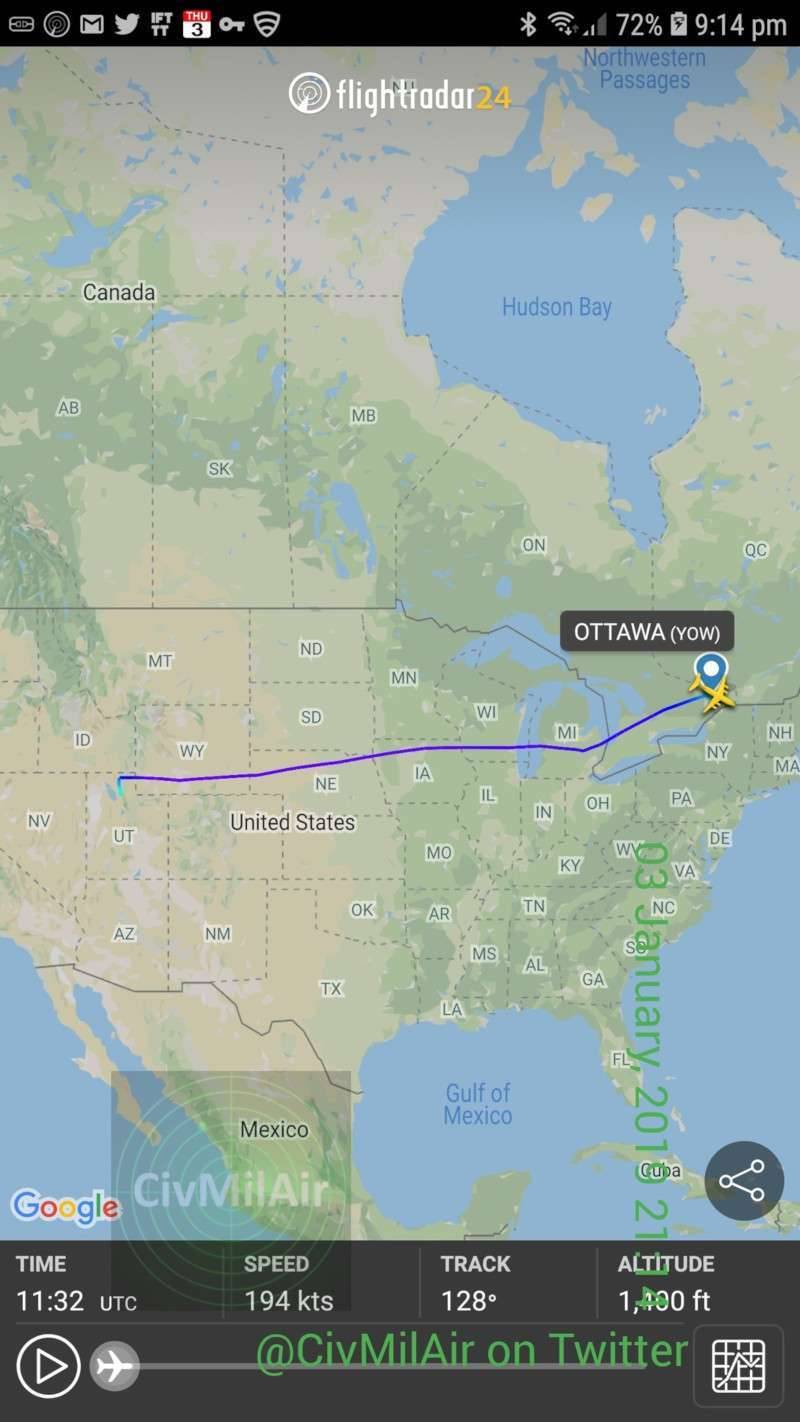 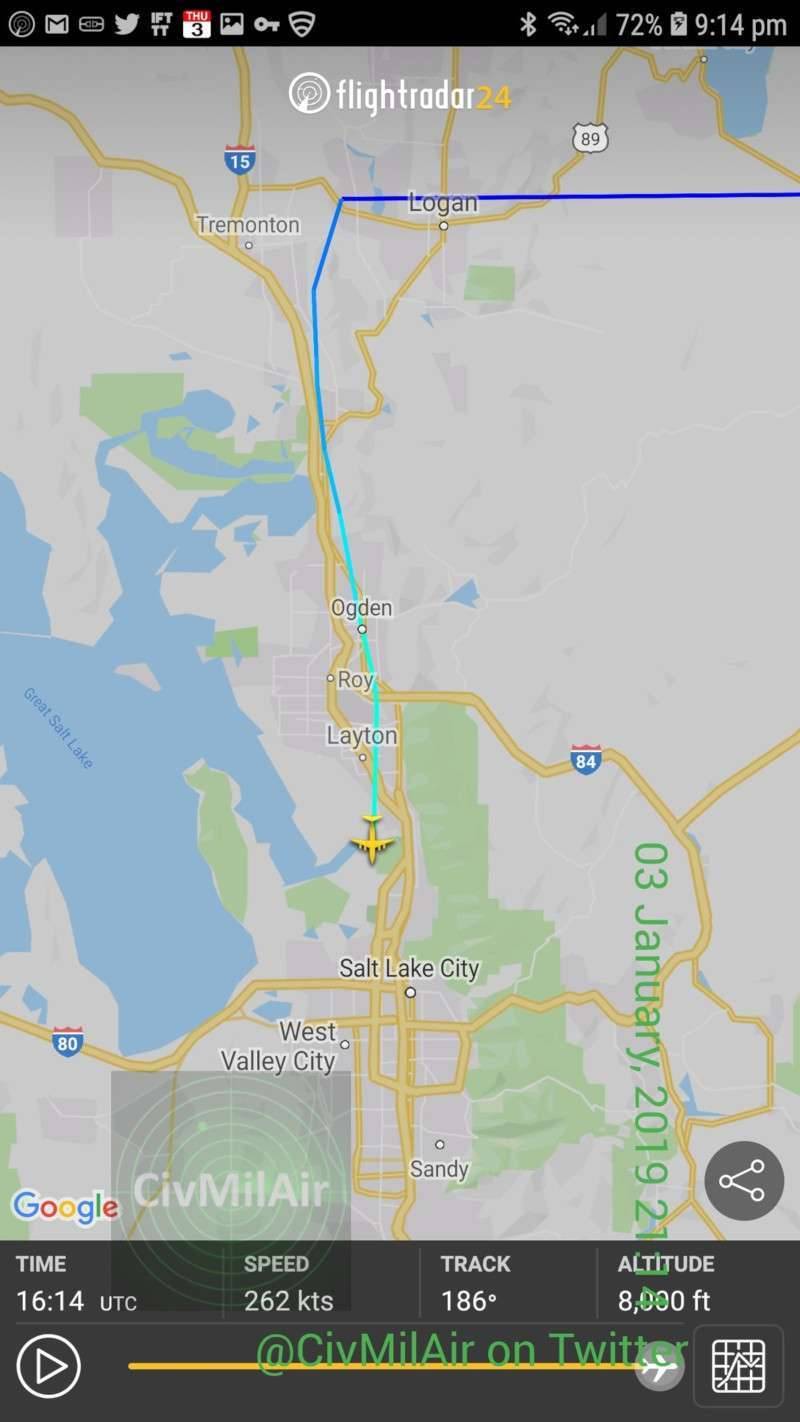 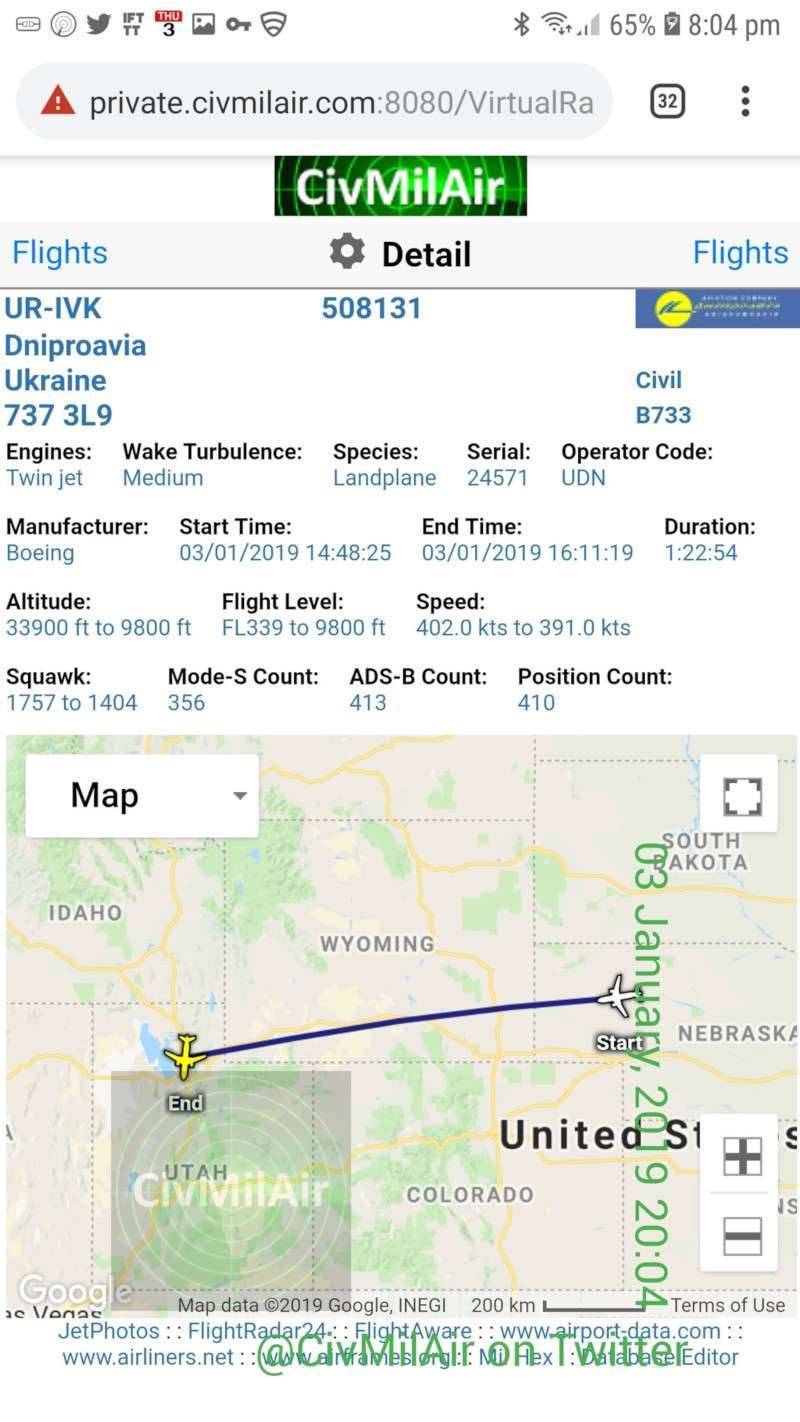 Then, at 4:00 PM EST, plane spotter Anthony Carpeneti posted a picture on Twitter confirming that the aircraft in question was indeed an Il-76 and was sitting at the Roland R. Wright Air National Guard Base, which is situated at the eastern side of Salt Lake City International Airport. This facility is home to the Utah Air National Guard’s 151st Air Refueling Wing, which operates KC-135R tankers.

The 151st is assisting with the “download of mobile radar asset under [a] contract managed by Hill Air Force Base,” U.S. Air Force Major Kevin Larsen, a spokesperson for the Utah Air National Guard, told The War Zone in an Email. We were then directed to reach out to Hill for further information, but, at the time of writing, the public affairs office there has not yet been able to respond to our queries.