The Vulnerability Of Our Nuclear Reactors Is A Death Sentence For America By Dr. Peter Vincent Pry – All News Pipeline

– ‘In a worst-case scenario, all reactors within an affected region could be impacted simultaneously, risking meltdowns at approximately 60 sites and 99 nuclear reactors’

A new report published by the U.S. Air Force’s Electromagnetic Defense Task Force (EDTF) recommends giving highest priority to protecting nuclear power reactors from natural and nuclear electromagnetic pulse (EMP). According to the report, if EMP causes a protracted blackout, the reactors can “go Fukushima” and spread radioactivity across vast swaths of the United States.

An EMP attack would entail detonating a nuclear weapon over the U.S. at high-altitude, in outer space, generating an electromagnetic field damaging to electronics over vast areas, potentially over all North America, if a single weapon is burst 300-400 kilometers high.

The Congressional EMP Commission assesses Russia, China and North Korea have plans for and are presently capable of executing a nuclear EMP attack. The EMP Commission also assesses that terrorists could make an EMP attack, if they are given or acquire a nuclear weapon.

Natural EMP results from solar storms, like the 1989 Hydro-Quebec Storm that blacked-out half of Canada for a day. The U.S. Air Force EDTF, like the Congressional EMP Commission, is concerned about the recurrence of a solar super-storm, like the 1859 Carrington Event, that could cause a protracted blackout of electric grids and other life-sustaining critical infrastructures worldwide. 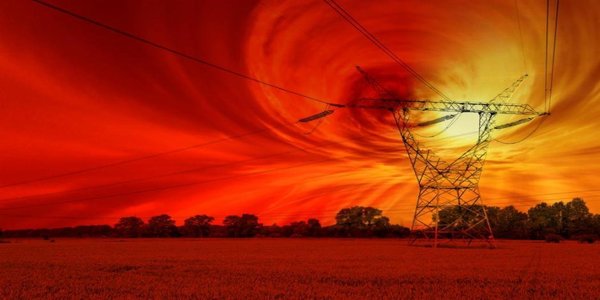 The report: “In a worst-case scenario, all reactors within an affected region could be impacted simultaneously. In the United States, this would risk meltdowns at approximately 60 sites and 99 nuclear reactors, with more than 60,000 metric tons of spent nuclear fuel in storage pools.”

In the event of a protracted nationwide blackout, “the ability to provide continued electrical cooling for nuclear power plant reactors and spent fuel pools would be at the top of electricity restoration priorities within hours.”

Moreover, “Where the military is concerned, little planning has been done to mitigate potential impact on service members, installations, or critical missions that could be affected by areas of radiation arising from reactor or spent fuel pool leakage. The national response plan for distributing medications from stockpiles needed to aid recovery efforts is also dependent on logistics for distribution.”

Protracted blackout of nuclear reactors “poses a risk of radioactive contamination to the Continental United States with consequentially disastrous impact to the economy and public health.” 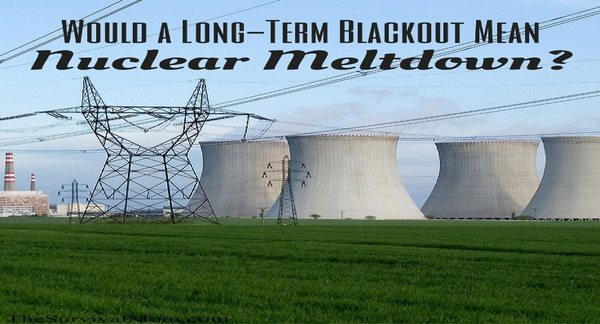 It is important to note that the Fukushima facility employed General Electric reactors; Japan’s regulatory structure was modeled after the United States’; and the plant’s staff were trained in accordance with U.S. standards and procedures; everything was state-of-the-art and in line with best U.S. practices.