The Everything Bubble Has Burst… It’s Officially “2008” Again

The Everything Bubble has officially burst.

We have now reached the point at which systemically important debt instruments are collapsing. It is one thing is a relatively small debt bubble (say, subprime auto loans) goes bust… it is an entirely DIFFERENT matter if a more senior debt instruments such as leveraged loans or corporate debt goes bust.

As of last week, they have.

The leveraged loan market bas officially blown up. The bull market here is OVER. Things are actually so bad that banks are pulling deals because they are unable to sell loans to investors anymore. 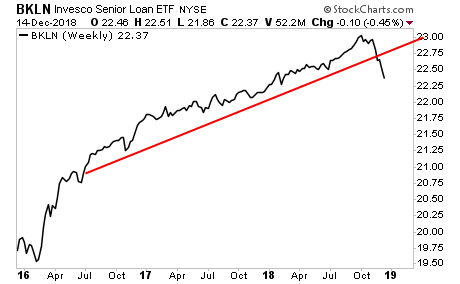 This collapse is not reserved to just leveraged loans. The ENTIRE investment grade corporate bond market has broken its bull market trendline running back to 2010. 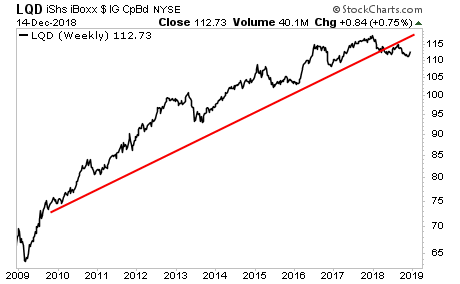 If you think stocks are immune to this, you’re mistaken. The bull market there is ALSO over. The financial media is polishing the brass on the titanic. This whole mess is going DOWN. 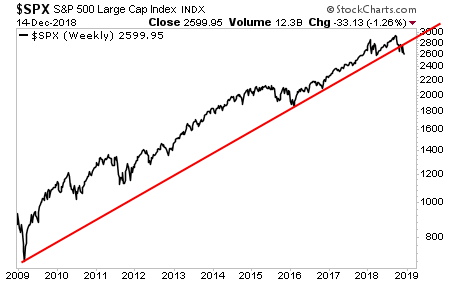