Global Revolt Against Globalism: ‘Yellow Vest’ Protests Spread Like Wildfire Throughout Europe As The Masses Stand Up To The Elite By Susan Duclos – All News PipeLine

The “Yellow Vest” movement exploded on the scene weeks ago in response to France’s decision to increase gas and diesel taxes, with nearly 300,000 taking to the streets in violent protests. Images of burning vehicles, blocked highways and fuel depots, violent battles with police and more were splashed across the globe.

By the third weekend of protests, French President Emmanuel Macron blinked and suspended the planned fuel tax increases in an attempt to calm the population, hoping the demonstrations would end.

Soon other complaints and concerns started being revealed, such as Macron’s planned reforms for next year, described by Bloombergas “sure-to-be unpopular changes to unemployment insurance and a unification of France’s retirement systems.” 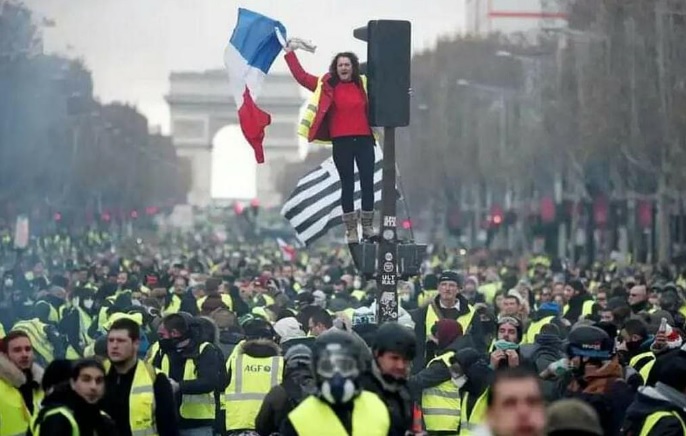 The interesting thing about the “Yellow Vests,” which I have seen some refer to as “Yellow Jackets,” protests, is that they are not organized, have no structural leadership, nor any specific organization behind them or funding them.

Via City Lab, we see how it began:

It’s not just the protests’ fierceness and geographic spread that have taken the country by surprise—French media reported more than 2,000 separate rallies occurring across the country. Unusually, the Yellow Vests is a grassroots mass protest movement with no explicit wider political agenda or links to existing groups. Having organized themselves via social media since May (when the movement was sparked by an online petition), the Yellow Vests have arrived somewhat out of the blue.

There is also no clear media consensus as to what they are protesting beyond the cost of gas. To some observers, the protesters are primarily angry about what they see as President Emmanuel Macron’s apparent indifference toward tough conditions for working people. To others, the movement is evidence of a middle-class backlash. Meanwhile, it’s not automatically easy to say whether the protest cleaves more to the left or the right.

Make no mistake, gas tax increases was never the underlying issue, that was just the straw that broke the camels back…. in France, but over the past weeks, something truly extraordinary and unprecedented has happened, these Yellow Vest protests have spread throughout Europe, to Belgium, Germany, Sweden, the Netherlands, the UK and now Canada, and in each case, there are a different set of issues the demonstrators want to see addressed.

For example, in Canada the Yellow Vest demonstrators are protesting Prime Minister Justin Trudeau and his government’s immigration and tax policies, while in Belgium the populace is rebelling against Prime Minister Charles Michel’s trip to Morocco to sign the United Nations Migration Agreement, which makes no distinction between legal and illegal immigration, with protesters declaring the PM to be a traitor. In the UK, it is pro-Brexit demonstrators and in the Netherlands they generally protested the government economic policies. In Sweden they are protesting against the UN Migration Pact and political elite, and in Germany rail worker protesters in Yellow and Orange vests conducted a four-hour strike over pay.

To me this  indicates that these “Yellow Vest” protests are not about politics, but are about the people rising up against the elite, it is a global revolt against globalism itself.

Note the individual issues these protesters are fighting against, illegal immigration, the highly controversial UN Migration Pact, economic issues where the elite have their boot on the necks of the people struggling to survive and pay their bills, the pro-Brexit campaigners demonstrating as their UK leaders betray them, after they voted to exit the EU…… all globalist agendas with the people revolting against them.

Over at the Strategic Culture Foundation website, in a piece titled “The War Against Globalism,” the author Philip M. Giraldi, reminds us that while France might have been caught off guard when the initial Yellow Vest protest started, as other European nations are seeing the same protests against their leaders, this type of rebellion, revolt, call it what you will, shouldn’t surprise anyone as it has been building as can be seen in the examples he describes, from the Brexit vote in the UK, to the election of Donald Trump to the recent election in Italy.

What has been occurring in Belgium, France, with Brexit in Britain, in the recent election in Italy, and also in the warnings coming from Eastern Europe about immigration and European Union community economic policies are driven by the same concerns that operated in America. Government itself is becoming the enemy. And let us not forget the countries that have already felt the lash and been subjected to the social engineering of Angela Merkel – Ireland, Spain, Portugal and Greece. All are weaker economies crushed by the one size fits all of the EURO, which eliminated the ability of some governments to manage their own economies. They and all their citizens are poorer for it.

There have been windows in history when the people have had enough abuse and so rise up in revolt. The American and French revolutions come to mind as does 1848. Perhaps we are experiencing something like that at the present time, a revolt against the pressure to conform to globalist values that have been embraced to their benefit by the elites and the establishment in much of the world. It could well become a hard fought and sometimes bloody conflict but its outcome will shape the next century. Will the people really have power in the increasingly globalized world or will it be the 1% with its government and media backing that emerges triumphant?

Frankly there are more of “us,” than them, even though they own the establishment media, so if these movements continue to grow as they appear to be doing, then the globalists will have no choice but to backpedal or see themselves taken down if a full scale revolution occurs. 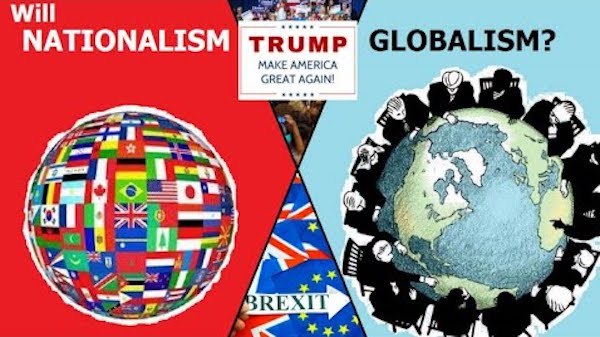 THIS IS A POPULIST REVOLT AGAINST THE GLOBAL ‘ELITE’

Many have different specific definitions of “populism,” with liberals acting like populism is a dirty word because President Trump was the populist choice, but in reality, all populism really is to make a lengthy description short, is the “people,” versus the political elite globalists and globalism supporters.