Peachy Keen and Cool as a Cucumber in a Banana Republic

Peachy Keen and Cool as a Cucumber in a Banana Republic By Doug “Uncola” Lynn via TheBurningPlatform.com

One of my favorite quotes of all time comes from the movie “Almost Famous”.  I enjoyed that film because I sort of lived it; and it does have a lot of great lines.  But, for me, the most treasured words of advice in the movie came from a famous music critic who was encouraging a young aspiring writer.  He said:

The only true currency in this bankrupt world is what you share with someone else when you’re uncool.

As mentioned before I’m an obscure businessman who’s found a late-in-lifecatharsis with writing. Honestly, I was inspired by the courage of othersthroughout the unregulated internet, and started my blog in the fall of 2016 when I fully expected Hillary Clinton to win the U.S. Presidency.

There’s another quotation, often wrongly attributed to the author C.S. Lewis, that says:

“We read to know we’re not alone”

Actually, those words were penned by the author William Nicholson who wrote a play about C.S. Lewis called “Shadowlands”, which later became a film starring Anthony Hopkins.

It’s a good example of why I would ask my offspring when they were little:

“Have you noticed how everything always starts with words?”

In fact, I used to read them children’s books like “Motorcycle Ralph” by Beverly Cleary, “Charlotte’s Web” by E. B. White, and “Little House on the Prairie” by Laura Ingalls Wilder.  One night before turning off the lights, my oldest looked up to me and said: “Dad! When you read, I can see what happens in my thoughts”.

I smiled right then, because I knew the hook had been set.

For me, it was in my third grade class, my head resting in my arms on my desk. My teacher was reading a book entitled (something like) the “The Artist” or “The Clown”, about a traveling circus.  The story was woven into my mind and remains there still; even if only now in tatters.

We also play an ongoing game in our family whereby everyone tries to stump me with various words and their definitions. Part of it’s because I showed the kids how society was stratified by vocabulary; with those at the top commanding the largest percentage of any particular lexicon, and layered downward unto the societal dregs who can barely conjugate a sentence.

It’s true: Words control us or set us free, they guide or mislead; kind of like how the right partners-in-life will make you and the wrong ones will breakyou.

Another thing I used to tell the kids:

“Show me your friends and I’ll show you your future.”

Indeed.  As with friends, we must also choose our words with care; even those cast into the ether, before the end of things.

Recently, in an e-mail discussion with another online contributor regarding the topic of blogging, they used the designation of “ingrown forum-style sites” and, specifically, how these facilitated “hazing” as a mode of “earning one’s stripes” and “gaining respect points”.

Of course, that’s true.  All of us are subject to the occasional bad review, but I will say the author of this article (i.e. the one you’re reading now) was definitely refined by the fires of many previous online shitfests.

I told my fellow blogger I believed there is an attraction on ingrown forum-style sites similar to cage fighting. What some people like about mixed martial arts are the no-holds-barred factor and the honesty behind the best contestant winning. On the unregulated internet, these manifest as free speech (i.e. no-holds-barred) and the immediate eradication of bullshit (i.e. honesty and “may the best ideas win”). 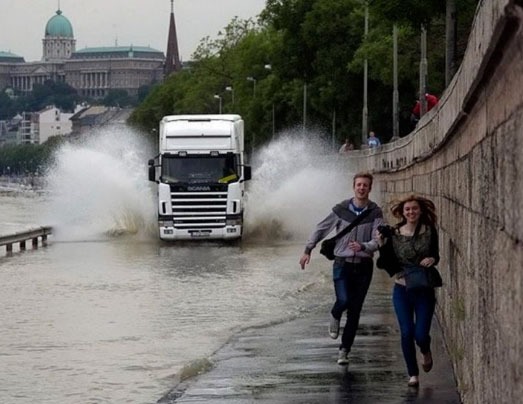 Of course, the one thing hazing does well is to weed out the lies, and liars, with profanity and insults as a form of “augmented expression”, if you will.  In other words, it’s the icing on the cake.