GLOBAL GOLD FLOW: China’s Gobbling Up Gold Like No Other

GLOBAL GOLD FLOW: China’s Gobbling Up Gold Like No Other by Daniel Ameduri – Future Money Trends

As the currency wars escalate, the supreme currency is being bought, hoarded, and aggressively accumulated by China and Russia.

I’ve said it before and I’ll say it now: investors in all markets should always keep an eye on what’s happening in precious metals. Gold is usually the leader and the bellwether of the metals, and there’s a trend going on in gold that’s startling but largely unreported.

If there’s one trend that you need to be watching today, it’s the nonstop flow of physical gold from the West to the East. Much of this has to do with China, which is the world’s largest importer of physical gold today. 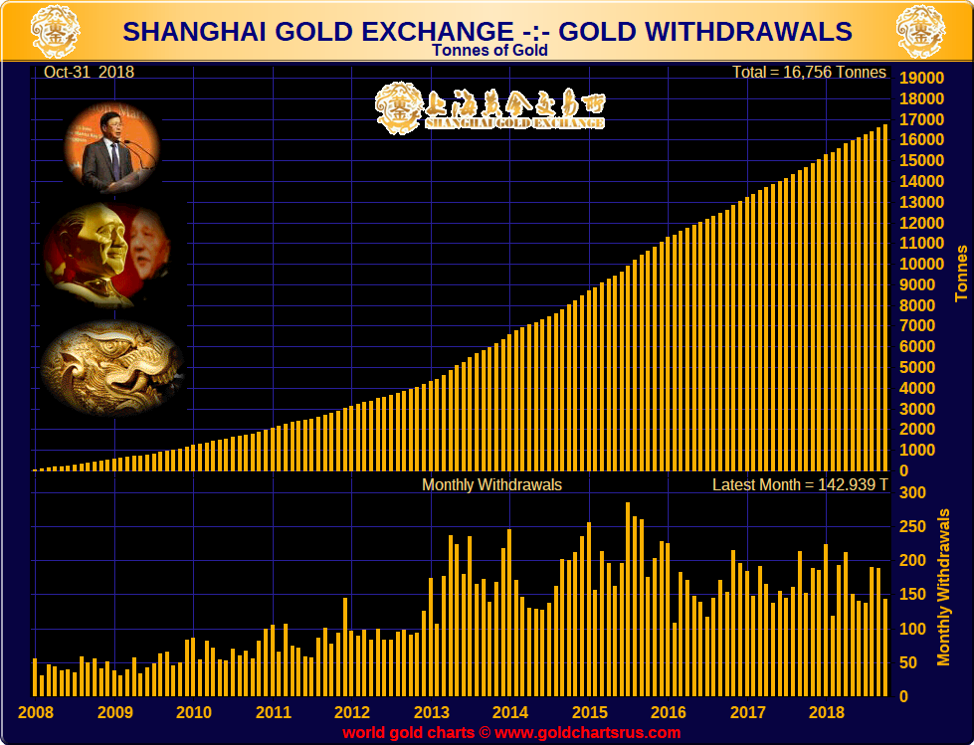 The fact that the price of physical gold (in U.S. dollar terms) peaked in 2011 has had no deterrent effect whatsoever on China’s unrelenting demand for gold. As the withdrawals from the Shanghai Gold Exchange approach 17,000 tonnes (metric tons) and the withdrawals from January to October totaled 1,698 tonnes, it’s inarguable that the gold mania is in full effect in the world’s most highly populated nation.

As things stand, 2018 has been the third-highest year for physical gold demand on record for the Shanghai Gold Exchange, just behind 2013 and 2015. But China’s not the only eager player in this market: in October of 2018, the Bank of Russia added 28 tonnes to its gold reserves, and it currently holds 2,065 tonnes in its gold reserves: 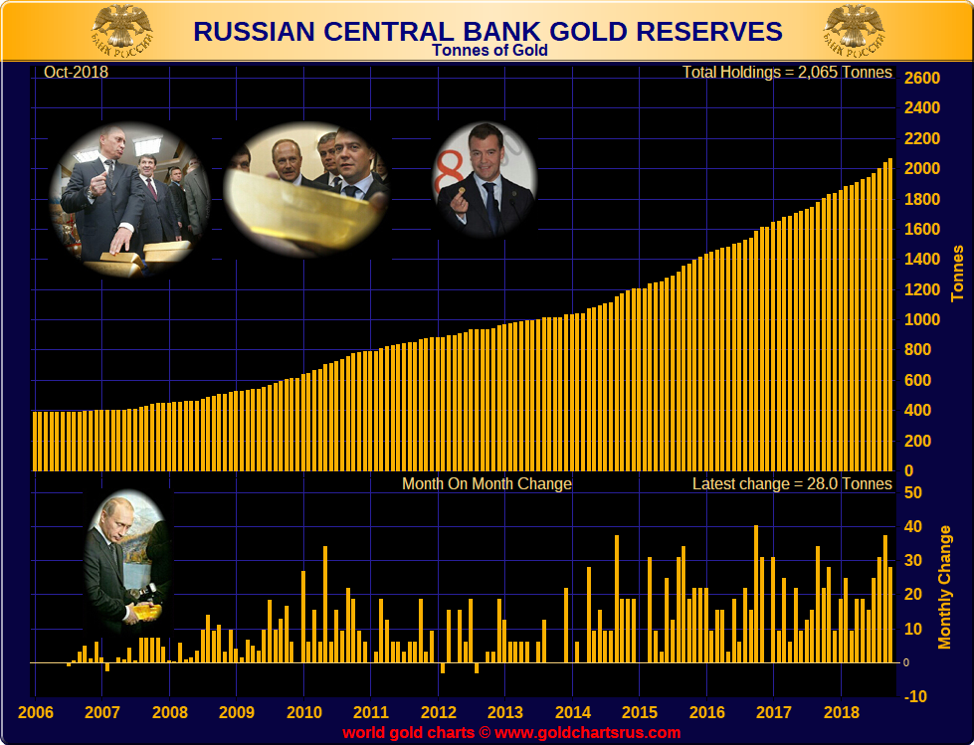 Again, as we’ve seen with China, Russia’s demand for gold remained undiminished even after the price in dollar terms peaked in 2011. At the current rate, Russia is on course to accumulate over 250 tonnes of gold in 2018 – a record year for Russian gold purchases and an upward shift in Russian gold accumulation compared to previous years.

Where is all of this gold coming from, you might ask? The data shows that Switzerland is the world’s largest gold refining hub, and they’re exporting substantial quantities of physical gold to the China mainland, as well as Hong Kong, India, and Thailand, among others: 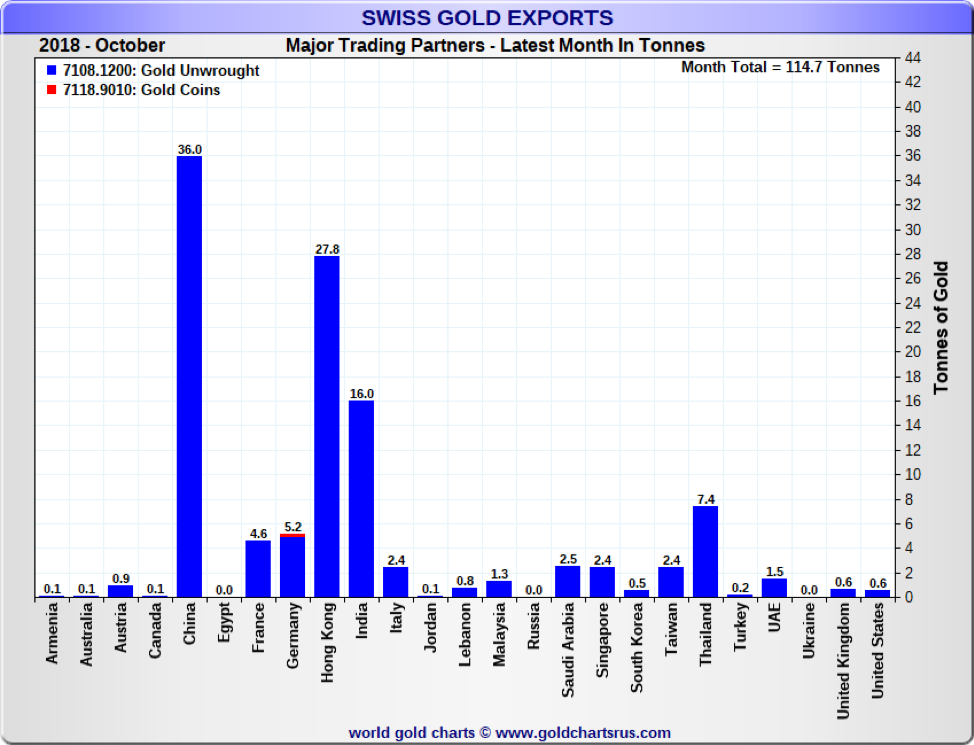 The United States is also a robust exporter of physical gold, with their most eager customers being Hong Kong, mainland China, and India. With all of this data, we might notice a pattern forming: the countries that are stockpiling gold are the same ones dumping massive amounts of U.S. debt, dollars, and Treasury bills.

With China reducing its holdings of U.S. Treasuries by nearly $14 billion and Russia slashing its U.S. bond holdings from $96.1 billion to $14.4 billion recently, there’s an unreported trade war that’s been going on for years between East and West – an economic aggression towards the United States that’s unmistakable.

Combine this with the flow of gold to the East and we have to wonder if somebody somewhere knows something we don’t: an economic storm on the horizon that would provide a rationale for dumping dollars and hoarding gold.

The writing is on the wall here; what’s not is the timing. However, looking at sentiment and the uptrend gold is in, it looks like 2019 is going to be the start of a rip-roaring bull market for precious metals.

Buy some gold; I think we have an easy winner here for 2019.