‘He’s Barack Obama, but White’ – The Manufacturing of Beto O’Rourke

Although I haven’t paid close attention to Beto O’Rourke, he’s been on my radar for a couple of years after noticing certain media outlets had anointed him a “rising Democratic star.” One of my principal rules of political analysis is whenever you hear mass media proclaim an obscure politician a “rising star,” it typically means that individual has been deemed acceptable by the entrenched oligarchy and is being groomed as a promising puppet.

In fact, the first time O’Rourke came into my news orbit it felt like I was being sold a box of cereal by Madison Avenue. After reading an illuminating article by Ziad Jilliani earlier today in Current Affairs, it appears my intuition was correct.

The first paragraph tells you a lot about what the sorts of people who like Beto, like about him. 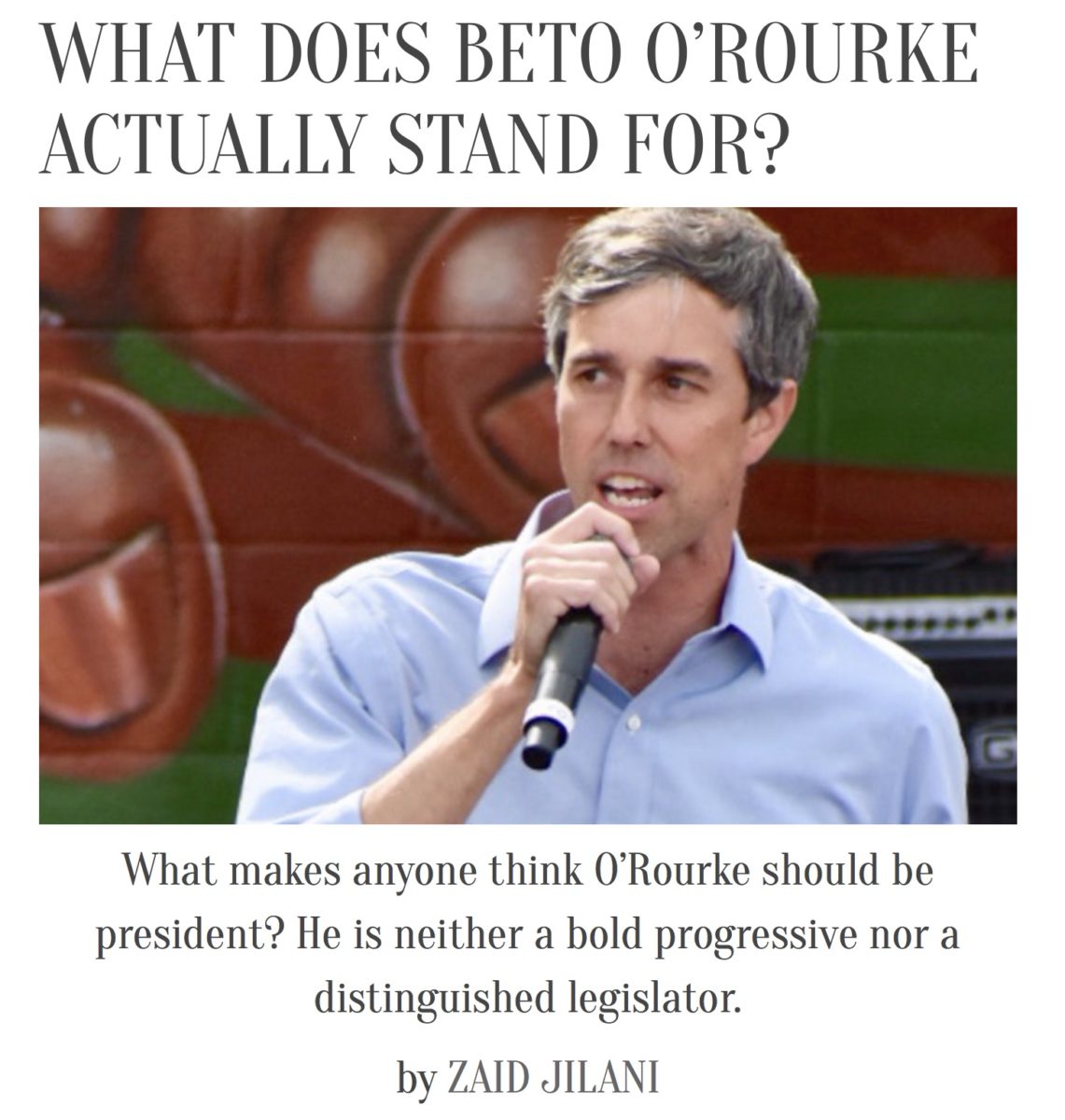 Beto O’Rourke—a three-term Congressman from El Paso, Texas who recently failed to unseat Texas Republican Senator Ted Cruz—is suddenly one of the hottest names in Democratic Party politics. The once-obscure representative is on the lips of many as a presidential contender. “All the guy would have to do is send out an email to his fundraising base…and he raises $30 million,” one anonymous Democratic bundler told Politico. “That has totally changed the landscape for tier 1 guys, because now Bernie and Warren, now they have competition. It completely changes the game if Beto runs. And he should run…He’s Barack Obama, but white.”

Notice how the emphasis on why he’s considered attractive centers around an ability to quickly grab a lot of money and his superficial attributes. Precisely what you’d expect from a Democratic bundler, but it’s still hilarious how these hacks think a “white Obama” is what this country’s hungering for.

From there, I learned several things about Beto. First, he supported Obama on the TPP trade deal, a corporate giveaway even Hillary Clinton had to back away from during her presidential campaign because it was so unpopular. Second,  Clinton dead-enders and Wall Street Democrats appear particularly enthused about his political prospects. For instance:

“We are big Beto fans,” the Clintonite think tank Third Way’s Matt Bennett told NBC during his Senate run. “He’s not with us on every single thing, but his main campaign themes have been very close to what we think a national narrative should be.

Can you imagine these types ever talking that way about Sanders or Trump? Of course not, which tells you Beto’s just a smooth-talking neoliberal technocrat in training. A guy who will always defer to corporate power and who actually reminds me more of France’s Emmanuel Macron than Barack Obama. Macron was another bizarre elitist creation marketed as a savior from the populist hordes on the French political right and left.