For the very short-term, the next minor cycle top is due to play out with the 10-day wave, with the larger 34 and 72-day cycles still seen as pointing south at the present time. With that 10-day cycle into topping range, any reversal below the 1219.80 figure (December, 2018 contract) would infer this wave to have peaked – and to be headed back to the downside into the early-December timeframe. Here is our 10-day cycle: 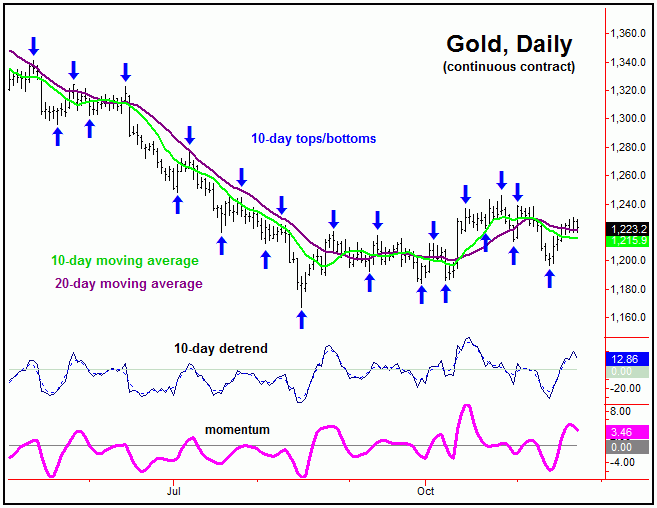 Stepping back, until proven otherwise the larger 34 and 72-day cycles are still seen as pointing south at the present time. If correct, the next downward phase of the 10-day cycle should take the metal back to or below the 1196 swing bottom, but with a move into the 1180’s or lower being more ideal. If seen, that move would be the setup for our next trough with the larger two waves: 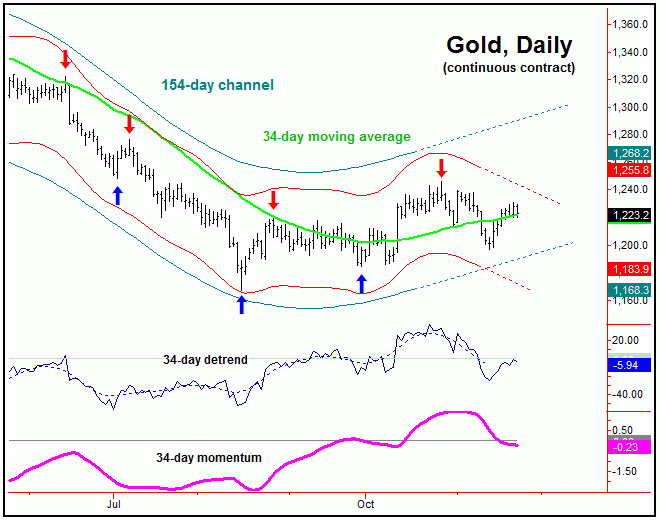 With the above said and noted, due to momentum considerations, gold needs to turn south within the next trading day or two, as a continued push higher – if instead seen – would start to favor the next upward phase of the 34 and 72-day cycles to be back in force. Support to this would be the current net position of the commercial hedgers, which have covered a large chunk of their shorts in recent weeks: 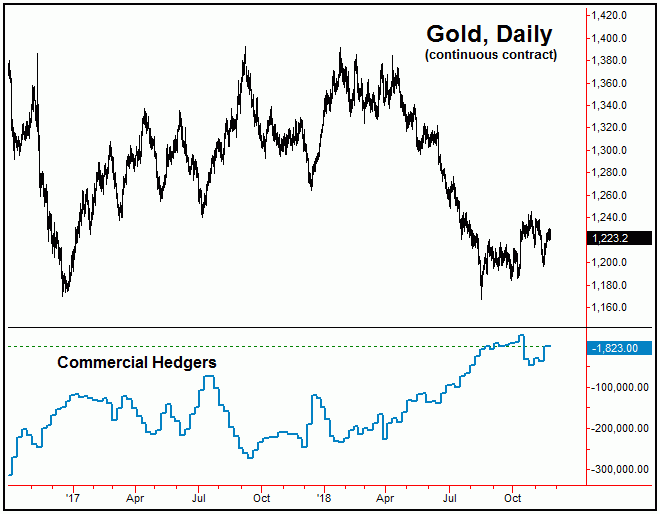 Due to the holiday-shortened week last week, we won’t get the updated COT numbers until Monday of this week, and it should be very interesting to see if there is any large change in the position of the commercial hedgers.

Stepping back further, the overall assumption is that an eventual try at the 154-day moving average or better will be seen, before the next mid-term high tries to form – which should come from the 154-day time cycle. Even said, in terms of patterns, the upward phase of that wave is expected to remain at or well below the prior 154-day top of 1390, but with resistance around the low-end 1300’s – should it be attempted at any point: