The Bank of England claims to be one of the largest physical gold custodians in the world, holding gold bars in vault storage on behalf of more than 70 central banks and a number of commercial (bullion) banks.

As a long-standing and well-known gold custodian, it should therefore be a simple matter operationally and logistically for any central bank customer from around the world to withdraw gold bars from the Bank of England and to have those gold bars sent overseas. These types of shipments have been happening at the Bank of England for hundreds of years.

Such an event would normally not generate any media interest nor even be known about in the public domain such is the secrecy and opacity of central bank gold transactions. For these reasons, the current case involving the Bank of England’s refusal to deliver Venezuela’s gold stored in London, and the way its been publicized, raises some questions and deserves comment.

So what exactly is the issue? On 5 November, the London headquartered Reuters news agency reported that the Venezuelan state, fearing sanctions, is attempting to repatriate 14 tonnes of gold from the Bank of England in London, but that this gold withdrawal and transport operation has not yet been actioned despite the withdrawal request being made by Venezuela nearly two months ago.

According to Reuters’ sources which were two unnamed “public officials with direct knowledge of the operation“, Venezuela’s gold bar withdrawal delay is being caused by the difficulty and cost in obtaining insurance for the gold shipment, and also because the Bank of England wants to know what Venezuela plans to do with its gold once it receives it.

On 7 November, the establishment ‘The Times’ of London newspaper picked up on the same story, running a report that “British officials” want clarification on what the Venezuelan government intends to do with its gold after it receives it, and that these “officials” are also throwing up hurdles by insisting that for this gold shipment “standard measures to prevent money-laundering be taken“.

Interestingly, in the above reports, both the Bank of England and Venezuela’s central bank, the Banco Centrale de Venezuela (BCV), declined to comment. This means that the entire ‘story’ about Venezuela’s gold that is now in the public domain is based on snippets of information that ‘public officials’, possibly from HM Treasury, fed to both Reuters and The Times.

The timing of the above news items from Reuters and The Times also came a few days after the United States had signed a new executive order on 1 November imposing sanctions on Venezuela’s gold industry (Executive Order 13850), an executive order which pressurizes the global gold industry not to do business with Venezuela or its gold sector.

On a Set-Aside Basis

What type of gold holding constitutes the 14 tonnes of gold that Venezuela holds at the Bank of England is unclear, but it is either gold held on a custody / set-aside / earmarked basis, in which case it is in the form of specific Good Delivery gold bars with a gold bar weight list, or it is gold held in a gold account reflected by a fine ounce gold balance of the equivalent of 14 tonnes (approximately 450,000 troy ounces) that the Bank of England (as facilitator of the gold deposits / swaps and as facilitator of the gold accounts that the bullion banks hold at the Bank) has a duty to allocate to the central bank requesting a gold bar withdrawal.

If the 14 tonnes of gold is set-aside and in custody then, given these delays, the Banco Centrale de Venezuela should release its gold bar weight list to the public domain so that all the gold bar serial numbers go on the public record as this would prevent those gold bars clandestinely appearing in gold-backed ETF holdings or in other central bank gold holdings. If the 14 tonnes of gold is an amount that the Bank of England owes the BCV but is not yet allocated, the BCV should still release all the gold bar weight lists that it possesses relating to the Bank of England as this could also help expose previous transactions that the bullion banks have done using BCV’s previous set-aside gold and highlight the real ownership of the bars.

Either way, there should be no reason for any delays in the Bank of England sending gold bars overseas for one of its central bank clients, since either the gold bars are already set-aside in its vaults, or the Bank can allocate gold bars to reflect the fine ounce balance of the gold account of the central bank customer. From an operational standpoint, the Bank of England’s refusal to deliver Venezuela’s gold is therefore purely political.

From a logistical standpoint, the Bank of England’s refusal to deliver Venezuela’s gold is also political. In its article, Reuters quotes one of the unnamed officials as follows:

“The plan has been held up for nearly two months due to difficulty in obtaining insurance for the shipment, needed to move a large gold cargo, one of the officials said.

“They are still trying to find insurance coverage, because the costs are high,” the official said.”

Frankly, this insurance excuse is absurd chiefly because it was the very same Venezuela that received a flight shipment of an exact similar quantity of 14 tonnes of gold bars on 30 January 2012, which was the last flight of its previous gold repatriation shipments when 23 flights airlifted 160 tonnes of Venezuela’s gold from Europe to Caracas between 25 November 2011 and 30 January 2012.

“The final shipment arrived into Maiquetía – Simón Bolívar airport on Monday 30 January 2012 consisting of 14 tonnes of gold in 28 boxes.”

You can see two videos below of this actual flight arriving (first video) and unloading its 14 tonnes of gold cargo (2nd video).

Large amounts of gold bars are flown around the world every week both on commercial and cargo airliners and handled by the secure shipping agents such as Brinks which are specifically insured for such activities. How else can hundreds of tonnes of gold enter and leave London, Switzerland, Dubai, Hong Kong and Shanghai etc every month? Brinks have a number of gold vaults and secure shipping areas beside Heathrow Airport at Radius Park and a commercial cargo jet carrying 14 tonnes of gold could easily take off from Heathrow any day and be in Caracas the next morning to deliver the gold to the BCV. Therefore, this excuse from the ‘officials’ is bogus.

Its possible that the UK and US governments have leaned on insurance companies and secure carriers (such as XL Caitlin and Brinks) not to facilitate a gold shipment for Venezuela, but again, this would be a political issue, not a logistical issue.

The next bogus excuse from the unnamed British officials about the Venezuelan gold at the Bank of England is also worth examining. According to The Times:

“British officials are understood to have insisted that standard measures to prevent money-laundering be taken – including clarification of the Venezuelan government’s intentions for the gold.”

This excuse is both illogical as its phrased and also breaches customer privacy while being illegal under international law to withhold assets based on a suspicion or a whim. 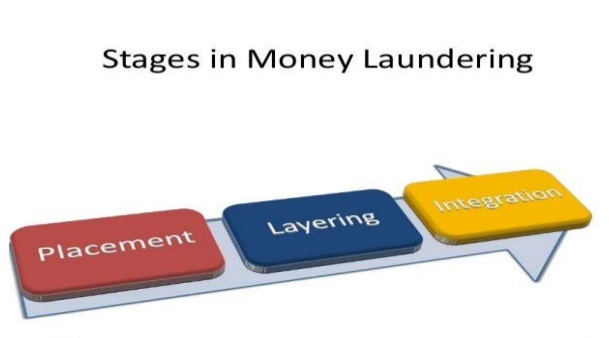 Firstly, money laundering refers to the concealing of funds from illegal activities and the transformation of those funds into legitimate assets, and can involve placing funds into the financial system, hiding (layering) the origin of those funds through a series of transactions, and then finally integrating those funds into other assets. Money laundering and its three phases have nothing to do with the value and wealth that is tied up in existing Good Delivery gold bars that are either already vaulted at the Bank of England or were deposited and accepted at a previous point in time at the Bank of England into the Good Delivery bar chain of integrity.

Withdrawing gold bars from the Bank of England and then selling them for fiat currency is also as much to do with money laundering as any other future transaction that has yet to take place, i.e. nothing. So money laundering is a red-herring. As a custodian, the Bank of England also has no remit or right to inquire from another nation state as to what it proposes to do with its property, i.e. gold bars, that that nation state wants to withdraw and repatriate back to within its own borders. The Times mentions possible sales of this gold by Maduro’s government to Turkey, which is a possibility. But so what? That has nothing to do with the Bank of England or the US Treasury.

Assuming on face value that these ‘British officials’ actually want to pursue this scenario of “clarification of the Venezuelan government’s intentions for the gold”, then this is a breach customer privacy, a breach of the Bank of England’s fiduciary duties as a gold custodian, and a breach of international law since the Bank of England is in effect confiscating and freezing the assets of another nation state.

That’s not to say that the British (HM Treasury and Bank of England) will not go ahead and freeze these Venezuelan assets (gold bars) as this is in effect what happened when the Carter Administration via the US Treasury / Fed froze and confiscated Iranian gold bars at the Federal Reserve bank of New York in November 1979 through Executive Order 12170.

The reasons put forward by official sources in the Reuters and Times articles for why Venezuela can’t withdraw its gold from the Bank of England are clearly bogus. The more logical and likely explanation is that the US, through the White House, US Treasury and State Department have been liaising with the British Foreign office, HM Treasury to put pressure on the Bank of England to delay and push back on Venezuela’s gold withdrawal request.

However, these ‘British officials’ are creating a dangerous precedent that other central bank gold customers of the Bank of England around the world will be taking note of. Similar gold withdrawal requests from other central banks, especially those that hold gold loans and gold swaps and want allocation, could well precipitate a run on the physical gold stored in the Bank of England’s vaults.