MASSIVE METALS MARKET MANIPULATION!
JP Morgan Got Caught – Is This a Buying Opportunity?

Few things are more enjoyable to me than when the big banker fat cats get caught with their hands in the cookie jar and have to admit wrongdoing. Not that it changes their behavior in any meaningful way, mind you, but at least it vindicates my efforts to expose the large-scale malfeasance and manipulation that I’ve been reporting on for decades.

I suppose we shouldn’t be surprised by any of this, but it was a bit shocking to see it splashed across the mainstream financial news headlines: “Former J.P. Morgan Chase Trader Pleads Guilty to Manipulating US Metals Markets for Years!” Reportedly, 13-year JP Morgan veteran John Edmonds recently pleaded guilty to one count of commodities fraud and one count of conspiracy to commit wire fraud, price manipulation, and spoofing.

Evidently, Edmonds admitted that he had conspired with other JP Morgan traders to manipulate the prices of gold, silver, platinum, and palladium futures contracts from the years 2009 through 2015.

He did so by engaging in a practice known as “spoofing”: placing orders and then quickly canceling them before the trades were executed ­– an illicit price-distorting practice. 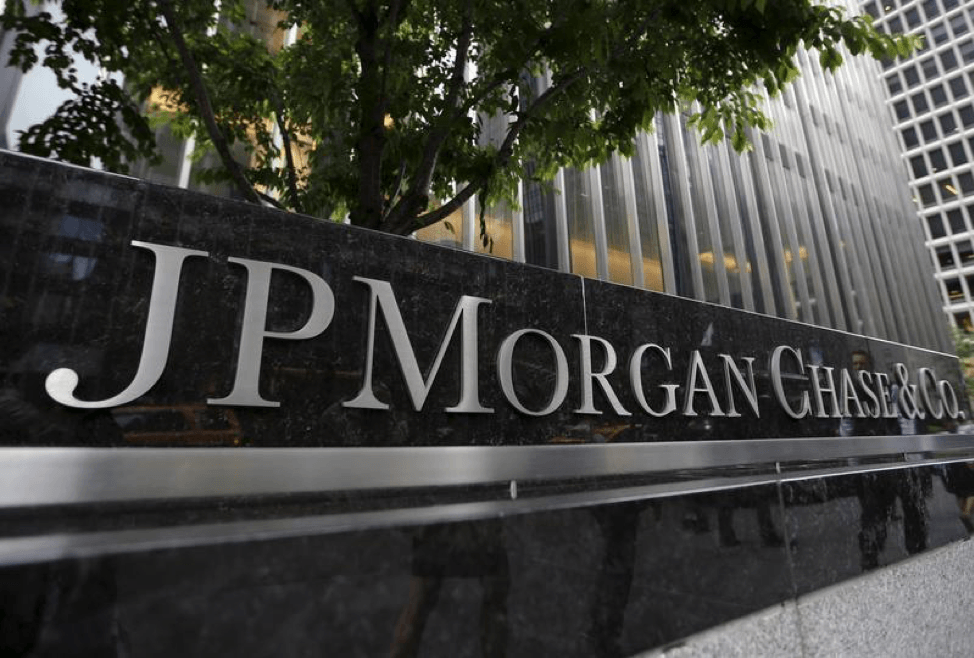 It’s not the first time that JP Morgan Chase has been accused of blatant precious metals market manipulation, as it has been reported that the company has engaged in mega-scale physical silver accumulation while concurrently shorting massive quantities of the paper version of silver (i.e., futures).

Even so, it is unusual to see an actual admission – and an actual prosecution. Assistant Attorney General Brian Benczkowski was refreshingly direct, stating that “For years, John Edmonds engaged in a sophisticated scheme to manipulate the market for precious metals futures contracts for his own gain by placing orders that were never intended to be executed.”

As we might expect, the higher-ups at JP Morgan Chase, the world’s biggest investment bank in terms of revenue, have not (as of this writing, at least) been implicated in any legal actions. Meanwhile, Edmonds, a relatively junior employee at JP Morgan Chase, fully conceded that his supervisors at the company knew of his illegal activities.

As for Edmonds himself, his guilty plea was entered on October 9 and his sentencing is scheduled for December 19. He could spend up to 30 years in prison – just another example of a lower-level sacrificial lamb taking the blame for big bank wrongdoing.

Does all of this translate to a buying opportunity in precious metals?

Investors in gold and silver must accept the fact that the precious metal markets have a long history of price manipulation; these markets are, to borrow a phrase from Andrew Hecht, “squeezably soft” at times.

And as I see it, this “squeezability” is manifesting itself in 2018, presenting an opportunity to augment one’s precious metal holdings at bargain-bin prices.

Having the chance to buy gold at this level is a rare and wonderful prospect that we might not see again anytime soon: 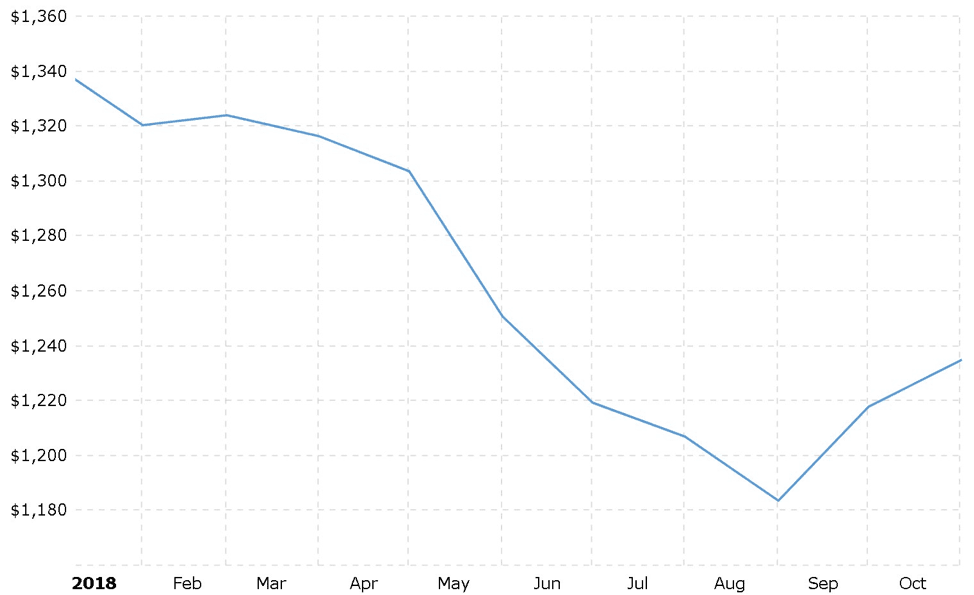 Do we have a right to be outraged by the precious metal price suppression orchestrated by JP Morgan and other big banks? Of course we do, but we also have the right to profit from the opportunities created by these events – and that’s exactly what savvy precious metal investors are doing.

I think we should join China and Russia on this one. If JP Morgan and the West want to suppress the prices, let’s accept this gift.

The fiat currencies are all being mismanaged, to say the least, so it’s only a matter of time before the physical demand takes over the real pricing of precious metals.