In so many ways, elections in America have become just another manifestation of bread and circuses; like watching a reality TV show when your house is on fire.  It’s why this article was almost named:

“The Inevitableness of Reality Requires Honesty and Acceptance”

Of course, the 2018 Midterm Elections will be analyzed ad nauseam, with other writers and pundits parsing it better than this blogger.  However, suffice it to say:  There was no Blue Wave and Trump has now solidified leadership of his Republican Party; at least more so than during the last two years of his administration.

In a raucous press conference the day after, Trump claimed victory and said his party “defied history to expand our Senate majority”. The president also said his focus in the days prior to the election remained on the senate and pointed out that most of the candidates for whom he campaigned had won their respective races.

Now, with Never-Trump  Republican senators like Bob Corker (R-TN) and Jeff Flake (R-AZ), along with Democrats Heidi Heitkamp (D-ND), Joe Donnelly (D-IN), and Claire McCaskill (D-MO) all gone  – Trump has solidified the senate so as to be in a much better position to navigate any cabinet and court appointments.  Obviously, the bloodletting has already begun, starting with Mr. Magoo himself, Attorney General Jeff Sessions.

Again, there was no Democratic Party political tidal wave in spite of the non-stop and breathless Blue tsunami warnings of the Orwellian Media which, for a few short weeks, replaced their ceaseless fake-news reporting on Russian collusion.

During midterm elections of America’s past, it was quite common for the non-presidential party to gain fifty or sixty seats in the House of Representatives, yet the 2018 results yielded near half of that.  This, in spite of scores of Republican incumbents retiring this year.

Just like prior to the 2016 Presidential Election – the Orwellian Media, the pollsters, Obama, and Hollywood, all look like bumbling fools once again.  In fact, Trump even called the pollsters vote suppressors in his November 7, 2018 press conference and for good reason.  In the month’s preceding the election, the Democrats were said to have had double-digit leads.  And, in the Florida’s Governor’s race, Democrat Andrew Gillum was shown to have a 7 point lead the day before the election, before losing to Republican Ron DeSantis the next day.

Moreover, the senators who voted against Brett Kavanaugh for the Supreme Court lost their races and the senators who voted for the slandered judge won; as the soon-to-be Democratic Party controlled House of Representatives will be divided between old and young; or aging liberal fossilsversus amateur socialists, as Trump bangs them all like bongo-drums over the next two years.

No doubt the Crucifixion of Kavanaugh, the poor timing of the Honduran Mob, as well as the tireless tenacity of the campaigning Trump helped Republicans to win in some races, but the supposedly “strong economy” failed to impress many Democrats.  Perhaps, it’s because near half of the American Body Politic now receives socialist hand-outs of sort or fashion; and this, in turn, affords the aspiring socialists the daily sustenance required to pursue the politically correct orthodoxies of their Globalist Masters.

To be sure, the Orwellian Media and fascist online corporations also did their part to inflame the budding collectivists via propagandic narratives of Russian election-hacking, combined with the selective censorship of contravening facts and fact-tellers; even as fortuitously-timed conservative terrorism raged in the few days leading up to the election.

There will be those declaring the 2018 Midterms as a mandate for compromise; as long as any consensus and compromise consistently trends toward progressivism, of course.  At the same time, no one will question how, over the past four decades, America’s federal educational system has immunized previously fertile young minds against common sense and self-reliance.

Sadly, many, if not most, Americans have become immunized against reality, too.  This is because facing reality directly, requires honesty and acceptance.  Without these, were all on a fast train going nowhere good, and quickly.  Certainly, we are now like passengers choosing Uber drivers with no GPS capabilities, who instead follow their own directions while failing to even question why we’re so lost. 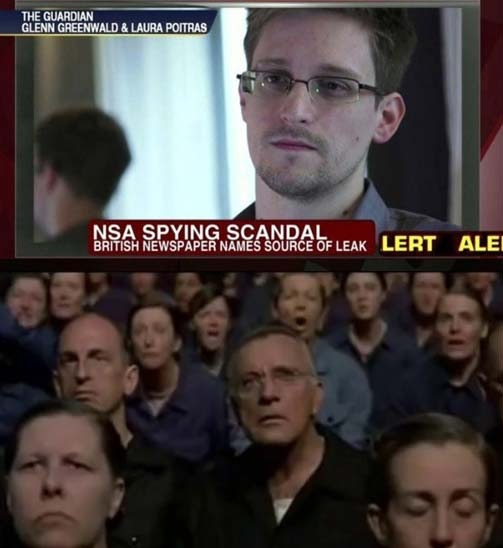 Anyone with any sense understands America, as founded under the United States Constitution, no longer exists. The decline, which began in earnest at the beginning of the twentieth-century, accelerated exponentially decade after decade as the seeds of fractional reserve banking and Cultural Marxism yielded their wicked fruit. In the new century it was the Patriot Act and political correctness that killed the Fourth and First Amendments, respectively.  And by the time Barack Obama and the political left were done fundamentally transforming America via the Cloward-Piven advancement of the welfare state, Norman Rockwell’s America, like Elvis, had exited the proverbial building.

1.) The Swamp Will Never Be Drained

Internet search “Clinton Body Count”, or “Gandy Baugh”, or “Arkancide” and the results will yield scores of links listing friends, co-conspirators, acquaintances, and body guards of Bill and Hillary Clinton who all died in apparent defiance of normal actuarial tables. It seems the lists and sites accrue faster on the net than the so-called “fact-checkers” can effectively debunk.  Yet nothing ever quite fits into the Overton Window, for some reason. Therefore, it must be false conspiracies, right?  Yeah, and Seth Rich died of natural causes.