How Much Responsibility Does The Media Hold For The 11 Dead In Synagogue Shooting?

How Much Responsibility Does The Media Hold For The 11 Dead In Synagogue Shooting? – The Bloody Hands Of The MSM By Susan Duclos – All News PipeLine

In order to understand how we got to a place where a the media blames President Trump for a Trump-hating, Nazi-loving murderer who opened fire on a Synagogue, killing 11 people, with the media decrying how President Trump is causing “anger” and hate in America, we have to go back the beginning. 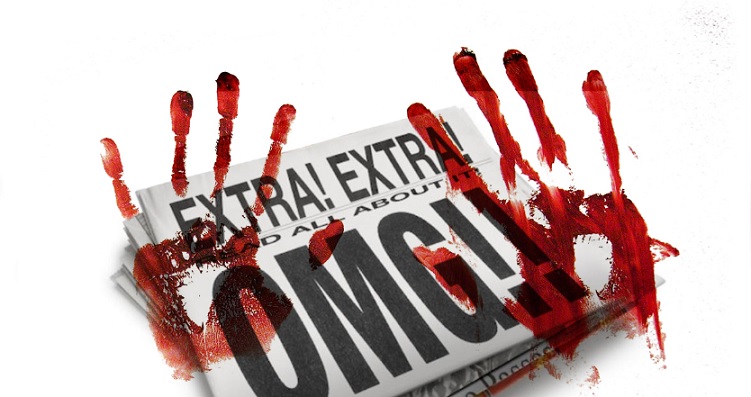 A Google search of the coverage from June 2015, shows the following headlines:

Need I go on? While many of the pieces did provide his entire statement, including the “Some, I assume, are good people, their headlines deliberately misled readers into thinking he referred to all immigrants, Mexicans, as rapists, so they could label him right off the bat as a “racist.”

The media has spent the three-plus years repeating that pattern, selectively editing Trump speeches and comments, misrepresenting Trump’s statements, publishing outright fake news at times that has had to be edited, changed, retracted, and at times completely deleted, all using the same type of dishonest reporting and/or headlines as those original examples.

The candidate Trump, and now president Trump has consistently called them out each and every time they publish a story that is false, labeling them “Fake News” and the “enemy of the people,” to which the media immediately starts clutching their pearls and whining that “President Trump is attacking us,”  howling how dangerous that is, it is inciting people!

Just wow…. Hello? Pot, meet kettle…. and as we said when we were children… YOU STARTED IT,” and it is documented online everywhere, from day one. 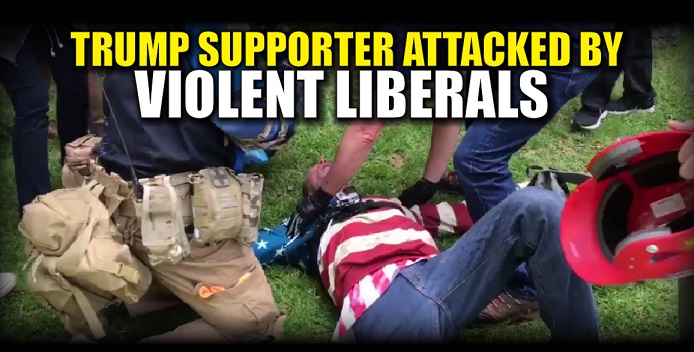 THE BLOODY HANDS OF THE MSM

So, a Trump-supported sent a number of fake bombs (none exploded or detonated and most that we know of, didn’t contain the materials that would make them explode) to some high profile liberals and to CNN, and the media screeches at the top of their lungs that it is all president Trump’s fault because he “attacks” them.”

Well, they cannot have it both ways. If they can claim that the fake hoax bomber was “incited” by the president calling the media out on their lies and disinformation campaigns, then the media must accept their own responsibility for “inciting” the over-abundance of violence, harassment, death & rape threats, vandalism, etc… against Trump officials and supporters, with their constant barrage of “outrage” each and every single day, and their labeling Trump supporters as homophobic, Islamophobic, misogynistic, racist deplorables.

The man who shot up the synagogue was a Trump-hater, incited to violence by outrage. Who has been promoting non-stop outrage against President Trump for three solid years?

While I am a firm believer that radical terrorists are responsible for their own actions, no matter if it is the man that shot up a baseball field full of GOP congressmen, injuring three and critically injuring Congressional Representative Steve Scalise, or the man that sent fake pipe bombs to liberals, or the one that killed 11 innocent people in a synagogue, the media must be held accountable (not physically!) for their own part in deliberately inciting these monsters.