This is what the socialist Democrat Party has been waiting for

This is what the socialist Democrat Party has been waiting for – and they may get their wish By John Velisek, US Navy – Retired – All News Pipeline

If This ‘Invading Army’ Reaches America, The Mob Violence From The Left We’re Witnessing Now Could Turn To Blood Flowing Through The Streets

The caravan of migrants continues to move toward our border. This massive mob of well-fed, well dressed, rested migrants will attempt to force their way across the order. Progressive socialist Democrats will start whining about how they are so distressed being from countries that have treated them poorly.

Celebrities will wring their hands and clutch their pearls about how poorly we are treating them. It will not be mentioned that they are in fact economic refugees, looking for jobs and handouts to improve their lives.

They will be here just in time for the midterms. Although the distance is far, the only time they actually walk is at the scheduled times when they know the cameras will be there.

If you think about the distance already covered, you can understand that they could not have possibly gotten this far without the flatbedtractor trailers and trucks that load them up and bring them closer. Mainstream media won’t mention this because it does not fit the narrative that they wish to portray. 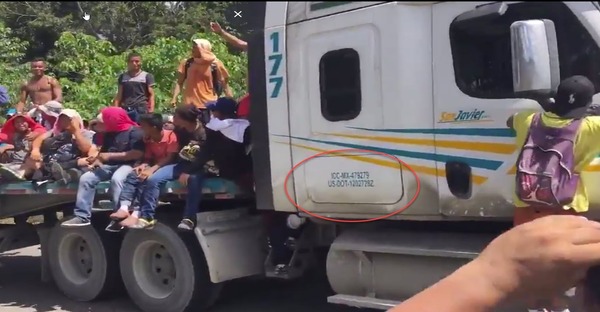 So what can we expect when they get here? Many in the group will wait and see what happens, but the gang members such as MS 13 and the jihadists among them will do the best they can to force the border and create the chaos that will get them through. CNN and the other progressive socialist lackeys will scream that we are bigots for protecting our country, and the progressive socialists will want to declare martial law.