TDC Note – Is this one of the main reasons for the massive attack against Brett Kavanugh becoming a SCOTUS Judge? I think it played a big role.

While twitter, facebook, youtube and google continue to silence Conservatives ahead of the mid-terms in just weeks, quite literally attempting to manipulate the election themselves in the favor of the Democrats, the draconian and well coordinated purge of Conservative and independent voices from the big social media websites on the internet could put thousands of people out of work according to Matt Savoy of the Free Thought Project. As Savoy told RT of the coordinated twitter/facebook purge, “facebook was a source of how we were able to get our links out and drive traffic to the website, and we no longer have it. The few remaining employees that we have, they are going to be gone.”

And while facebook claimed they were getting rid of spamming accounts, as we had reported on ANP on October 13th, facebook’s ‘hit list‘ contained many of the same websites listed by globalist propaganda organization ‘prop or not’, a list referenced by the Washington Post in a now discredited fake news story. So should ‘big tech’ be allowed to censor political views online they don’t agree with?  With ANP on the ‘prop or not hit list‘, what we consider a badge of honor, we sincerely thank everybody who has donated to us, allowing us to stay in this fight, for with all of the attacks upon independent media, we wouldn’t be here without you.

Much more below on all of the latest censoring of Conservatives including a look at the NPC meme being banned across social media outlets for triggering the left along with a revealing look at a new story from The Verge which reports a majority of Americans can’t even tell a real person from a bot online, BUT, they can tell what ‘fake news’ is. First, from the previously mentioned Citizen Truth story.:

After the recent purge of over 800 independent media outlets on Facebook, the Supreme Court is now hearing a case that could have ramifications for any future attempts at similar purges.

The United States Supreme Court has agreed to take a case that could change free speech on the Internet forever. Manhattan Community Access Corp. v. Halleck, No. 17-702, the case that it has agreed to take, will decide if the private operator of a public access network is considered a state actor, CNBC reported.

The case could affect how companies like Facebook, Twitter, Instagram, Google and YouTube are governed. If the Court were to issue a far-reaching ruling it could subject such companies to First Amendment lawsuits and force them to allow a much broader scope of free speech from its users.

The Court decided to take the case on Friday and it is the first case that was taken after Justice Brett Kavanaugh joined the Court.

DeeDee Halleck and Jesus Melendez claimed that they were fired from Manhattan Neighborhood Network for speaking critically of the network. And, though the case does not involve the Internet giants, it could create a ruling that expands the First Amendment beyond the government. 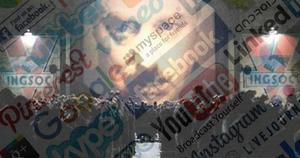 In this new story over at The Verge that the Drudge Report linked to we get a look at a huge problem for America. Reporting that the majority of Americans believe they CAN tell the difference between ‘real news’ and ‘fake news’ BUT most Americans CAN’T tell the difference between a real, live human being on social media and a ‘bot’, the huge disconnect is easy to see with many on the left still trusting CNN and MSNBC as if their news was the Word of God.

In the Pew Research study on social media bots they report that only 47% of those surveyed believe that they could tell the difference between a human being and a bot and a huge 80% of those surveyed believed that ‘bots’ were used for bad purposes, such as spreading ‘fake news’. But with the mainstream media and Democratic party operatives long labeling ‘deplorable’ President Trump supporters as ‘Russian bots’, the disconnect on the left becomes obvious when they believe the msm that Conservatives are ‘nazis’ or ‘bots’ when we’re not.