Undeclared Alliance Between Russia And China A Message To Washington DC

Russia Is Ready For War! Vostok 2018 Simulated World War III With Two Nuclear Strikes Upon America Within One Week

The real threat from Russia is not to elections, but to our lives.

VOSTOK-18 is the largest rehearsal of World War III in the 21st century, as big as ZAPAD-81, the then-USSR’s biggest military exercise simulating invasion of NATO during the height of the Cold War, nearly 40 years ago. 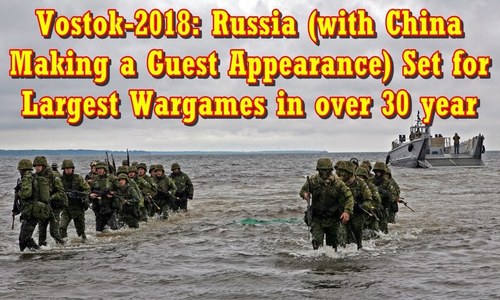 Perhaps it is the hubris of free societies, naturally preoccupied with domestic political “enemies” and biased against defense investment, that makes it possible for press and professional analysts to report so little, and such rosy-hued theories as these about VOSTOK-18:

• Moscow exaggerates the size of VOSTOK-18.

• VOSTOK-18 does not signify an undeclared Russia-China alliance.

• VOSTOK-18 is to impress the Russian people.

Moscow is exaggerating the size of VOSTOK-18?

There is no evidence Russia overstated the number of forces exercising. On the contrary, ever since Russia won World War II in part by hiding 200 divisions from German intelligence, Moscow has tried to conceal its real military strength. 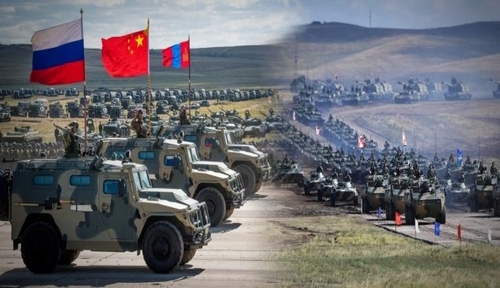 Russian military doctrine calls for launching a surprise attack by mobilizing forces under the guise of an exercise. Russian mobilization for invasions of Crimea and Ukraine happened during so-called military exercises.

By the way, NATO military exercises rarely involve more than 30,000 troops — one-tenth the size of VOSTOK-18. But NATO exercises, no matter how small, are routinely described by the press as “large-scale” or “massive” or other such unwarranted adjectives.

NATO has not conducted a big exercise, like REFORGER, that mobilized 115,000 troops, since 1987. Nor do NATO’s political leaders participate in military exercises, whereas Vladimir Putin often personally supervises Russian exercises.

How will the often quarrelsome 29 NATO leaders cooperate in war? For example, what will Germany’s Angela Merkel do if Russia threatens, if she supports NATO defense of Poland against Russian invasion, an EMP attack on Germany?

Surely the Russian General Staff notices how small NATO’s military exercises are, and how thin the U.S. shield in Europe (1,000 troops in the Baltic States; 4,000 in Poland; 35,000 in Germany). Such an anemic posture may undermine deterrence.

VOSTOK-18 does not signify an undeclared Russia-China alliance?

One analyst claims VOSTOK-18 is aimed at deterring China from annexing Siberia, even though China participated in the exercise. This is a plausible additional motive for the big exercise.

Any alliance between military dictatorships, like partnerships between gangsters, like the Hitler-Stalin Pact, is usually based more on mutual fear than friendship.

But the larger purpose of VOSTOK-18 is to impress upon Washington that there is an undeclared Russia-China military alliance by a joint exercise that simulated against the United States a nuclear World War III. 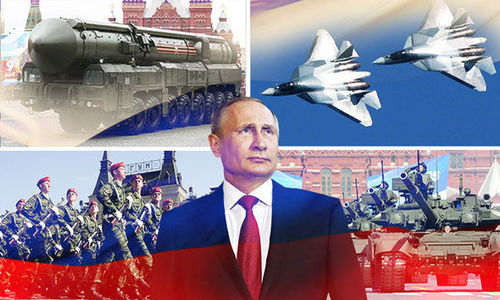