As an American citizen I was appalled while watching the liberal antics during the Senate Judiciary Committees Brett Kavanaugh confirmation hearings to become a Supreme Court Justice. The constant rude and obnoxious interruptions, the posturing, and that was just from the Democrat Senators sitting on the committee.

As an observer of the entire multi-day hearings I was astounded at the sheer disrespect for the Senate committee, and Judge Kavanaugh, by the heckling protesters, screaming in the middle of the chamber, lying down on the floor like a child when being escorted out for the disruption, then having to be dragged on the ground simply to remove them.

The planned disruptions, the delaying tactics and the general blatant display by liberals in doing everything and anything possible to delay the proceedings was an embarrassment to the nation, but helped to expose the level of insanity we are witnessing on the far left these days.

As a person I was disgusted by images of women looking like clowns as they dramatically dressed up in “hand maiden” costumes, by a man dressed as a woman with a bright red substance down the front of his groin and legs, by a group of women with black tape over their mouths and black veils over their heads, along with images of crazed and unhinged women and men screaming bloody murder inside the chamber day in and day out.

If I was appalled, astounded and disgusted by the hearings, I can tell readers right now, I am completely and utterly infuriated over what has occurred since, as a liberal activist, Christine Blasey Ford, has crawled out from under some rock and leveled a sexual misconductaccusation against Judge Kavanaugh, claiming that 35 or 36 years ago, when they were both teenagers, he pinned her to a bed and tried to remove her clothes.

Ford claims she doesn’t know what year it occurred, or how she got to the party she claimed the event happened at, or where the party was held, or any details that could in any way be investigated to confirm or debunk. She also claims she never mentioned the incidentto anyone until 2012.

The liberal media, Democratic politicians, and liberals across the internet demand that her accusations, absent any evidence at all, should be automatically believed, despite three people she named as being witnesses, Kavanaugh and two other men, vehemently denying the event ever happened, yet liberals want to; 1) Delay Kavanaugh’s confirmation vote to the Supreme Court; 2) Demand an investigation by the FBI, despite no federal crime or national security issue being in play; and 3) Call for his name to be withdrawn.

Kavanaugh has denied the event ever occurred and is reportedly “chomping at the bit” to testify to clear his name. 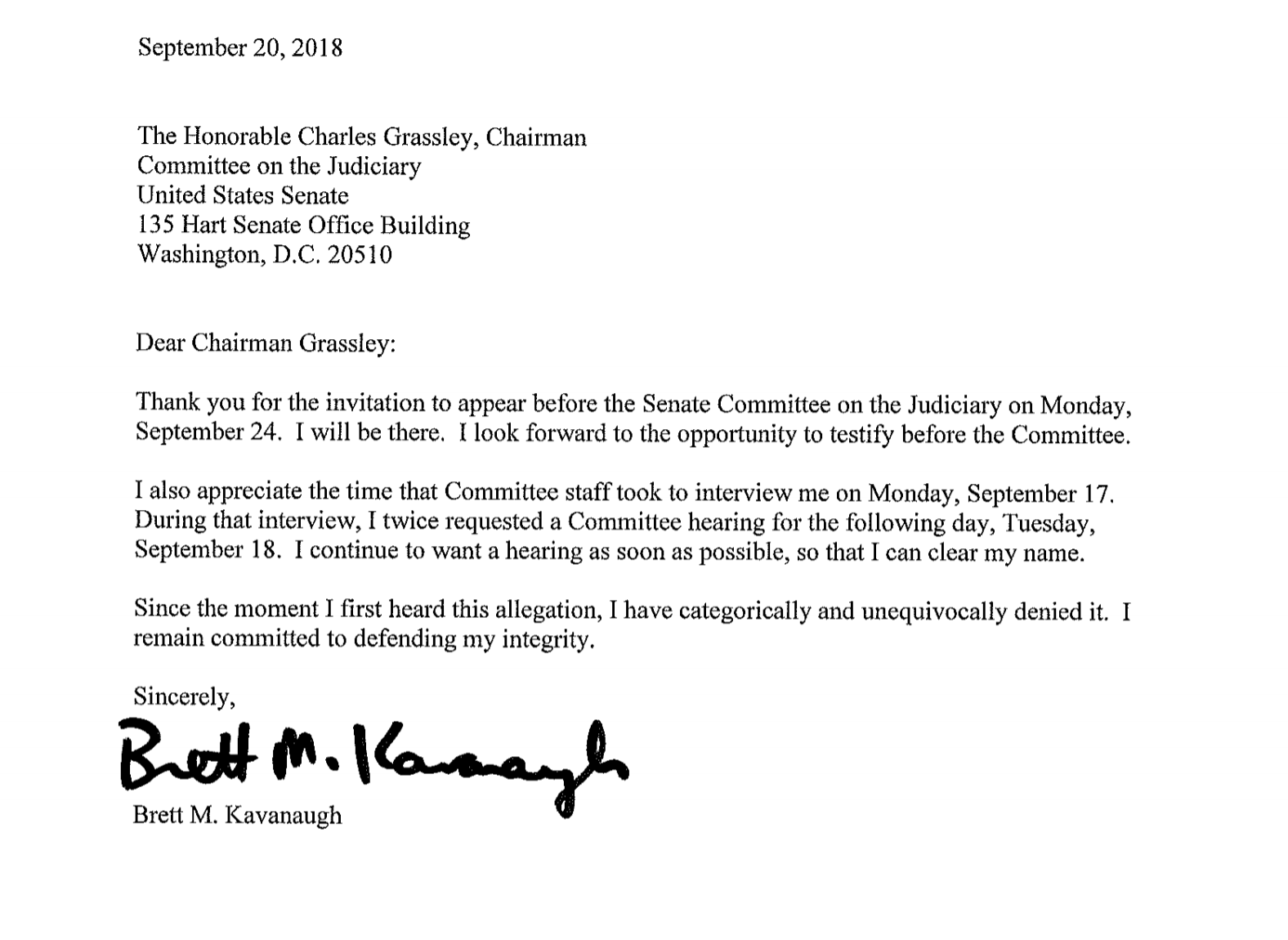 The accuser, Ford, claims she wants to “be heard,” yet refuses to testify at a hearing scheduled for Monday, claiming, along with liberals and Democrat politicians, that the Senate Republicans are “rushing.”