The global financial reset has already begun, and President Trump is actually working to accelerate it

The global financial reset has already begun, and President Trump is actually working to accelerate it by Ken Schortgen – Shotgun Economics

When the topic of a global currency or financial reset come to the forefront, there are two specific elements within its foundation… the dollar, and the Western run banking system headed by London.

Several well known, but alternative media economists have been forecasting the transition into a new financial paradigm for several years now, but ironically this change appears to be accelerating under President Donald Trump. And perhaps this is because he knows in his heart that the system is too far gone to try to reform and that the destruction of the uni-polar dollar or petrodollar system is the root cause. 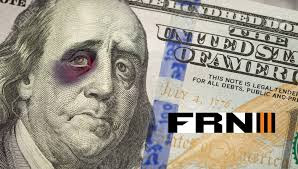 Let it be known that the resolution of the financial crisis in Turkey can be regarded as the first critical step in the Global Financial RESET, which has already begun. This is according to consensus among the Jackass colleagues. The introduction to critical steps has been the ongoing Deutsche Bank rescue and Italian banking system life suport, in the West. The introduction to critical steps has been the creation of the Gold-Oil-Yuan futures contracts in the East. THE GLOBAL RESET BEGAN A FEW MONTHS AGO, WITH NO MARQUEE SIGNS, NO FLASHING LIGHTS, NO BANDS, NO HOOPLA. The banker cabal prefers that the public is ill-prepared, since the elites among them are busily preparing their positions for tremendous profits in the $trillions, equal to the losses expected by the clueless public. – Golden Jackass Newsletter, September 16

When we make the assertion that President Trump is actually an instigator in helping to bring about a global financial reset, all one has to do is look at how he is working hard at trying to isolate the U.S. from the decade’s long move towards globalism, and is purposely forcing nations to dump their dollars in order to see a return to bi-lateral and non reserve currency trade.

Through the implementation of economic sanctions on 10% of the world’s economies, instituting tariffs on their biggest importers, challenging the sovereignty of the Federal Reserve, calling for a much more devalued dollar, and of course revoking the Iran Deal, President Trump has pushed a large number of nations, both ally and adversary alike, to begin dumping dollars en masse and to begin seeing the call for an end to dollar hegemony in the financial system.

Countries around the globe are trying to find ways of substituting the US dollar in trade, according to Russian presidential spokesman Dmitry Peskov.

“All of a sudden, the country which issues the US dollar starts making steps which are shattering trust in this reserve currency. More and more countries, not only in the East but also in Europe, start mulling ways to minimize their dependence on the US dollar,” Peskov told Rossiya TV channel.

Peskov noted that it is not easy to replace the dollar-dominated system, however, “the fact that the trend of searching for alternatives has begun” is noticeable. – Russia Today

Following the U.S. scrapping the Bretton Woods agreement and forcing the world off the gold standard more than 40 years ago, the dollar that emerged under the auspices of the ‘Petrodollar’ has been a thorn in the flesh for nearly every nation who’s currency is either pegged to the reserve currency, and especially for every nation who has dared stand in opposition to America’s foreign policies that have included war and regime changes.  Thus the only way for the world to become free from a system that was created by the globalists for their benefit alone is to focus primary on the dollar itself, and take away the catalyst that has allowed the world to become slaves under that system.