Dollar, gold and silver on hold

Dollar, gold and silver on hold by Alasdair Macleod GoldMoney 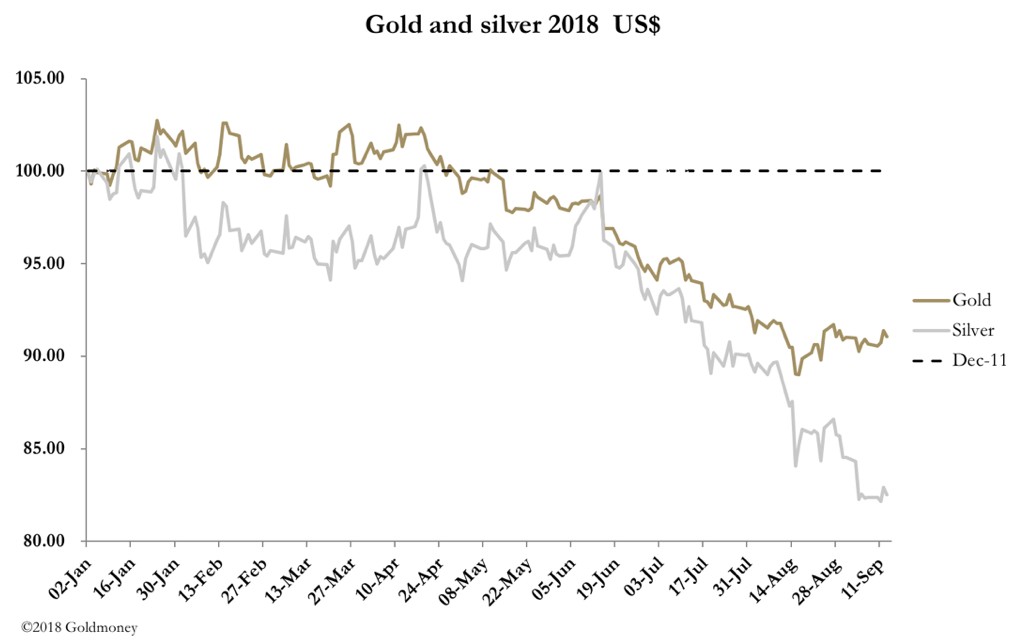 Silver was up four cents at $14.22 over the same time scale.

Trading on Comex was moderate to light, and open interest in gold up slightly, while silver’s is down less than 3,000 contracts. Both metals remain very oversold, though they are at least showing signs of forming a short-term bottom.

Traders will be reflecting on the potential for a rally to develop out of a bear squeeze, but if the oversold condition corrects itself without much of a price recovery they may be thinking there is potential for another price slide. This is why, despite the dollar failing to rally further, gold and silver are in wait-and-see mode.

Our next chart shows the technical position for gold, which confirms this dilemma from another angle. 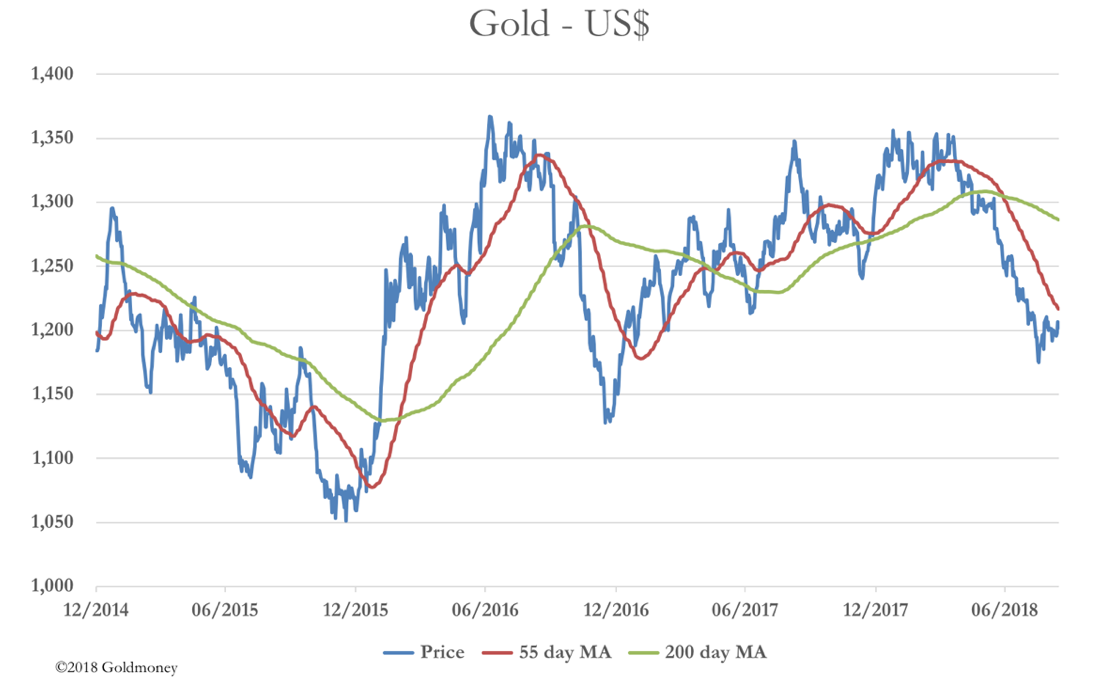 Here, we see the gold price rallying towards the 55-day moving average, a point where traders might sell given the average is declining in bearish sequence with the price below and the 200-day above. But frankly, the use of these averages to determine trends has hardly been a happy experience. What if there is a repeat of December2015 or December 2016? Both those technical conditions were similar to that of today, and the bears were crucified.

For our guidance we should discard technical analysis and accept that the way the market works is the bullion banks bounce the market once they have long positions, which is the case today. All they await is the signal, and the squeeze begins. That may come from a rising gold price creating nervousness among short speculators, and here we can guess that a move above the $1215-20 level for gold will intensify the bears’ pain. At that point, the price will be above the 55-day moving average, and technical analysts will then be saying the rally may have some more legs.

The short-term outlook for gold is also largely dependent on the dollar. Our last chart is of its trade-weighted index. 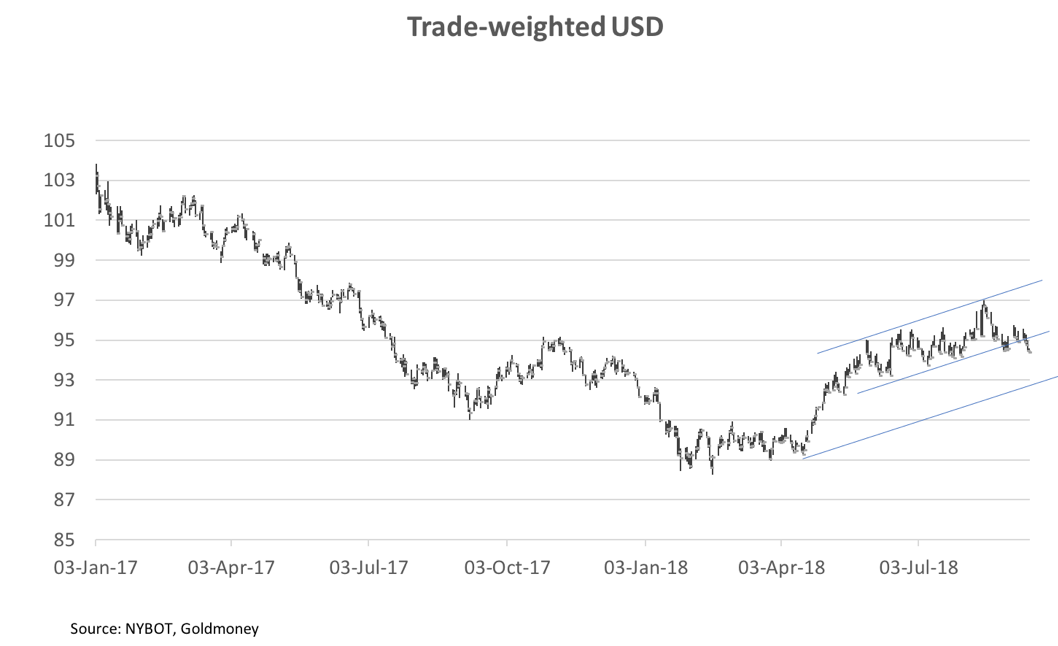 The rally from earlier this year retraced just over half 2017’s decline in half its time. Technically, this may be over, in accordance with Gann theory. In the short-term the price has broken down from an upper channel delineating the top, with a price target of 93, at which point it should find some support. However, having broken below the upper channel, the loss of momentum should raise increasing suspicion that the dollar’s rally is over, and the bear market might resume.

There are a number of ifs and buts in this interpretation, but the point to bear in mind is that the dollar is massively overbought and currency commentators are overwhelmingly bullish. That usually sets it up for a fall.

What will be needed is a rally in the euro, which has the largest weighting by far (c.50%). In this week’s ECB press conference, there appeared to be a marginally more hawkish tone emerging. The Eurozone economy is therefore not as bad as the naysayers will have you believe, improving the outlook for the euro.

A glimmer of hope for gold and silver prices?