While we’re quick to admit that we’ve tuned out TV news a very long time ago and still avoid watching it as if it were the plague itself being delivered into our living room, we absolutely still enjoy watching a good newscast and in 2018 in the age of fake news from most of the mainstream media, nobody delivers truth to the masses like Tucker Carlson of Fox News.

With the younger generation of Americans now quickly awakening to the fact that outlets such as CNN are ‘fake news’ and employ propaganda as this new story over at The Atlantic reports, President Trump himself recently suggested that Americans should be able to be exposed to all views and all kinds of news, even ‘fake news’ CNN, to allow us to determine what we find to be ‘truth’ and what we find to be ‘lies’.

And while the website ‘bot sentinel’ lists Tucker Carlson as one of the biggest sources of ‘fake news’ on twitter (along with Sean Hannity and even President Trump himself!), as we hear from Tucker in the 1st video below, he’s now warning us through the very words of Democratic party candidates for office all around the country that should they have their way, America may soon be part of a borderless world. 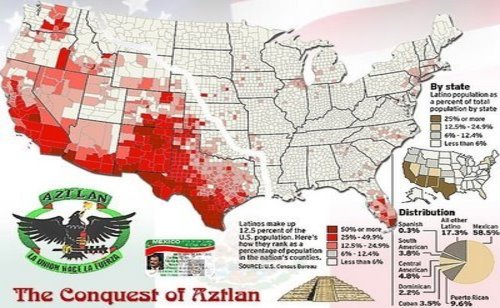 With a ‘North American Union’ and a borderless America long called ‘conspiracy theory’ by the mainstream media, Democrats are now very blunt and open about their views to dissolve our borders. And as Laura Ingraham reported back in June (yes, Laura is also called one of the biggest sources of ‘fake news’ on the internet by ‘bot sentinel’), liberals are using the controversy over migrant family separations at the border to push for their real goal: a borderless world.

With many Democratic politicians now calling for ICE to be abolished completely and those law enforcement officers who are doing their jobs to be arrested, it’s becoming more and more clear every day that should the Democrats somehow take back the White House in 2020, there’ll be nothing that will be able to stop them from completing what now is their wide open agenda; dissolving US borders and letting as many future Democratic voters into the country as possible.

Yet as Tucker lays out flat for us, with so many Democrats voicing such extreme opinions, they’re blowing up their own party. With more and more progressive candidates winning Democratic primaries, Tucker warns the extreme positions held by people such as gubernatorial candidate Andrew Gillum in Florida and Arizona’s gubernatorial candidate David Garcia, who has called for open borders with Mexico, are driving many away.

BUT as Tucker also tells us, there is a very, very real possibility that these people can win in November! And if somehow these Democratic extremists who seek to dissolve the sovereignty of America by eliminating our borders win in 2018 before sweeping to national victory in 2020 via hook or crook, there will be virtually no chance that Americans will ever be able to get our country or national sovereignty back short of full-fledged revolution against global government. 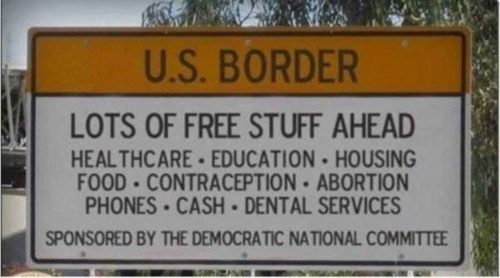 With Democrats offering loads and loads of free stuff to illegal immigrants who come into America most recently exemplified in California by gubernatorial candidate Gavin Newsom calling for free health care for all illegal immigrants there, it’s easy to see that the deck is being loaded, what could easily be considered political bribery, with Democratic Hispanics and Latinos outnumbering those who are Republicans by more than 2 to 1.

And with illegal immigration long having been used as an act of war upon sovereign nations, we think it not just a coincidence that United States Air Force General Terrence O’Shaughnessy recently ended a speech at the 140th National Guard Association conference with an ominous warning that the era of great power competition doesn’t leave the United States mainland uncontested.

The U.S. “homeland is no longer a sanctuary,” according to the four-star general.

Warning that the era of America being sheltered by oceans to our East and West and friendly neighbors to our North and South is now over, General O’Shaughnessy’s warning shouldn’t be Americans greatest concern.

As Fox News Insider and Carlson report in this new story, “You sneak into a country, ignoring its laws, and you get free health care in return,” Carlson explained, “if enough of these candidates do win, you won’t have to imagine what a borderless America would look like“. But imagine we will. 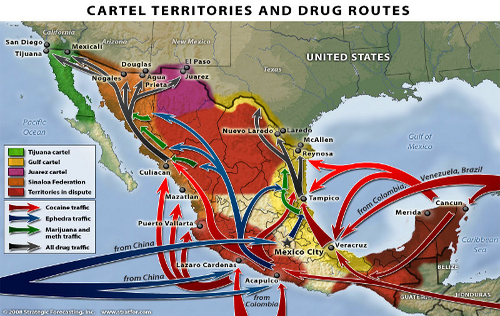 Just think, MS-13 and the Mexican drug cartels slaughtering the innocent in Mexico would absolutely LOVE a borderless America with their drug routes already running freely throughout Mexico and only our extremely porous border and courageous border patrol officer’s to stop them.