Profiles In Treason: James Comey – This Pathetic, Treasonous Coward Weaponized The FBI To Assist In The Destruction Of The Rule Of Law In America By John Velisek – Retired, US Navy – All News Pipeline

– The FBI Under Comey Protected, Aided And Abetted Islamic Terrorists In America

The Federal Bureau of Investigation under James Comey was weaponized to assist in the destruction of the rule of law. He has placed American lives at risk because of his willingness to overlook the Muslim danger our nation is in. His incompetence has been in full view. The picture that the media presents of an Upright Boy Scout in constant search of the truth is a laughable affront to all patriotic American citizens.

Comey ignored the counter-terrorism terms, concepts, and findings that would be a bulwark against the terrorism in our country. Groups such as MOA (Jamaat al-Furqa) have been consistently ignored as terrorist training camps that have been created here in the United States. Investigations have shown that MOA has been the cause of many murders, one disappearance three firebombings. MOA also calls for jihad against those it considers hostile to Islam including the federal government.

Along with the Muslim sympathizers in the Obama administration all information and presentations concerning Muslims and Islamic Jihad were purged from the FBI training manuals by Robert Mueller, then the head of the FBI with the willing help of James Comey. This was done because Muslim groups like CAIR, ISNA, and the SPLC found the truthful information to be offensive. 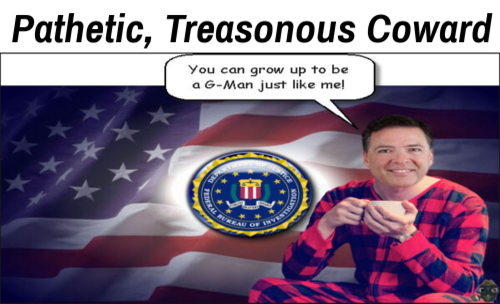 These groups continue to this day to be working with the Deep State to foment anarchy, even going as far as to form an alliance with ANTIFA and other radical groups to create the chaos that they so desperately need to overcome the culture and way of life that has served our country so well for all these years. Obama had appointed numerous Muslim Brotherhood acolytes to his administration, and Comey dutifully administered the purge of all information of the Muslim Brotherhood and any link that associated the MB with terrorism.

The FBI even went so far as to assist a shooter in Garland Texas. In 2015, two terrorists attempted to kill attendees at a “Draw Mohammed” contest in Garand Texas hosted by Pamela Geller. The FBI has an undercover agent working with these two terrorists and knew what was to happen. AT the location during the attack, he drove off after photographing the act of terrorism.

Only a local heroic security guard, after being wounded, stopped the attack by killing the terrorists. The FBI did nothing, did not intervene, and did not warn the attendees of the event. The FBI never explained why the attack was allowed to happen, and it has never been explained that, if the attack had succeeded, and Pamela Geller and the attendees had been killed or seriously wounded, how would the FBI explain allowing it to happen.

The initial purging took place under than none other the Robert Mueller under the instructions of Obama, it is very clear that Comey continued with the Mueller “Guiding Principles” so that friendly contact with terrorists would continue. And even though the DOJ banned the FBI from associating with CAIR, field offices in Los Angeles, Chicago, New Haven and Philadelphia continued to maintain friendly relations with CAIR. 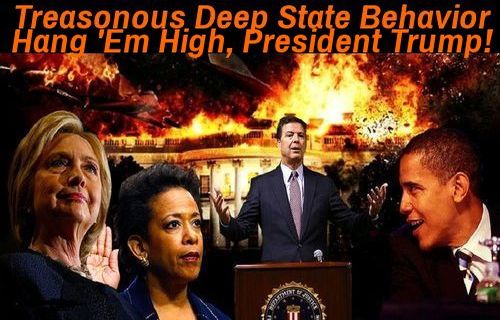 The FBI has been extremely active in recruiting agents from the Muslim community even going so far as to placing recruitment ads in extremist publications. This lead to the infiltration of the FBI by these same Muslim extremists and a Los Angeles field agent tipping off a Muslim suspect under investigation.