The Southern Poverty Law Center recently had to pay a $3.375 million settlement after wrongly listing Islamic reformer Maajid Nawaz and his organization, the Quilliam Foundation, as an “Anti-Muslim extremist on their website.

After that settlement announcement and forced apology by SPLC to Nawaz, journalist Marc Thiessen shredded the group in an op-ed titled “The Southern Poverty Law Center has lost all credibility. (Archive.is link to the Wapo editorial here)

Let’s hope this settlement is the first of many, because this is not the first time the SPLC has done this. In 2010, it placed the Family Research Council (FRC) — a conservative Christian advocacy group that opposes abortion and same-sex marriage — on its “hate map.” Two years later, a gunman walked into the FRC headquarters with the intention to “kill as many as possible and smear the Chick-fil-A sandwiches in victims’ faces.” He told the FBI that he had used the SPLC website to pick his target.

Unfortunately, many in the media still take the SPLC seriously. Last year, ABC News ran a story headlined: “Jeff Sessions addresses ‘anti-LGBT hate group,’ ” in which it reported that “Sessions addressed members of the Alliance Defending Freedom, which was designated an ‘anti-LGBT hate group’ by the Southern Poverty Law Center in 2016.” The Alliance Defending Freedom is a respected organization of conservative lawyers dedicated to defending religious liberty, and it just argued a case before the Supreme Court, Masterpiece Cakeshop v. Colorado Civil Rights Commission. It won, 7 to 2. It is not a “hate group.” If anything, it is fighting anti-Christian hate.

In 2014, the SPLC placed Ben Carson — later a Republican presidential candidate and now the current secretary of housing and urban development — on its “extremist watch list,” alongside neo-Nazis and white supremacists. After an uproar, the group removed him and apologized.

The SPLC also lists Charles Murray, a colleague of mine at the American Enterprise Institute and one of the most respected conservative intellectuals in the United States, on its website as a “White Nationalist.” Last year, an angry mob of students, many citing the SPLC’s designation, physically attacked Murray during a speech at Middlebury College. He escaped unharmed, but the liberal professor who invited him ended up in the hospital.

It was revealed in July 2018, that despite publicly cutting ties with SPLC in 2014, the FBI was still not only working with the SPLC, but also continued to have them listed as a “resource” on their Hate Crimes page.

The FBI-SPLC link reignited alarm after Rep. Matt Gaetz, Florida Republican, fired off a letter last week asking FBI congressional liaison Jill C. Tyson about an email in which he said the bureau acknowledged a working relationship with the SPLC.

“In email correspondence, the FBI has admitted to working with the SPLC,” said Mr. Gaetz in the July 23 letter obtained by Fox News host Tucker Carlson. “This is surprising and worrisome, as the SPLC is known to use its platform in order to denigrate and disparage certain groups by labeling them ‘hate groups.’”

Days later, on July 30, 2018, Attorney General Jeff Sessions announced the creation of the DOJ’s Religious Liberty Task Force, which “will help the Department fully implement our religious liberty guidance by ensuring that all Justice Department components are upholding that guidance in the cases they bring and defend, the arguments they make in court, the policies and regulations they adopt, and how we conduct our operations.  That includes making sure that our employees know their duties to accommodate people of faith.”

In his speech before the Department of Justice’s Religious Liberty Summit, Sessions stated “We have gotten to the point where courts have held that morality cannot be a basis for law; where ministers are fearful to affirm, as they understand it, holy writ from the pulpit; and where one group can actively target religious groups by labeling them a “hate group” on the basis of their sincerely held religious beliefs.”

While Sessions did not specify SPLC in that speech, those aware of how SPLC targets religious groups, or any group that does not espouse liberal ideology, by publicly listing them as “hate groups,” understood exactly who Sessions was talking about, as PJ Media asked immediately “DOJ’s New Religious Liberty Arm Set to Investigate the SPLC?”

On Wednesday, August 8, 2018, Jeff Sessions wasn’t as vague and named SPLC by name, making it very clear that in the civil rights era the SPLC did some important and worthy work, before he accused the SPLC of now using their “hate group” designation as a “weapon and they have wielded it against conservative organizations that refuse to accept their orthodoxy and choose instead to speak their conscience. He continued on to say “They use it to bully and intimidate groups like yours which fight for the religious freedom, the civil rights, and the constitutional rights of others. You and I may not agree on everything—but I wanted to come back here tonight partly because I wanted to say this: you are not a hate group.”

It gets better as it appears that Jeff Sessions just confirmed what we at ANP have stated on multiple occasions, SPLC is a hate group. 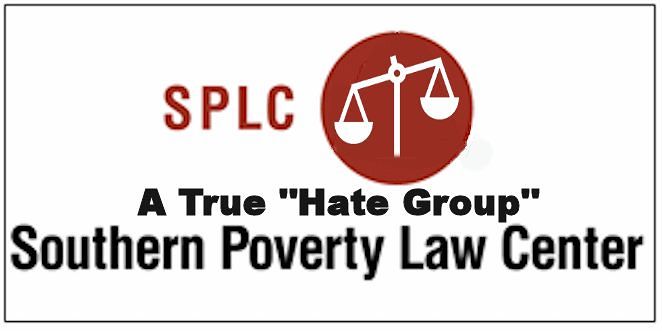 After detailing ADF’s impressive record at the Supreme Court, with a 9-0 record over the past seven years, two of those cases with a 7-2 ruling, one per curiam, and one with a 9-0 decision, he then states the following: