In this recent story over at Zero Hedge they report that according to a top advisor of Turkey’s President Recep Tayyip Erdogan, he will now run the country singlehandedly with any and all dissenters fired in the wake of the recent presidential election which granted Erdogan sweeping new executive powers.

With Erdogan wasting no time making moves that will cement himself into a dictator under the country’s new system of government, the new form of government in Turkey shows the country “is no longer a democracy, with no checks and balances, and Erdogan will henceforth rule with executive decree.”

And with parts of the Middle East once again up in flames, the chances of all-out war breaking out in the ‘powder keg of the world’ grow more stronger with Iran now warning President Trump of ‘the mother of all wars’ while Erdogan recently warned that a coming war between the crescent and the cross may be inevitable. And while President Trump suggested that he’d like to improve ties with Turkey and Erdogan, former Trump advisor Steve Bannon recently called Erdogan ‘the most dangerous guy in the world‘.

As we reported on ANP back on June 12th, Erdogan has long considered himself the ‘self-proclamed Islamic Caliph’, hoping to lead the global Islamic caliphate, and with numerous countries in Europe now revolting against the massive influx of Islamic immigrants into their nations, Erdogan telling Turks to be ready for a 3rd world war and calling for ‘an army of Islam’ to invade Israel from all sides hint of danger ahead.

As Steve Quayle mentioned in an SQnote while linking to this story over at the Daily Mail reporting upon the latest fighting in the Middle East, “expect Turkey to get militarily involved against Israel soon“. And if we think that what is happening in the Middle East right now is bad, imagine what might happen if Turkey or their terror proxies launch an all-out attack upon Israel. 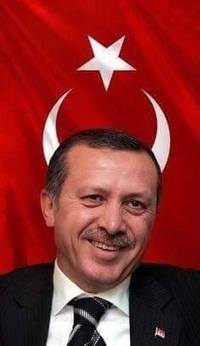 With Europe now on edge with the mass awakening there largely due to the carnage being created by the non-stop flow of illegal immigrants into the EU, a leading member of the right-wing party of Belgium recently warned that they could be closing in upon a civil war throughout Europe as government’s lose control over illegal immigrants who feel that the law doesn’t apply to them there.

Also warning that large cities throughout Europe could soon become battlegrounds with illegal immigrant gangs now attacking police, churches, businesses and other Western symbols, we’re also told that civil war in Europe could be much closer than anyone thinks. From this story over at Voice Of Europe.:

A leading member of the Belgian right-wing party, Vlaams Belang, said we could be close to a civil war in Europe. “Lynching, violence and vandalism, the urban guerrilla is portentous,” Filip Dewinter writes on Twitter.