Radicalism Becomes The New Norm For The Democratic Party

In Tolland, Massachusetts there is summer camp called Camp Kinderland, in which looking at images from years past, seems to be a normal summer camp with kids singing, playing, boating, playing Frisbee, you know, the normal activities one generally associates with summer camps for children….. but this is no normal camp.

This specific camp as been dubbed #commiecamp by film director Katie Halper. A social justice theme camp that admits on their about page that they “integrate progressive values with arts, recreation, and activism,” with a “commitment to economic, racial, and social justice.” 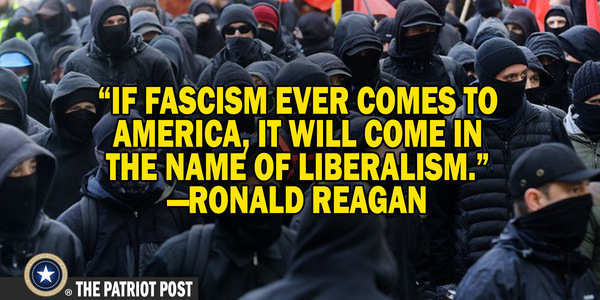 If creating a whole new generation of communists by indoctrinating them into “progressive” ideology is slightly disturbing, what should truly concern everyone, other than Democratic socialists, is the type of “activism” these children are being taught as part of their activities.

Such as having these children create Antifa flags, as proudly touted by  Mark Bray, a lecturer at Dartmouth College and an Occupy Wall Street organizer, and the author of the Anti-Fascist handbook, where he boasted on July 18, 2018, “Whoa the kids at @CampKinderland made their own #Antifa flags. Super rad!” He even shared the images of the activity the little kiddie commies were participating in. 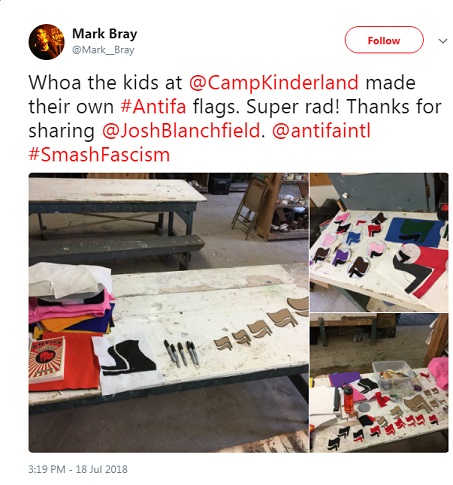 A look at the image on the left, towards the bottom, you will see that at this kiddie commie camp, is a copy of Bray’s Anti-Fascist handbook.

That handbook was described back in September 2017 by Steve Kurtz after having read the book:

Bray spends most of his time tracing the history of the movement, but finally gets to the heart of the matter, and the argument isn’t hard to follow. In essence: tolerance and reason don’t work, and you don’t wait for a small problem to get bigger, so let’s start beating heads.

There are obvious objections to this. And though Bray struggles mightily to overcome them, he’s simply not up to it. Of course, no one is.

But as a result of this close-minded thinking, we’ve got a violent movement convinced it has the right to be judge, jury and executioner because it has identified a deserving enemy.

Now even if this worked in theory, we already know it doesn’t work in practice. Because the guardians of goodness who fill Antifa’s ranks don’t just shout down neo-Nazis and other racists who deserve total condemnation (but not the loss of their constitutional rights). They also disrupt and commit violence at mainstream Republicans rallies, and attack anyone they’ve deemed unacceptable.

In other words, Antifa gets to decide who the fascists are, and don’t look now, but it’s you.

Mind you, Bray does attempt to explain what fascism looks like. Its hallmarks include a preoccupation with victimhood, a cult of purity, abandonment of liberty and redemptive violence.

I know, you’re ahead of me – that sounds like the Antifa movement. But they can’t be fascist because … Bray says they can’t. Fascists can only be the people who don’t share the left’s views on race, gender and immigration (their views at present, that is – not necessarily what they believed a generation or two ago).

Something else revealed back in September 2017, by Politico, is that the FBI and DHS officials  “have been warning state and local officials since early 2016 that leftist extremists known as ‘antifa’ had become increasingly confrontational and dangerous, so much so that the Department of Homeland Security formally classified their activities as “domestic terrorist violence.”

The images from week three from 2018 on Kinderland’s website, shows the activism and indoctrination to Democratic socialist policies do not end with making Antifa flags, but include signage and cakes with “Black Lives Matter/Ferguson” written on them, and signs that say “Raise Our Pay $15.” 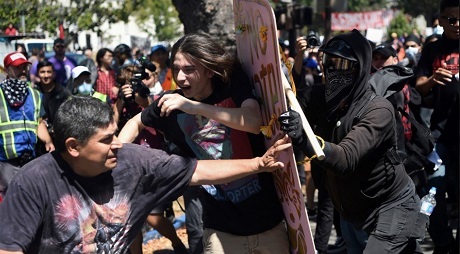 RADICALISM IS NOT THE ‘FRINGE’ LEFT, IT IS NOW MAINSTREAM DEMOCRATS

Those are issues and groups generally associated with progressive Democrats, or radical liberals, as is the case of those supporting Antifa and BLM, both groups who have become synonymous with violence as part of their protests.