More and more people are becoming aware of and concerned about the level of political dialogue going on right now. We’ve gotten to a point where I’m seeing almost no intelligent debate about any serious issue. Russiagate now consumes such a massive amount of our collective energy, it feels we’ve become nearly incapable of discussing anything else. Even worse, Russiagate has morphed into a creepy D.C. establishment religion where merely demanding evidence for the wild claims being made gets you labeled a traitor or Putin agent. Ironically, average Americans don’t care about the issue.

When Gallup recently asked Americans what the most important (non-economic) problem facing the country today is, the amount of people saying Russia was so low they couldn’t even attribute a number to it. 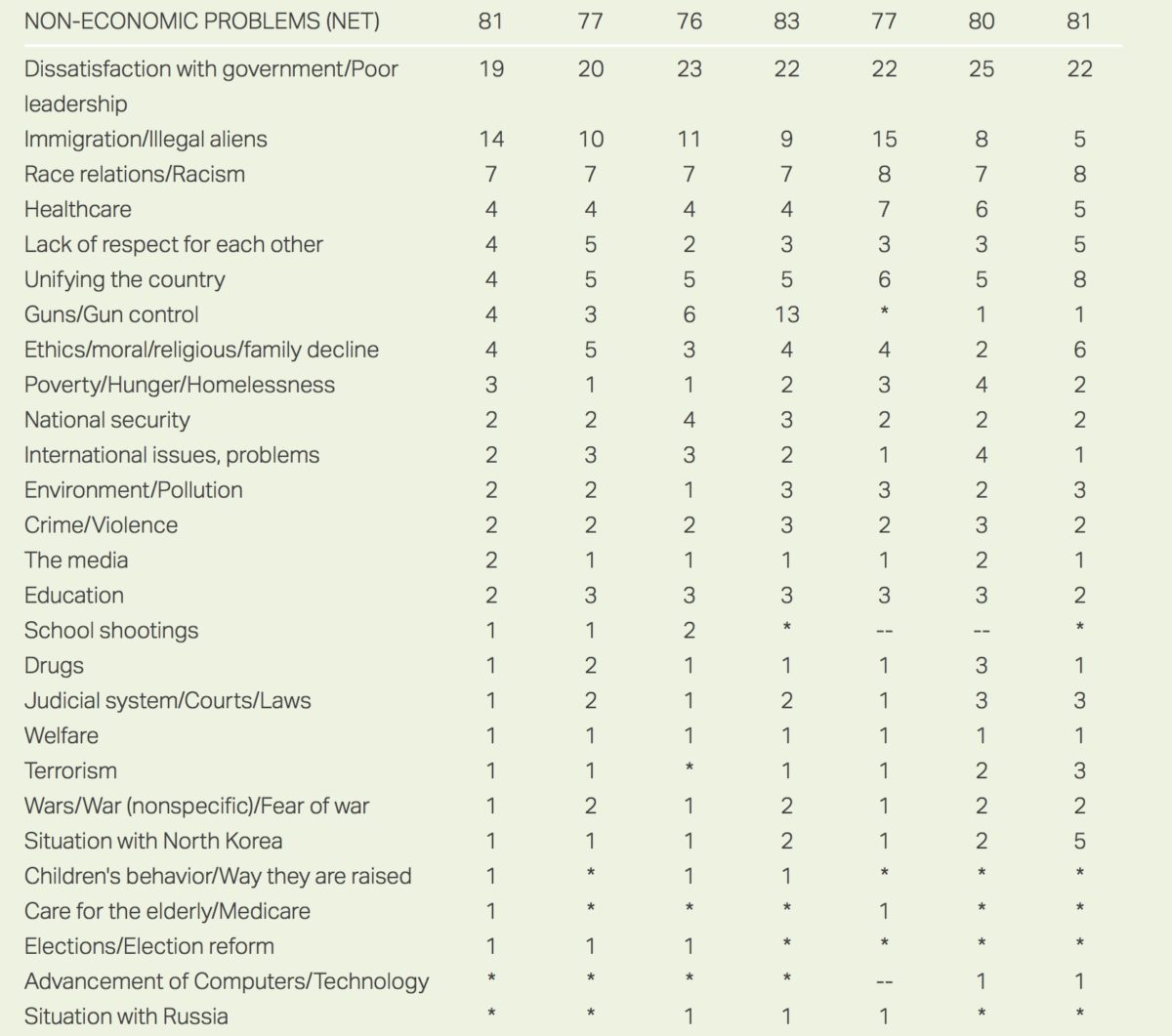 Think about that. We’re being divided into two camps of increasingly insane and angry people because of hysteria surrounding an issue nobody even cares about. As usual, we can thank mass media for turning this topic into its singular obsession as well as promoting an environment of cultural insanity and stupidity.

As a result, people aren’t having intelligent conversations with one another. They’re just yelling at each other. The dialogue feels more like a political hunger games where people see everything as a linguistic competition of kill or be killed. Language itself has become debased as individuals try to one up each other with name calling and hyperbole. Demonizing and dehumanizing the other side appears to be the primary goal, which will only lead to a very bad place if we don’t take a collective deep breath.

This is the level of dialogue in American politics right now.

You’re all a bunch of dangerous idiots.

One of the more discouraging and sad parts of the current environment is watching many of Trump’s opponents, who define themselves by being ethical, completely toss this aside in their furor at Trump. A recent tweet by liberal hero Shaun King perfectly proves the point.