Russia, not the United States, is suddenly the land of opportunity for migrant farmers and African refugees

Russia, not the United States, is suddenly the land of opportunity for migrant farmers and African refugees by Ken Schortgen, Jr. – The Daily Economist

Perhaps one of the biggest ironies to emerge globally in the so-called ‘refugee crisis’ is that while both the United States and Europe seek to close their borders with new immigration laws, one nation is actually welcoming in migrant farmers from Africa who truly fall under the label of requiring amnesty.

This group of people desperately needing refuge of course are the long-time white farmers and land owners from South Africa who are being brutalized, tortured, and even killed by the apathy of the communist black run government that recently passed laws allowing for the nationalization and redistribution of lands held by these farmers for hundreds of years.  And while the United Nations and most of the world does nothing in the wake of this illegal genocide, it is the ‘vilified’ state of Russia who is stepping up to welcome these refugees in to their growing land of opportunity. 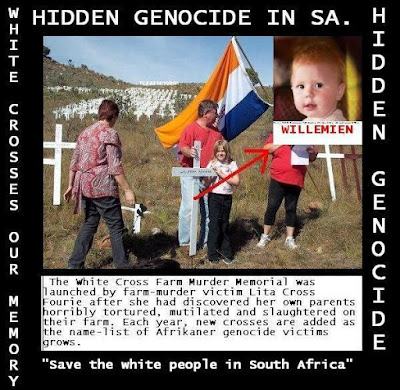 Up to 15,000 Boers, descendants of Dutch settlers in South Africa, are planning to move to Russia amid rising violence stemming from government plans to expropriate their land, according to the delegation.

“It’s a matter of life and death — there are attacks on us. It’s got to the point where the politicians are stirring up a wave of violence,” Adi Slebus told the media. “The climate here [in the Stavropol region] is temperate, and this land is created by God for farming. All this is very attractive.”

The new South African government lead by President Cyril Ramaphosa has pledged to return the lands owned by white farmers since the 1600s to the black citizens of the country. The government said it is planning to put an end to what it calls the legacy of apartheid, where most of South Africa’s land is still in the hands of its minority white population.

Rights groups have said the initiative incites violence. There were 74 farm murders and 638 attacks, primarily against white farmers, in 2016-17 in South Africa, according to data by minority rights group AfriForum.

The farmers are ready to make a contribution to Russia’s booming agricultural sector, according to Rossiya 1. Each family is ready to bring up to $100,000 for leasing the land. – Russia Today

It is amazing how immigration can work as a win-win for both the immigrant and the welcoming country when it is done legally, and where the incoming peoples have something viable to offer their new country.  And it is even more so when these individuals and their families are truly victims  that require refugee status as opposed to the fake refugees being shuttled into Europe by the hundreds of thousands that simply rush to join the welfare roles and create chaos through vast amounts of criminal activity.

More at The Daily Economist>>>