If the hyperbolic reactions and media coverage before president Trump announced Judge Brett Kavanaugh as his second Supreme Court pick weren’t deranged enough, the media-induced hysteria after the prime time reveal, is nothing short of completely unhinged.

While Judge Kavanaugh is by all accounts, respected and admired throughout the judicial community, the opposition and protests that were pre-planned were not the spontaneous grassroots demonstrations that liberals and the media want Americans to think they were.

Multiple examples prove conclusively that no matter who President Trump nominated, they were going to be labeled as “dangerous” and “extremist,” as liberals and the propaganda arm of the Democratic party, otherwise known as the MSM, took the airwaves and social media to declare that once again the world as we know it is ending.

The first example of the pre-planned nature of opposing and protesting any candidate that was nominated comes from the organization known as The Woman’s March, where they were in such a rush to send out their pre-written release, where all they would have to do is fill in the name of the chosen nominee, they forgot to do so in the top paragraph and misspelled his name in the second. 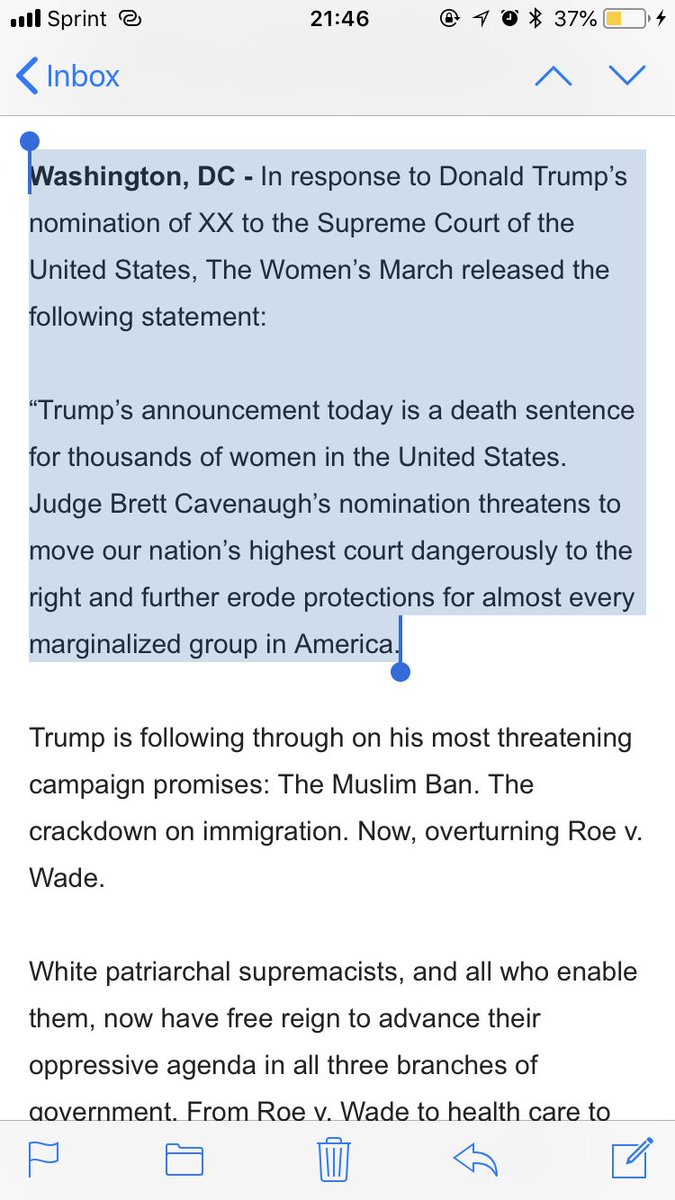 Another group that seemed to rush their statement out without “fixing” it before the release comes from Democracy for America (or DFA), who managed to get Kavanaugh’s name right, but forgot to change the “she” to a “he” in their release. 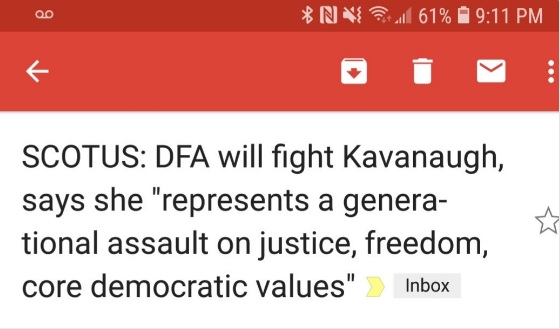 As a side note: By calling Kavanaugh a “she,” in liberal-speak, doesn’t that mean they “misgendered” him? Where is the outrage!??!

The second example showing the protest outside the Supreme Court was astroturfed, which is when monied groups or sponsors, artificially elevate a “protest” by organizing and funding it, while attempting to make it look like a spontaneous grassroots protest, comes from the amount of professionally created premade signs, listing the names of three different possibilities, rather than just the person that was nominated.

OAN Correspondent, Jack Posobiec, managed to capture an image which he shared on social media with the message “Sign-printing business is booming. Trump economy!” 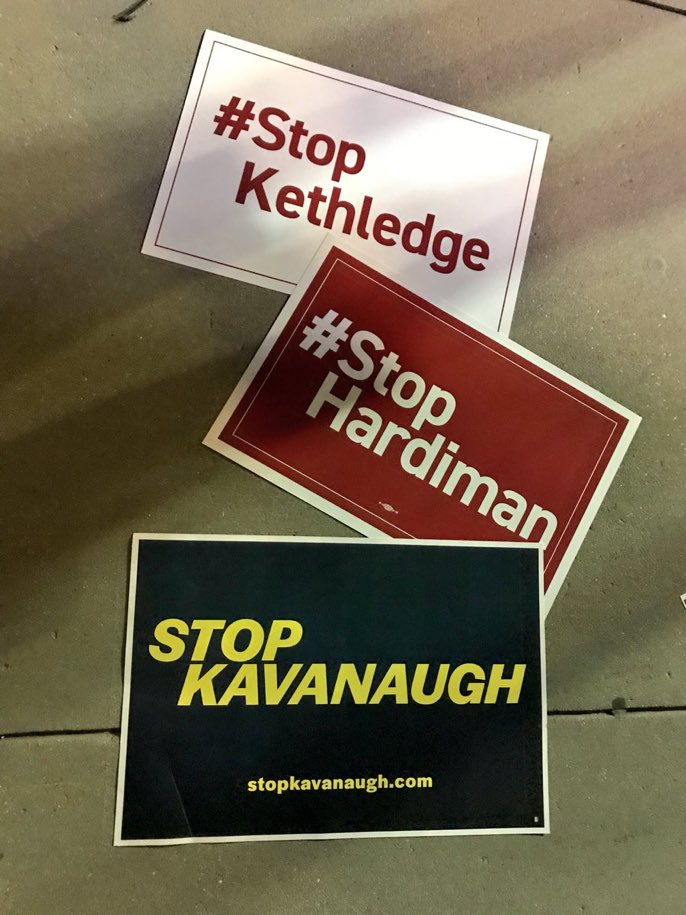 As Washington Post’s Dave Weigel highlighted, before Kavanaugh was even done speaking at the press conference set up to reveal President Trump’s pick, the group Demand Justice already had uploaded their opposition advertisement, via a 30 second video. There was no way to create and publish a new video before the presser was even concluded, showing conclusively they had these ads made up for each of the short list of possible nominees before the announcement and just ran with the one that applied.