CATO: Illegal Immigrants More Likely to Commit Crimes than Ones Who Came Legally

Cato chose Texas because the Texas Department of Public Safety (DPS) cooperates with immigration officials and therefore has more accurate breakdowns of crimes and arrests by immigration/citizenship status, the report states. While the report seeks to paint a picture that illegal immigrants commit fewer crimes than native-born Americans, it also shows that people who come to the U.S. by illegally entering the country in violation of laws are much more likely to commit additional crimes than people who immigrate here by following the law.

The report looks at Texas DPS crime statistics for 2015. 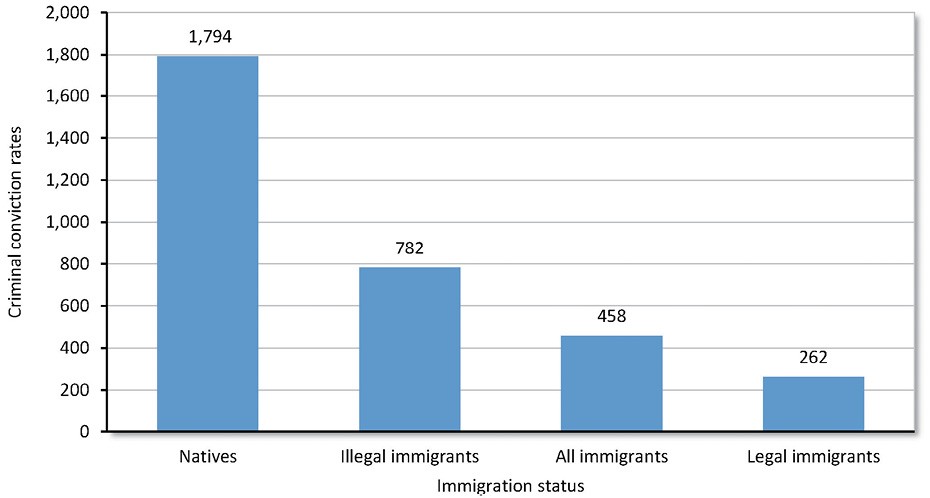