Texas Gold Depository could be a central bank alternative if enough people choose to accept gold as money by Ken Schortgen, Jr. The Daily Economist

After years of legislative and infrastructural legwork, the state of Texas officially opened their Gold Depository last week.  And with gold and silver both being recognized by the state as money and legal tender, the potential for Texans to wean themselves off the central bank debt based system is extremely high. 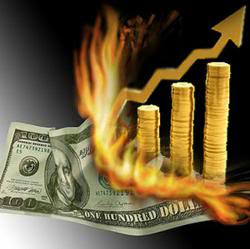 That plan has now become a reality, as the Texas Bullion Depository opened in Austin on June 6. The opening of the facility represents a shift away from the federal government’s and the Federal Reserve’s monopoly on money. More accurately, we should say, away from Americans’ forced reliance on the government’s fiat currency in place of real, gold-backed money.

When Abbot signed the bill into law three years ago, he said, in part, “The Texas Bullion Depository will become the first state-level facility of its kind in the nation, increasing the security and stability of our gold reserves and keeping taxpayer funds from leaving Texas to pay for fees to store gold in facilities outside our state.” – New American

However there is one important factor that needs to be addressed if this is ever going to happen, and it is for the same reasons why the central bank focuses on keeping gold and silver prices depressed… without confidence you will never get that critical mass necessary to effect the status quo.

And sadly, the majority of Americans have no idea about the value of gold.

More at The Daily Economist