Another ‘Deplorable’ Phenomenon Is Rising Across The Internet – Is The Much Talked About ‘Blue Wave’ Turning Red?

Another ‘Deplorable’ Phenomenon Is Rising Across The Internet – Is The Much Talked About ‘Blue Wave’ Turning Red? By Susan Duclos – All News PipeLine

During the 2016 campaign season we witnessed the political class, the establishment Republican and Democratic politicians, the liberal media and  the majority of polling organizations, consistently ignore the growing support Donald Trump was receiving from heartland states.

We saw liberal media pundits attempt to explain to their audience why people supported Donald Trump, without bothering to actually ask those same people. Hillary Clinton and the media labeled them racist, sexist, Islamophobic, etc, etc….. aka “deplorables.” NeverTrump Republicans climbed up on their high horse to talk down to those that dared go against what they were being told to do by their “betters.”

We saw media organizations produce poll after poll claiming that Hillary Clinton was a shoe in, right up until the general election night, when Trump won.

We saw establishment Republicans declare the Trump candidacy dead in the water with every new outrage, while establishment Democrats laughed at any suggestion that Clinton would lose.

Across the board they got it wrong, but the reason they got it so wrong was because they completely ignored anything they didn’t want to “see.” Refused to report on anything that didn’t fit their narrative. Forgot that human beings can be contrary beings and when informed in a high and mighty tone that “you can’t do that,” many times, they respond with “wanna bet?”

After the election liberals declared their #resistance, the liberal media became the opposition party after crying on-air, Republican establishment figures started working to obstruct, and NeverTrumpers decried those heathens that elected Donald Trump.

The bottom line for 2016, was everyone but Donald Trump ignored the forgotten and the newly awakened.

Heading into the 2018 mid-terms, they are all making the same mistakes they made in 2016.

For Democrats, taking control of the House of Representatives should have been a slam dunk, historically speaking, but once again, whole groups of people are being completely ignored by those that cannot acknowledge anything they don’t want to see.

Since the advent of the current two-party system (39 midterm elections) we’ve averaged the President’s party losing 4 Senate seats and 30 seats in the House. If that happens this year Democrats would retake control of both chambers of Congress. Democrats only need to flip two Senate seats to retake control and they need 24 seats in the House. History is on the side of the Democrats reclaiming control going into this cycle.

Here is a visual from the American Presidency Project: 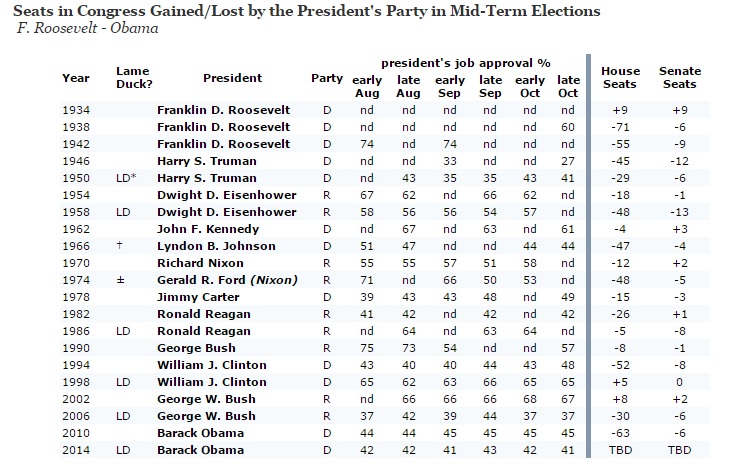 IGNORING THE FORGOTTEN AND THE NEWLY AWAKENED

With the president’s approval numbers rising, unemployment falling to an 18 year low, black unemployment plunging to historical lows, Hispanic unemployment falling to the lowest numbers in a decade, the economy is looking good, consumer confidence has hit a 17 year high, and the tax cuts recently passed are growing in popularity, especially among those that see a little more each week in their take-home pay,  we see another “deplorable” phenomenon rising across the Internet.

All segments of society that every election year politicians talk about helping, then do nothing about, are now starting to notice they have not been forgotten this time around.

These are people that the media talking heads, Democratic politicians and pollsters are once again forgetting and/or ignoring.

I have been observing social media interactions and have been watching this phenomenon grow exponentially.

Prominent African Americans, such as Larry Elder, Sheriff David Clark and many, many others are speaking out vocally for president Trump and where younger African Americans are showing up in droves wearing MAGA hats, speaking out, with a push from others to “free themselves” and support those helping them rather than those they have been taught they should be supporting. Many Hispanics online are no longer buying into the “Trump is racist” media narrative, and are waving pro-Trump signs.  Democratic support from Millennials has taken a nine-point plunge.